Update: At the White House, the Purge of Skeptics Has Started

Both Legates and Maue now head back to their home agency of NOAA, which will review the actions under its scientific integrity policy. https://t.co/T47hV262eQ

BREAKING: The White House has dismissed David Legates and @RyanMaue for their role in producing papers questioning the seriousness of climate change without approval: https://t.co/Fkjwf7aSHJ pic.twitter.com/3sIQD0U62l

Betsy Weatherhead, in charge of the U.S. government's National Climate Assessment, pushed back against the validity of the unauthorized papers led by Trump Appointee David Legates, which questioned the seriousness of climate change.
Updated story: https://t.co/Fkjwf7aSHJ pic.twitter.com/ej4j6DG8MY

Late last year, several of us were asked by David Legates (White House Office of Science and Technology Policy) to write short, easily understandable brochures that supported the general view that there is no climate crisis or climate emergency, and pointing out the widespread misinformation being promoted by alarmists through the media.

Below are the resulting 9 brochures, and an introduction by David. Mine is entitled, “The Faith-Based Nature of Human Caused Global Warming”.

David hopes to be able to get these posted on the White House website by January 20 (I presume so they will become a part of the outgoing Administration’s record) but there is no guarantee given recent events.

He said we are free to disseminate them widely. I list them in no particular order. We all thank David for taking on a difficult job in more hostile territory that you might imagine.

Introduction (Dr. David Legates) – Federal government climatologist Dr. David Legates: “These flyers have been written by top scientists from leading institutions from around North America. The Office of Science and Technology Policy is pleased to bring you these briefs to further your understanding of climate change by learning from these learned scholars.”

Systematic Problems in the Four National Assessments of Climate Change Impacts on the US(Dr. Patrick Michaels)

Is There a Climate Emergency(Dr. Ross McKitrick) 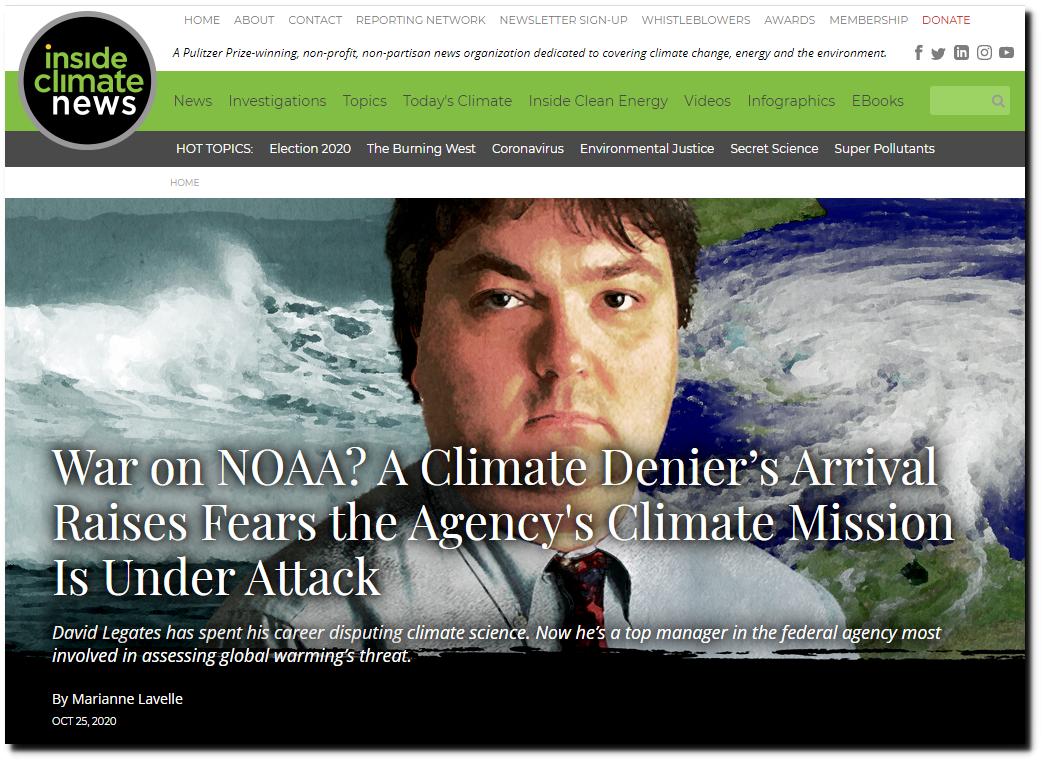