Longtime climate activist Roberts unleashes on fellow activists: ‘I am sick to f*cking death of hearing white men drone on about climate, myself included’

Sad: @drvox has lost his youthful enthusiasm about saving the world from a completely imaginary climate crisis?: "I am sick to fucking death of hearing white men drone on about climate, myself included" #ClimateBrawl #ClimateCultBurnout pic.twitter.com/g9Acs1xgqz

Bioethicist Insists Having Kids Is Bad For Planet Earth

Roberts has been known for his outrageous climate comments. In 2006, he called for Nuremberg style trials for climate skeptics. See: Flashback 2006: GRIST’S DAVID ROBERTS CALLED FOR NUREMBERG-STYLE TRIALS FOR GLOBAL WARMING SKEPTICS – Grist Magazine’s staff writer David Roberts called for the Nuremberg-style trials for the “bastards” who were members of what he termed the global warming “denial industry.”  Roberts wrote in the online publication on September 19, 2006, “When we’ve finally gotten serious about global warming, when the impacts are really hitting us and we’re in a full worldwide scramble to minimize the damage, we should have war crimes trials for these bastards — some sort of climate Nuremberg.” 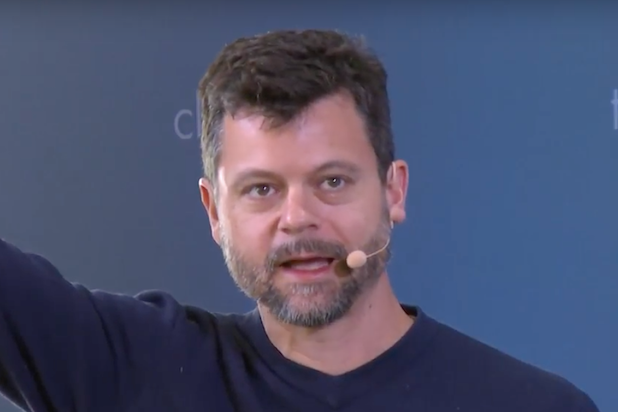 David Roberts
But Roberts also has a long history of blunt talk and willingness to critique his fellow climate activists. In 2011, Roberts lamented that then Current NASA lead climate change scientists Dr. James Hansen had destroyed his credibility by getting arrested multiple times protesting climate.

Roberts has also targeted former Vice President Al Gore. See: The ‘Spockesque’ Al Gore is back — but warmist David Roberts askes: ‘Why on earth is Al Gore the only major American figure who’s made this his signature issue?’ – ‘The former vice president is by nature ‘Spockesque,’ Roberts acknowledged. He loves facts, loves learning, is simply not suited to emotional storytelling’

Prof. Pielke Jr. rips Roberts: ‘Strike Two! Not satisfied with his first rationale for why it is OK for enviros to ignore science, [Roberts] tries again’

Warmist David Roberts of the enviro-mag Grist: ‘Gonna talk Rio + 20 on the radio in a little while. Does anyone have anything positive I could say? Because I’m coming up empty’

Flashback: Greenie David Roberts of Grist turns on NASA’s Hansen: ‘I know I’m not supposed to say this, but Hansen managed his transition from scientist to activist *terribly*. All influence lost’

Warmist David Roberts: ‘Those who strongly support climate action…tend to be quite ignorant of the scientific details. People who reject climate science tend to know the most about it’

Climate Depot note: David Roberts is not open to the free exchange of discussion on climate. He blocks climate skeptics, including Climate Depot.