Brian Kilmeade: “Marc Morano is going to the Glasgow green summit. Marc, can I recommend a food taster? Just to make sure?”

Morano: “You’re right, I might need a tester. I go to UN climate summits all the time and sometimes I get escorted out by armed UN cops.” How many times do we have to save the Earth?

Schwarzenegger gets it right: ‘Nothing is getting done’ at UN climate summits – Echoes Greta’s ‘Blah Blah Blah’ analysis 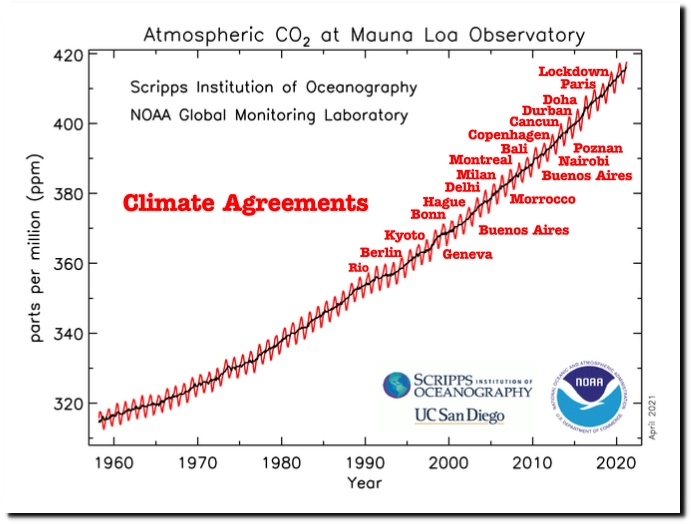 ‘Fraud, Fake…Worthless Words’: NASA’s James Hansen on UN Paris Pact – “[The Paris agreement] is a fraud really, a fake…It’s just worthless words. There is no action, just promises. As long as fossil fuels appear to be the cheapest fuels out there, they will be continued to be burned.”

2019: Progressive feminist Naomi Wolf rips the Green New Deal as ‘fascism’ – ‘I WANT a Green New Deal’ but ‘this one is a straight up power grab’

The United Nations admitted that the much-hailed 2015 “historic” UN Paris climate pact did not “save” the planet and is instead “not enough” to prevent a climate change catastrophe! Despite being praised by former Vice President Al Gore, former Sec. of State John Kerry and many others, it appears the UN is demanding even more climate “action” to address what it claims is a climate problem.

UN in 2019: We must change food production to save the world, says leaked report – Cutting carbon from transport and energy ‘not enough’ IPCC finds

But Climate Depot’s Morano warned in 2015 that the UN Paris climate pact was only the beginning:

The reality is those so-called climate solutions like the UN Paris pact, cap-and-trade and carbon taxes are never enough for climate campaigners. Years later, the UN even admitted that the Kyoto protocol failed.

See: Reality Check: Every UN Climate Summit Hailed as ‘Last Chance’ To Stop ‘Global Warming’ Before It’s Too Late– Previous ‘last chance’ deadlines turned out to be — well — not the ‘last chance’ after all. –

“This was the last chance,” said Miguel Arias Canete, Europe’s climate chief about the UN Paris pact. “And we took it.”

There's a monster lurking in Scotland, and it isn't in Loch Ness this time! CFACT is headed to #Scotland for #COP26, the UN climate summit!

Stay tuned for news, analysis, and our signature activism as we expose what's happening behind the scenes: https://t.co/QqyFGcgB8V pic.twitter.com/czy4yWKfut 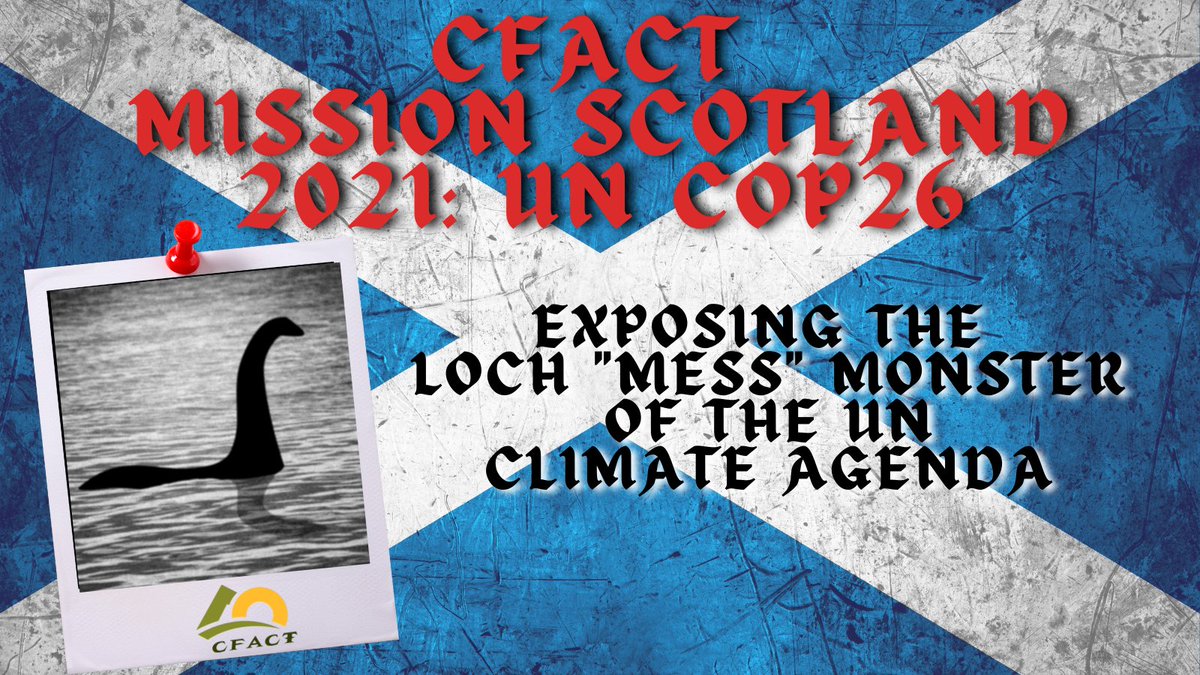