Model Based Study: Northwest heat wave impossible without climate change: “They logged observations of what happened and fed them into 21 computer models and ran numerous simulations. They then simulated a world without greenhouse gases from the burning of coal, oil and natural gas. The difference between the two scenarios is the climate change portion.”

“Here we go again. Any heatwave, hurricane, tornado outbreak, etc. are always used by the media and other climate activists as some kind of ‘proof” of a climate emergency.  At least these claims are more plausible than claims that building collapses or illegal immigration are caused by “climate change.”

But currently, the global satellite temperature for June 2021 is below the 30-year average. And despite the U.S. heatwave, there are plenty of record cold outbreaks happening around the globe, (See: Unusually strong cold weather outbreak spreads from Antarctica into central South America, bringing early winter temperature records and first snowfall after decades)

The media gaslights anyone who mocks ‘global warming’ on a record cold or snowy day but has no problem doing the exact same thing whenever it’s hot. As University of Alabama climate scientist John Christy’s research has found: “About 75% of the states recorded their hottest temperature prior to 1955, and over 50 percent of the states experienced their record cold temperatures after 1940.”

In addition, the EPA’s own data has shown that the 1930s U.S. heatwaves were far more severe than current temperatures. (2021 Update: EPA puts inconvenient data on 1930s drought and heat wave down the memory hole)

In short, it is unscientific and nothing short of political lobbying to jump on a heatwave to claim ‘proof’ of man-made global warming. Climate activists’ new motto should be: Never let an opportunity go to waste to blame a heatwave or a flood or hurricane or building collapse or immigration — on ‘climate change.’ 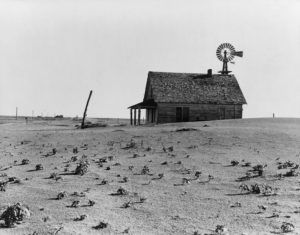