New paleoclimate records from Europe, Scandinavia-Russia, China, and the northeastern USA indicate there has been no unusual modern warming. Instead, these newly published reconstructions show warmer periods and more rapid centennial-scale warming events occurred in past centuries, or when CO2 concentrations were much lower than they are now. 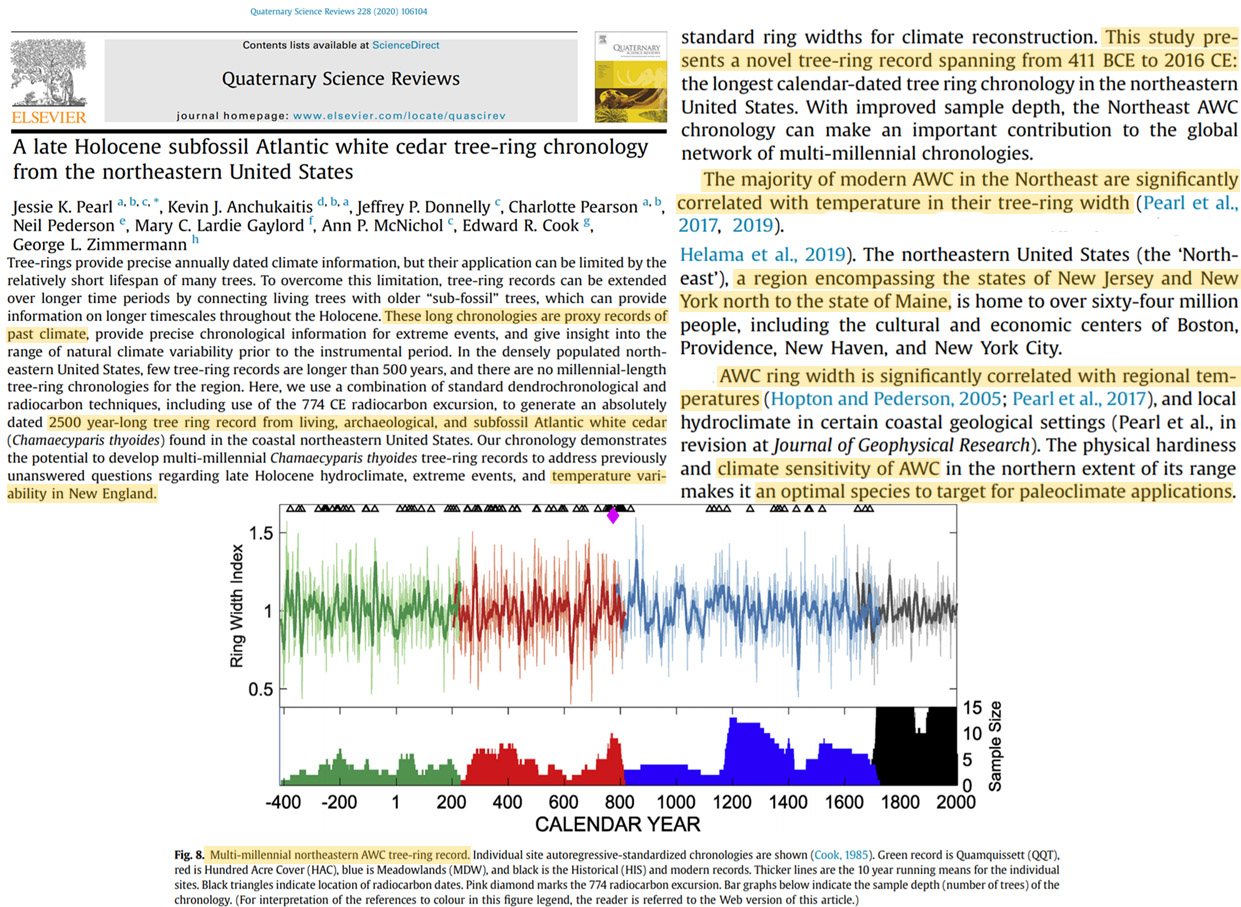 For example, the temperature record suggests it warmed 0.37°C to 0.85°C within the last century. During the Roman and Medieval warm periods as well as the 19th century, regional temperatures rose at much faster rates of 1.37°C to 3.31°C per century.

Further, the record shows regional temperatures were warmer during the first millennium than during the last century. 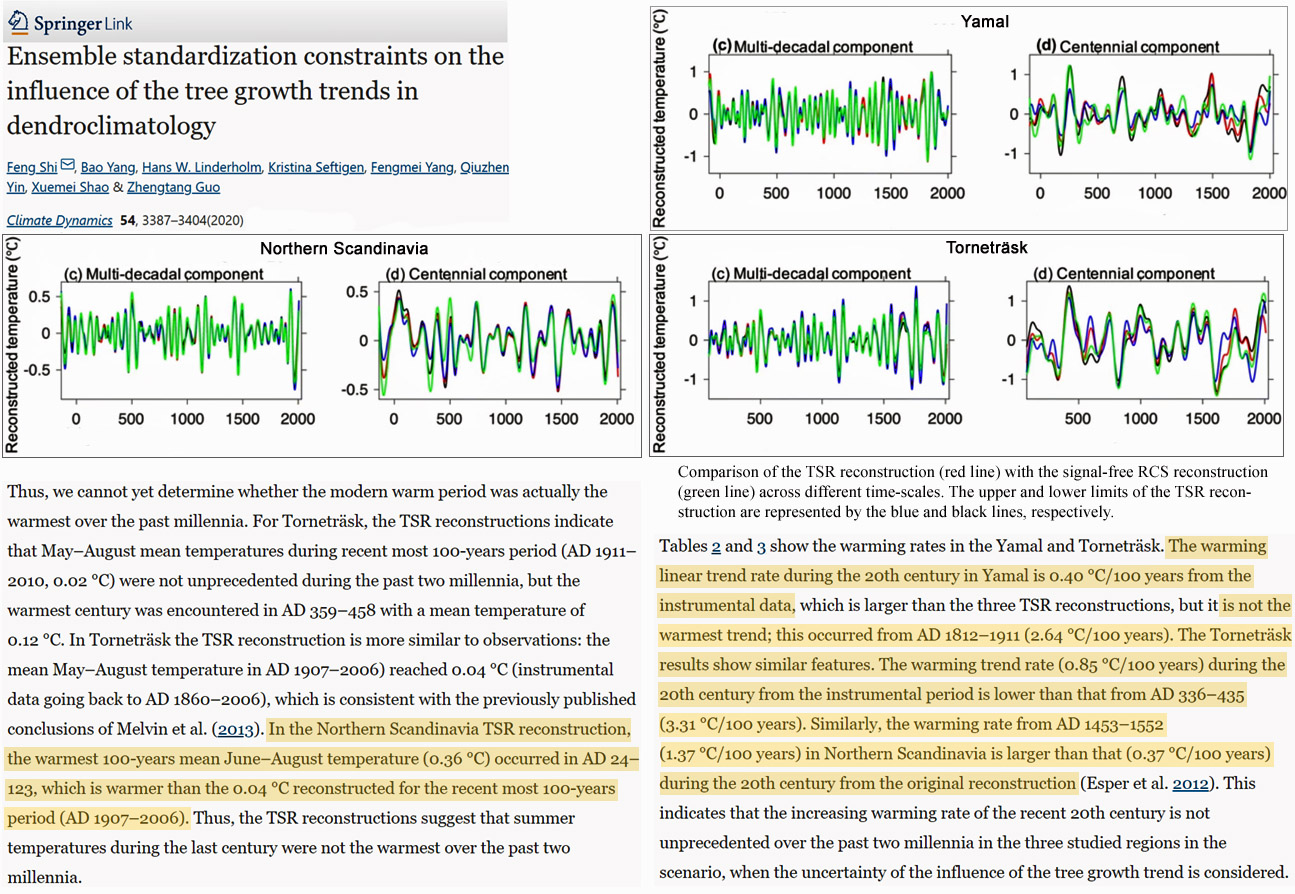 Using ice cores, tree rings, lake sediments, and stalagmites from 28 proxy temperature reconstructions from throughout the “whole country” of China, Hao et al., (2020) find the “longest warm period on the centennial scale” occurred during the 10th to 13th centuries, or during the Medieval Warm Period (MWP).

The two warmest 30-year periods during the MWP are also “comparable” to the warmth of the most recent decades. 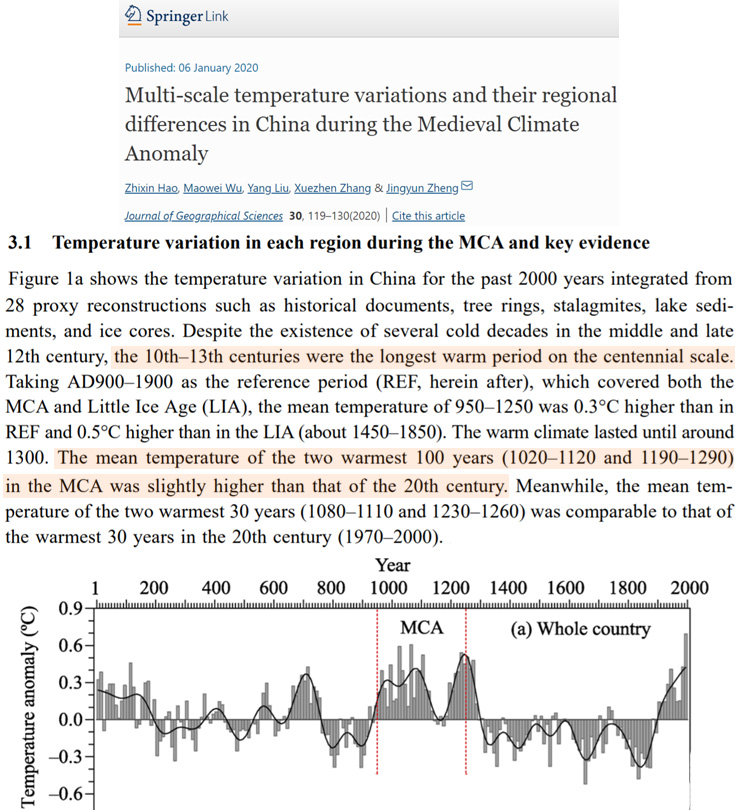 None of these Northern Hemisphere temperature reconstructions indicate there has been any unusual modern warming relative to the natural temperature variations of the last few millennia.