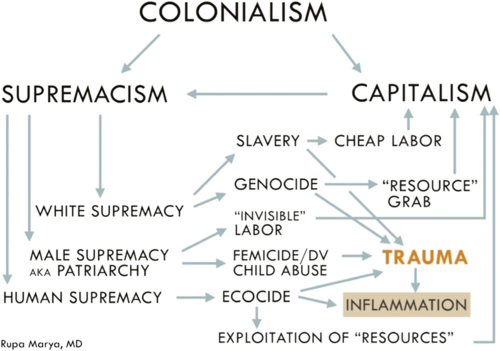 Abstract excerpts:  "In this paper, we synthesize literature from Critical Whiteness Studies and Critical Race Theory to articulate analytic markers for whiteness, and use the markers to identify and analyze whiteness as it shows up in an introductory physics classroom interaction.  ...

Alongside our discussion, which imagines new possibilities for physics teaching and learning, we hope our work contributes to Critical Whiteness Studies’ goal of dismantling whiteness."

Below is the reaction from Statisian Dr. Matt Briggs on his thoughts about the wacky new paper.

The American Physical Society publishes the premiere journals in physics. 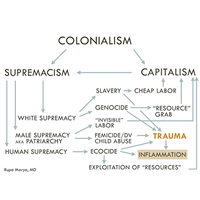 Observing whiteness in introductory physics: A case study
Whiteness shapes many practices in physics classrooms that are often thought to be neutral.
https://journals.aps.org/prper/abstract/10.1103/PhysRevPhysEducRes.18.010119

“Within whiteness, the organization of social life is in terms of a center and margins that are based on dominance, control, and a transcendent figure that is consistently and structurally ascribed value over and above other figures.”

It is the direct result of quota hiring in physics, and the natural consequence of pretending those hires have value.

The less able must still publish, they cannot do physics well, and they know it, so they focus on grievances.

“Her research interests center around instructional approaches that seek to understand and build on students’ intuitive ideas in science.”

https://spu.edu/academics/college-of-arts-sciences/physics/faculty-staff/robertson-amy
Broadening participation in physics would, after a point, reduce the value of physics. It becomes like expansion teams in professional sports. There are only a few who are top performers. Broadening the league to make it “inclusive” waters down average performance.

The second author is W. Tali Hairston, the Director of Community Organizing, Advocacy, and Development of the Seattle Presbytery. He is black. seattlepresbytery.org/staff-director…

He describes himself as a “foodie”. He lists no physics experience and thus is no judge of physics teaching. To discover “whiteness” in physics teaching, our authors rely on this chart. All roads lead to capitalism, or to trauma.

There is no physics here.

The entire paper is given over to taking pictures of a physics teacher as he draws on a “whiteboard”. As he does, he necessarily has to face the board and not the students. This is a form of whiteness.

What is this “whiteness”?

Well, it is “invisible.” Only Experts like our authors can see it. They will teach us The Way Of Seeing.

One of their goals is “making whiteness visible is one way to disrupt white dominance.”

This is still not a definition of whiteness. Which they never offer. We can see its effects, though.

“whiteness then maintains dominance: invisibility helps ‘foster the illusion that those who succeed do so because of their superior intelligence, their hard work, or their determination, rather than, at least in part, their privilege'”

Hard work, intelligence, determination are nothing. Privilege, which comes through being white, is the real reason for success.

Yet whiteness is “not a biological reality”.

It therefore must be like a noxious gas, invisible and tasteless. Which can only be seen by adepts.

This is confirmed in their notion that “Proximity to whiteness” causes success for whites (and presumably Asians), and less than success for non-whites.

Focusing on merit is one of several “frames of race evasiveness”.

To prove all this they use only the best pseudoscience “We draw on tools of interaction analysis [59], including discourse, gesture, and gaze analysis, to unpack how whiteness is being constituted locally or interactionally.”
Maybe the best part of the paper is buried deep withing, and contains this confession from the female author.

Notice she starts by whining about her health, seeking sympathy, then notes her thin “privilege.”

She never gives any indication in any of her published works that she understands any physics, however.

This is only the start of her confession. A much larger paragraph follows, in which she says “Though ableism and white supremacy are different, systems of oppression overlap and share mechanisms of control and dominance”.

Then comes the black guy’s “confession”.

Hariston is a “lifelong learner,” a confession which is supposed to overcome his demonstrated ignorance of physics. Indeed, it does not appear that he ever sat in on even one physics class in his life.

Being black excuses him from this, because physics is whiteness.

Hilariously our black man “identifies with the larger historical narrative of pre-enslavement and precolonial African rootedness.”

Not that he himself was part of it. But he identifies with it. Maybe this is what made him a “foodie”.

We are never told exactly, but the teacher is called “Iris”, and there are three students, “Drake”, whole is “middle Eastern”, and two females.

“Drake”, who understood the lecture, launches into an explanation on the “whiteboard” to show how a tank of water is heated. The two females in the class struggle to understand the lecture.

One of them is “Gail.” And we’re treated to dialog like this:

“Gail: Well if it, if it was at 99 degrees, and we raise it to 100 then it might? (Might is inflected up, and Gail’s gestures indicate this is a question.)”

This kind of thing goes on for PAGES.

“Paris and Gail’s attention, which is divided; even as they engage in their own sense making, they also attend to Drake and the representation he is constructing.”

Was I joking about whiteboards? No.

“whiteboards have been shown to have a number of affordances when they are used as a collaborative tool that all members have access to [88], in this episode, they also play a role in reconstituting whiteness as social organization. ”

Here’s how academics aggrandize themselves:

“whiteboards display written information for public consumption; they draw attention to themselves and in this case support the centering of an abstract representation and the person standing next to it, presenting.”

This falls under the category “No shit Sherlock.” But it’s elevated to scholarship by jargon and ideological mania.
Their astounding conclusion is that “Drake and the representation he is constructing are centered, and Gail and Paris’ sense making and contributions are marginalized,”

In other words, the girls didn’t do as well as the boy, and the only possible reason for this is whiteness. Even though the boy is not classed by them as white.

How did the whiteness rub off on him and not the girls?

That’s the special power of whiteness.

Therefore, if we remove whites, perfect Equality will result.

The authors of this paper are midwits, at best, and the paper itself self-contradictory meandering prolix gibberish.

Yet it still got published, because either the editor is a coward or a midwit himself. Likely the former plays more a role.

No one inside academia has the cojones to say “This is asinine. Go away.”

And so the zealots are encouraged, promoted, and then come to tyrannize the field with their idiotic notions.