1979 NYT: “Boats could be launched from the bottom of the steps of the Capitol’ in DC –‘Experts Tell How Antarctic’s Ice Could Cause Widespread Floods - Mushy Ice Beneath Sheet’]

1922: 'Mountain after mountain of [Antarctic] ice will fall into the sea, be swept northwards by the currents, and melt, thus bringing about, but at a much more rapid rate, the threatened inundation of the land by the rising of the sea to its ancient level.' - The Mail Adelaide, SA - April 29, 1922

1901: ‘London On The Border of Destruction’: ‘To Be Wiped Out By A Huge Wave’ - Queanbeyan Age – August 10, 1901 - Excerpt: ‘Geologists believe that this great ice sucker has reached the stage of perfection when it (Antarctica) will, break up again, letting loose all the waters of its suction over the two hemispheres, and completely flooding the low-lying lands of Europe, Asia, and North America.'

Imagine seeing the Lincoln Memorial surrounded by churning Potomac waters, or only being able to access the Pentagon by boat.

This is what D.C. might look like if the world continues its current greenhouse gas emission levels: https://t.co/tFInyS9ZFi pic.twitter.com/brDlcdk63p

This Is What Climate Change Will Look Like In D.C. 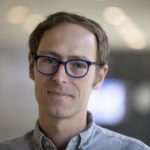 The Lincoln Memorial would eventually be on an island in the Potomac River, if world keeps burning fossil fuels.

The Lincoln Memorial, on an island surrounded by churning Potomac waters; Nationals Park, a bathtub surrounded by mid-rise office buildings flooded by the Anacostia River; the Pentagon, accessible by boat, with State Route 110 and the George Washington Memorial Parkway underwater.

These are images of the possible climate-change-induced future in D.C., if the world continues on its current trajectory of greenhouse gas emissions.

“The decision that we’re all making right now is which trajectory we’re going to take,” says Andrew Pershing, director of climate science with the nonprofit Climate Central. The group published a peer-reviewed research paper documenting the longterm threat that sea-level rise poses to the world’s coastal cities. As part of the project, the group generated images of at-risk cities around the globe, with projections of future sea-level rise, depending on emissions trajectories.

If the world continues on the current emissions pathway, we can expect roughly 3 degrees Celsius (5.4 degrees Fahrenheit) of warming by the end of this century. The Paris Climate Agreement aimed to limit warming to 1.5 or 2 degrees Celsius.