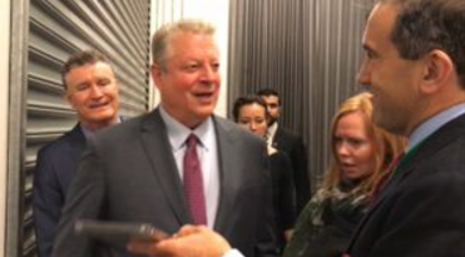 The key point? Several major, disastrous predictions Gore made in his 2006 film never materialized. But the media never stopped relying on Gore as a climate change authority. The Guardian, on May 20, characterized Gore’s film as a “landmark film about the climate crisis.” In April, The Washington Post conducted an interview with Gore headlined, “The Path Forward: Al Gore on Climate and the Economy.” Morano stated in effect that “[t]he more Gore’s climate predictions fail, the more authority the media granted him and portrayed him as infallible.” Morano panned Gore as a “dinosaur in an age when the evidence for climate has been redefined.”

The MRC asked Morano about the media’s obsession with Gore ever since his film was released. Morano said that “Gore as the media spokesman for the alleged climate crisis was quite simply the best thing ever to kneecap the whole climate movement.” Specifically, Morano stated that Gore being a “a highly divisive political figure” and living “a lifestyle not conducive to his professed low carbon ideals” had all but “guaranteed failure for so-called climate action in the U.S.” However, Morano said he believed that even “the media realize Gore’s star has faded” since his 2006 benign climate solutions are not really efficient for the woke era.

Now, the solutions to climate change “have morphed into canceling pet ownership, wishing death to ‘deniers’, ending white supremacy and defunding and abolishing the police,” Morano said. He added, “Gore has desperately tried to stay relevant with the progressives by going full woke on climate” by tying the issue to subjects like “white supremacists.” In other words, South Park’s “ManBearPig” now symbolizes climate racism. 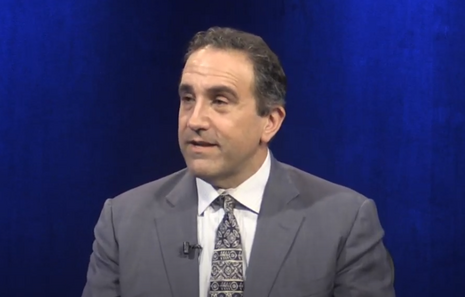 Morano gave a “Reality Check” to claims Gore made in the 2006 film that turned out to be fiction. First, Morano fact-checked Gore’s warning “of a 20-foot rise in sea level that would flood Manhattan in his 2006 film.” Morano shot back: “University of Pennsylvania geologist Robert Giegengack said, ‘At the present rate of sea-level rise it’s going to take 3,500 years to get up there [to Al Gore’s predicted rise of 20 feet].’”

Gore also made the nutty prediction that we would witness “the demise of the polar bears,” Morano said. Except, polar bears now are reportedly “at or near historic population highs, there have never been this many polar bears counted,” Morano countered.

Morano also pointed to Gore’s warning “of dangerous heat waves and the ‘hottest years’ on Earth would happen due to Earth’s fever.” In reality, Morano said, “Global temperatures have been holding nearly steady for almost two decades, according to satellites from the Remote Sensing Systems (RSS) and the University of Alabama at Huntsville (UAH).” He continued:

So-called ‘hottest year’ claims—based on surface data dating only back to the nineteenth century—are political statements designed to persuade the public that the government needs to take action on man-made climate change.

Morano ripped Gore’s claim that “increasing tornadoes, floods, droughts, hurricanes were on the way due to man-made climate change.” Morano said that “[o]n nearly every metric, extreme weather is on either no trend or a declining trend on climate timescales. Even the [United Nations Intergovernmental Panel on Climate Change] admitted in a 2018 special report that extreme weather events have not increased.”