Why is Biden energy sec. smiling!? Skyrocketing energy prices are all part of the ‘Green Fraud’ – Welcome Back, (Jimmy) Carter -2021: ‘Maybe Pipeline Terrorists Are Just Environmentalists’ – 2013: ‘We will dismantle the Pipeline…by any means necessary’ Climate Depot's Marc Morano, author of Green Fraud: Why The Green New Deal is Even Worse Than You Think, comments: "Climate activists from the Biden administration are smiling because skyrocketing energy prices are exactly what the climate and environmental agenda demands and has demanded for the past 50 plus years. From President Obama to President Biden, higher energy costs have been the plan to soften up Americans and the economy to prepare them for accepting less in order to impose the progressive vision on society.

The question looms: Will the Biden Administration seek out the terrorists who shut down the Colonial Pipeline or prosecute the company for moving oil through a pipeline and committing the alleged eco-sin of bringing fossil fuels to America?"

See: Obama called it in 2008! Get ready for electricity prices to ‘necessarily skyrocket’‘Put them in jail’: Biden demanded fossil fuel execs be locked up in 2019 & Net-Zero = ‘Soviet-style central planning’

Thomas Lifson: “Don’t you realize it’s good for you to learn to get along without fossil fuels? Did you realize that if you drive an electric car, this wouldn’t be a problem? Watch as a reporter’s question on whether the shutdown would ‘speed up’ the transition to green energy yields utterly inappropriate (and chilling, if you think about it) smiles from Granholm…Sacrifices are going to have to be made, and it’s the little people who must make them. Don’t expect Granholm to take the bus to work or swear off private jets..And don’t call what’s going on a ‘gasoline shortage’! That’s too reminiscent of Jimmy Carter. Call it a ‘supply crunch’! She’s got her glasses on to show how concerned and well informed she is, but the smiles still sneak through.” 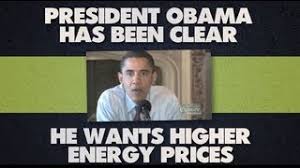 Obama called it in 2008! Get ready for electricity prices to ‘necessarily skyrocket’‘Put them in jail’: Biden demanded fossil fuel execs be locked up in 2019 & Noam Chomsky: Biden on climate is ‘farther to the left than any Dem candidate in memory’ & Net-Zero = ‘Soviet-style central planning’

Flashback 2011: Morano on Fox News on Obama’s energy policies: Sec. Chu said he favored gas prices at level of Europeans…Holdren once said the greatest ‘hazard’ in U.S. faced was cheap energy
An Inconvenient Statement on European gas prices, Retracted: Sec. Chu: ‘I no longer share that view. Of course we don’t want the price of gasoline to go up. We want it to go down’

Energy Sec. Chu: My Job is to Take the Pain Out of High Gas Prices — Despite Endorsing European-Style Gas Prices For U.S.
Flashback 2011: Morano on Fox News on Obama’s energy policies: Sec. Chu said he favored gas prices at level of Europeans…Holdren once said the greatest ‘hazard’ in U.S. faced was cheap energy – Morano: ‘When you have food on the table you have many problems, when you do not have food, there is only one problem’– Obama’s energy policy can be summed up: ‘The more the plans fail, the more the planners plan’
Flashback 1975: Obama Science Czar John Holdren warned U.S. ‘threatened’ by ‘the hazards of too much energy’– Flashback 1975: Former Obama Science Czar John Holdren Said Real Threat to USA Is Cheap Energy: ‘The U.S. is threatened far more by the hazards of too much energy, too soon, than by the hazards of too little energy, too late.’

John Holdren lamented the masses driving to the store to get beer in 1975! Holdren: “In a society that uses its 5,000-pound automobiles for half-mile round trips to the market to fetch a six-pack of beer, consumes the beer in buildings that are overcooled in summer and overheated in winter, and then throws the aluminum cans away at an energy loss equivalent to a third of a gallon of gasoline per six-pack, this ‘primitive existence’ argument strikes me as the most offensive kind of nonsense.”

Welcome Back, (Jimmy) Carter: ‘Economy was in the tank, inflation was rampant, gas lines were long’ – ‘At least in 1979 we weren’t locked down, masked up, & socially distanced’

‘There Is Not A Supply Shortage.’ Homeland Security Advisor Reacts To Concerns Of Fuel Shortages Following Pipeline Cyberattack

Welcome back to the 1970s!? 1,000+ Gas Stations Run Out Of Fuel; States Declare Emergencies

‘Maybe the Pipeline Terrorists Are Just Environmentalists’ – Flashback: ‘We will dismantle the Pipeline…by any means necessary’

2010: NASA scientist James Hansen endorses book which calls for ‘ridding the world of Industrial Civilization’ – Hansen declares author ‘has it right…the system is the problem’ — Book proposes ‘razing cities to the ground, blowing up dams and switching off the greenhouse gas emissions machine’ 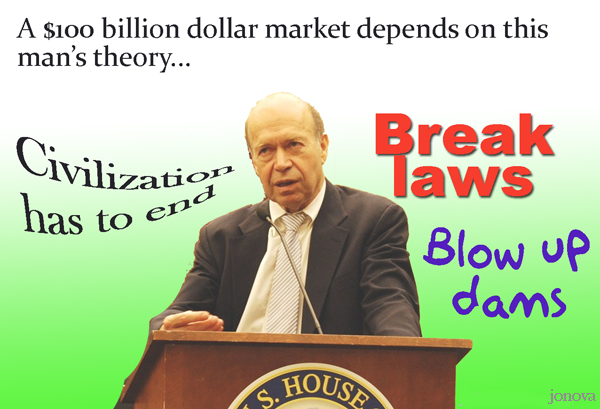