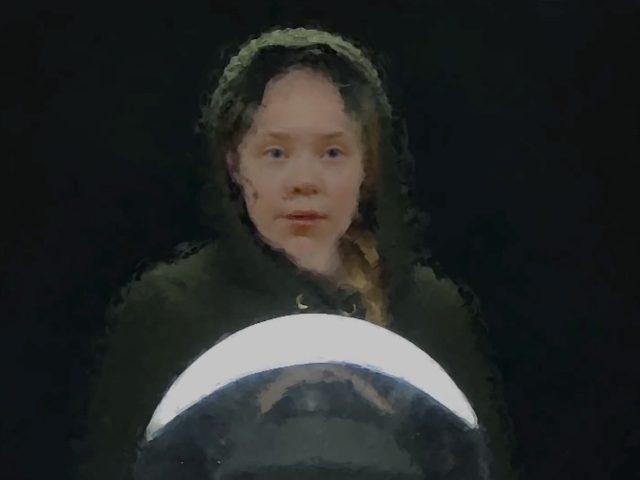 The animated music video sees a man visit a fortune-teller who presents him with a crystal ball. As the man gazes into it, he envisions melting glaciers and devastating floods decimating Manhattan, Paris, Seattle, and London, while wildfires sweep across Australia.

In an interview with Variety, the video’s director Josh Wakely confirmed that the physic was in fact Thunberg. Wakely added that the band had planned to film live footage but were forced to scrap those plans as a result of the Chinese coronavirus pandemic.

“Something Pearl Jam has done so extraordinarily well for 30 years is to speak truth to power and fire warning shots,” he said. “Several other Gigaton songs spoke to me, but this one kept me up at night.”

Wakely explained that he chose Thunberg because her presence provided the necessary “emotion” for the video to work, describing her as “an absolute stone-cold hero” for her climate change crusade.

Because of the circumstances surrounding its productions, he used existing footage of the 17-year-old and then super-imposed her face onto an actor.

“She never had to act a frame, but she provided that emotion I was looking for,” Wakely continued. “It was a huge thrill to see an email in my inbox from her saying that she loved it.”

Pearl Jam’s habit of speaking “truth to power” has generally involved advocating left-wing and progressive causes. In 2018, the rock group sparked condemnation after releasing a promotional poster featuring a dead President Donald Trump and an American bald eagle eating the remains of his corpse.