Hardcore German left-wing activist Tom Radke – citing selfish leaders, fraudulent science, psychological manipulation and a cult-like atmosphere within the German Greens – has had enough of the Fridays For Future (FFF) Germany movement and has announced his resignation. 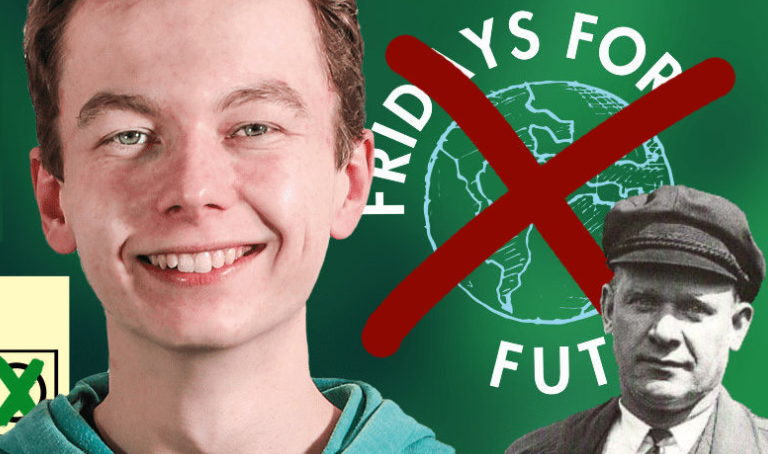 In a statement published at his site, Tom Radke wrote he wishes “to concentrate on left-wing patriotic politics: environmental protection, a strong welfare state and peace” instead of “Green voters and ‘green’ corporations”.

FFF not about the environment

Radke writes how he “found out through very negative practical experiences with Fridays for Future that many people never cared about environmental protection” and that he “misjudged the other ‘climate activists”.

He wrote: “Of all activists at FFF Hamburg, only a few were really interested in preserving our environment, clean air and healthy food.”

Radke blasts the FFF leader “Longhaul Luisa” Neubauer who he believes was “obviously in it for a career” and “her luxury life” while she called on others to save money.

Radke also had the impression that FFF movement leader Greta Thunberg was “being taken advantage of by her family but that she was “personally a nice person”.

He recognized “the nonsensical and anti-people content of the climate movement” and that the movement’s “climate science is largely manipulation and fraud”.

Movement based on “pure emotions and blind faith”

Radke also explains how he came to realize that the FFF activists in fact had very little knowledge about climate science itself and that “their fanaticism is largely based on pure emotions and blind faith” and “also based on fear-mongering”.

“The young people are told that they, their families and everyone they love will die if we don’t act immediately.”

Radke accuses the German Green Party Using “a lot of psychological pressure” to coerce donations from followers despite the fact that “there are major donors in the background, who are completely unknown to the ordinary members.”

Radke also writes that the FFF movement “has nothing to to do with real environmental protection” and that “the CO2-tax serves to squeeze even more out of ordinary people.

He summarizes his departure as follows: “I feel a little like a person who is leaving the cult. It is a liberating feeling. Through my experience I will try to help other students to leave FFF and the climate religion.”