An anti-fracking bill crafted by Sen. Bernie Sanders (I-VT) and Rep. Alexandria Ocasio-Cortez (D-NY) aims to end the practice altogether, making it illegal “on all onshore and offshore land in the United States” by Jan. 1, 2025.

“I don’t mind if @MarkRuffalo spoils his own movies. But please, don’t ruin the surprise of our new legislation with Rep. @AOC, @SenJeffMerkley and @RepDarrenSoto,” Sanders wrote with an accompanying clip of the Avengers actor evidently “spoiling” the upcoming legislation:

I don’t mind if @MarkRuffalo spoils his own movies. But please, don’t ruin the surprise of our new legislation with Rep. @AOC, @SenJeffMerkley and @RepDarrenSoto.

I don’t want the dirty fracking industry CEOs to know what hit them. 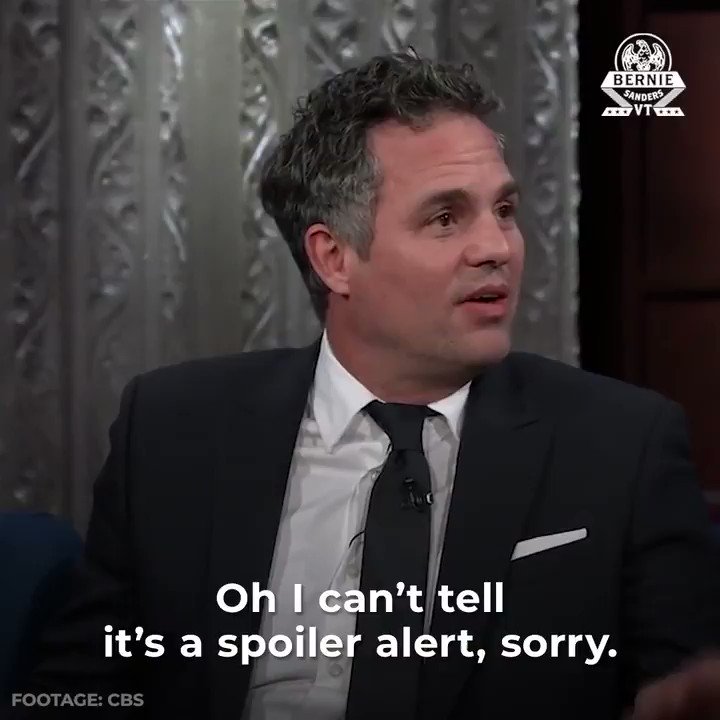 2,330 people are talking about this

The bill, according to the Hill, aims to end fracking altogether, revoking permits for “wells where fracking takes place and that are within 2,500 feet of a home, school or other ‘inhabited structure’” beginning February 1, 2021. It would also “immediately prevent federal agencies from issuing federal permits for expanded fracking, new fracking, new pipelines, new natural gas or oil export terminals and other gas and oil infrastructure.”

It would make the practice, which Ocasio-Cortez has identified as the “leading contributor to our climate emergency,” illegal by January 1, 2025.

“Fracking is a danger to our water supply. It’s a danger to the air we breathe, it has resulted in more earthquakes, and it’s highly explosive,” Sanders said in a statement, according to the Hill. To top it all off, it’s contributing to climate change.”

Critics of Sanders have defended the practice, warning that its elimination would “spike household energy costs and hurt farmers and manufacturers.”

Banning a safe, successful method of developing energy would erase a generation of American energy progress and in the process destroy millions of U.S. jobs, spike household energy costs and hurt farmers and manufacturers.

“Thanks to fracking, the United States is the global leader in reducing carbon emissions,” Rep. Paul Gosar (R-AZ) tweeted in response to the announcement: 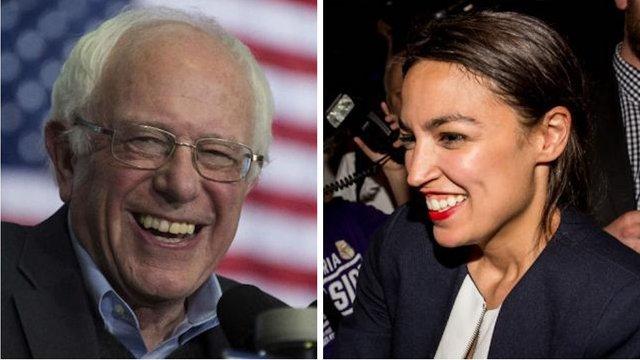 131 people are talking about this

Sanders has long maintained the need for the elimination of fracking, promising to ban it during his presidential bid in 2016.

“If I win, we are going to ban fracking all across this country,” Sanders said at the time.

That call has carried over to his current presidential campaign as well. In September, Sanders called on his colleagues to support a ban.

“Any proposal to avert the climate crisis must include a full fracking ban on public and private lands,” Sanders stated, dismissing “safe fracking” as “pure fiction”:

NEW: @BernieSanders calling on all Democratic candidates to support a full fracking BAN on all public and private lands.

439 people are talking about this

On my first day as president, I will sign an executive order that puts a total moratorium on all new fossil fuel leases for drilling offshore and on public lands. And I will ban fracking—everywhere.

36.3K people are talking about this