The Trump-bashing German mainstream media are already going into deep depression over the 2020 US election. An ARD public television commentary by Washington correspondent Sebastian Hesse admits things are looking really dire for the US Democrats, and is now even seeing “a landslide victory for Trump”. 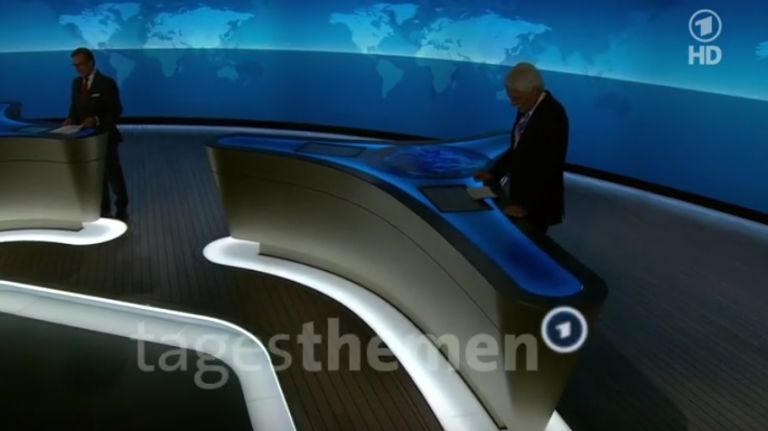 Forget the media in US . They lack the bird’s eye view and are deep in denial with the situation being so bleak for the Democrats.

But in Europe the news media are beginning to see it. A commentary by Washington ARD correspondent Sebastian Hesse at ARD public television – Germany’s version of the BBC – openly comments: “Trump’s re-election is likely,” adding: “If next week were elected, who would win the race? Forecast: a landslide victory for Donald Trump.”

Will take a miracle

While the Democrats and Republicans begin to rumble in the political kick boxing ring in the lead-up to next year’s 2020 Presidential election, the vastly Trump-hating European media are watching with a view from their seats in the bleachers. And they’re in disbelief at what they are seeing.

They see a Democrat party that’s already battered, bleeding – with eyes puffed shut – tired and about to go down for the count. Their only hope is a Hail Mary, a miraculously lucky punch landing.

It wasn’t supposed to be that way. Two and half years ago the snotty German media were all predicting enfant terrible Donald Trump would be a one-term president, if even that. What happened?

According to the ARD’s Hesse: “Trump has delivered.” He “has mobilized the conservatives by appointing conservative judges and “especially on issues that are close to America’s traditionalists’ hearts: Abortion, immigration, possession of weapons. […] Only George Washington had brought more new judges.”

Trump has also fought for building the wall on the border, doing away with paralyzing environmental legislation and patriotism at every opportunity “with unprecedented consistency”, Hesse sniffs.

The ARD correspondent adds: “The non-partisan floating voters who have made their mark on Trump may find him alienating or even repulsive as a person. But they make their choice soberly according to the simple formula: Am I feeling better today than four years ago?”

Hesse also concedes “the economy has been buzzing since Trump took office” and the US has seen “growth rates like nowhere else in Europe, the stock market boom and above all jobs, jobs, jobs.”… “For the time being, many Americans feel that they are doing well under Trump.”

Opponents “are all in trouble”

Hesse currently sees Trump’s most promising opponents “are all in trouble”:” Joe Biden, because the Ukraine affair is also going home with him. Elizabeth Warren, because her agenda is also too left for many democrats. And Bernie Sanders, who already suffered a heart attack in the pre-election campaign.”

Hesse summarizes: “The bottom line is that only three developments could bring down Trump: outrageous revelations in the wake of the impeachment investigation. A noticeable economic downturn. And the most improbable: a convincing challenger, to whom the hearts and votes will fly to. All three are not in sight. The man in the White House doesn’t need to think about packing his suitcase!”