German climate science skeptic Michael Kruger of Science Skeptical here writes that the earth has become GREENER and more fertile due to more CO2 and warming. 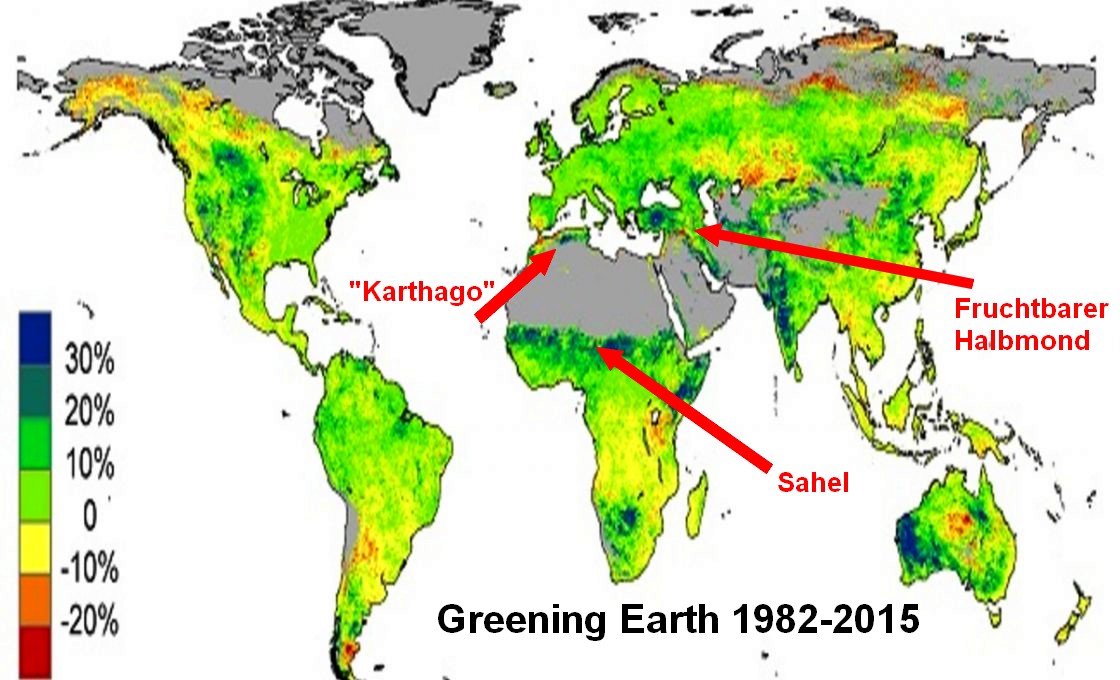 Hard to believe, but the earth is not turning into a desert and more arid due to the CO2 increase in the atmosphere, like alarmist scientists and media like us to believe it is, but rather it is becoming greener and more fertile.

This is what scientists have found through the analysis of satellite data over the last four decades. 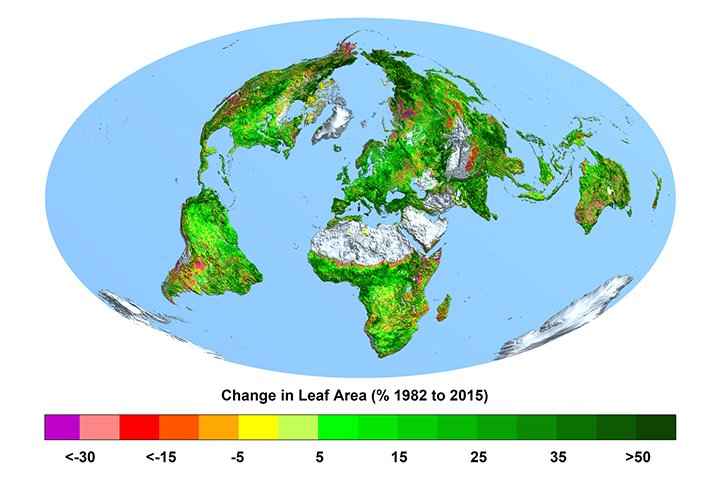 A study published in 2016 in Nature Climate Change proves that the earth has become considerably greener over the past decades.

For their study, the researchers led by Zaichun Zhu evaluated vegetation data recorded by three satellites between 1982 and 2009. The evaluation showed that since 1982, the plant world has become more luxuriant and thus greener on a large part of terrestrial land surfaces.

Area “twice the size of the USA”

“The biggest greening trends can be seen in the southeast of North America, in the northern Amazon region, in Europe, Central Africa and Southeast Asia,” said Zhu and his colleagues. “This greening, which we have observed, is comparable in scale to an additional green continent twice the size of the USA,” says Zhu.

To find out exactly what is responsible for this increase in plant material, the scientists fed ten global ecosystem models with data on greenhouse gas emissions, land use and the development of climate factors such as temperature and precipitation. The result: 70% of the earth’s greening is due to the fertilizing effect of rising CO2 levels and 30% to climatic effects and other effects such as climate change, nitrogen deposition and changes in land cover.

Thus, in the high latitudes and in Tibet and other highlands of the mountains, the rise in temperatures is responsible for the fact that the vegetation there became more luxuriant. “Warming promotes photosynthesis and prolongs the growing season,” the researchers explain.

Increasing precipitation in the Sahel and South Africa

In the Sahel and South Africa, on the other hand, increasing precipitation is becoming noticeable. This makes the region more fertile and greener.

The rise in CO2 emissions and climate change therefore favor the greening of the earth and plant growth. Even Syria has greened.

The earth has become greener over the past 4 decades. This is the main conclusion of an international study published in Nature Climate Change on 25 April 2016. In 40 percent of the world’s regions, a significant increase in leaf biomass was observed between 1982 and 2015, only 4 percent showed significant losses of vegetation. The vegetation corresponds to the size of a continent twice the size of the USA.

The desert regions have also become greener, such as the Sahel on the border with the Sahara, the Fertile Crescent, which stretches across Turkey, Syria, Iraq and Iran, and the former region of Carthage in North Africa, which used to be the granary of Ancient Rome.

These areas were already green and fertile in the climate optimum of the Holocene directly after the last ice age. From there, in the course of the Neolithic revolution, agriculture spread to Europe and Northern Europe. 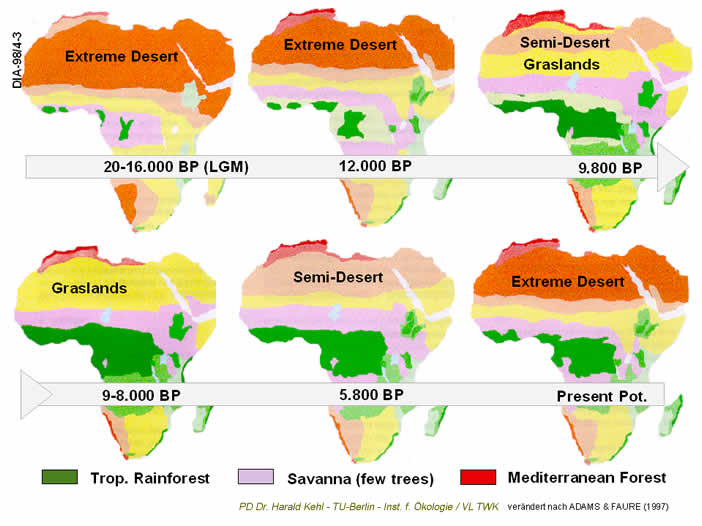 The Sahel region has been greening for four decades: 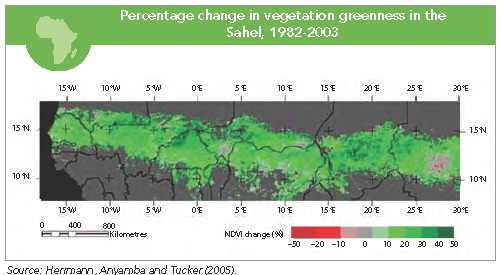 This has been shown by a variety of studies. 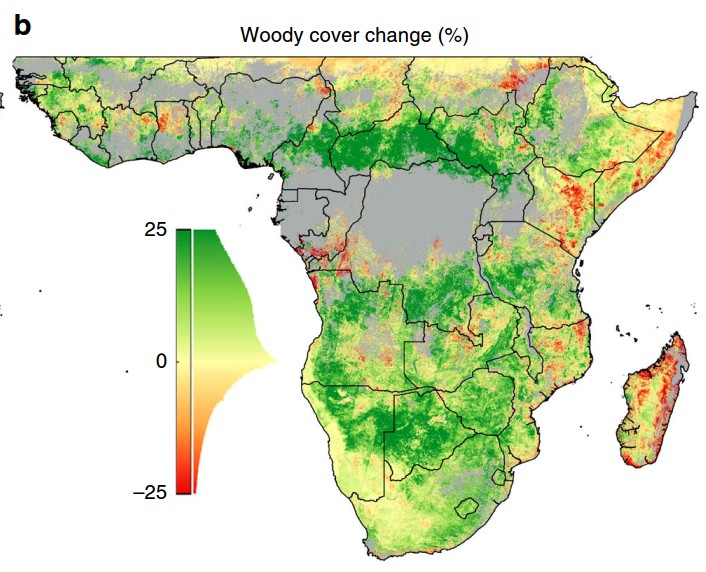 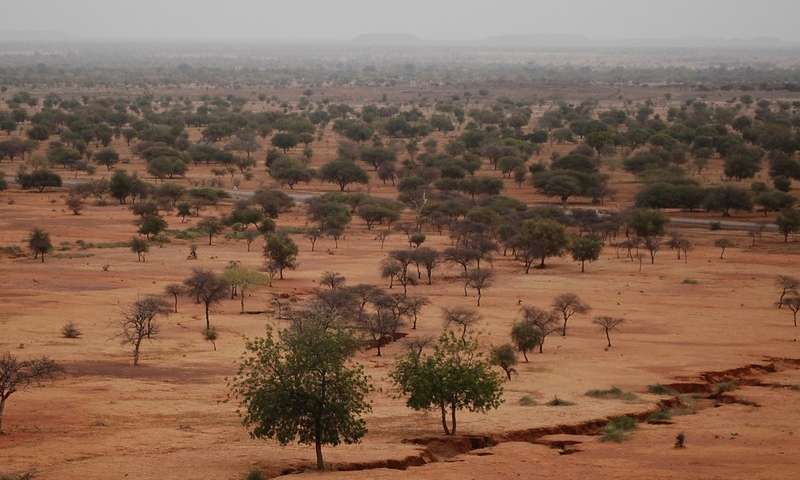 Even Lake Chad at the south edge of the Sahara is growing again and getting greener. 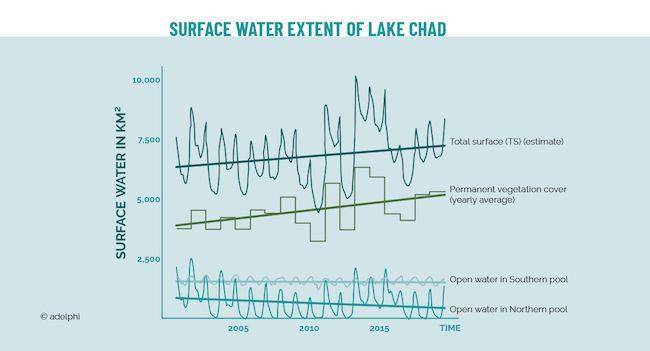 Also in Germany it has not become more arid over the last four decades, as the media and climate impact researchers have recently informed us. Quite to the contrary: 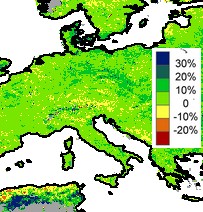 Above all the north, the east, the low mountain regions and the Alps have become greener, as the satellite data show. The forest area is also growing in Germany, which is over 30% wooded. Between 1992 and 2008, the forest area in Germany “grew by an average of 176 square kilometers per year”.