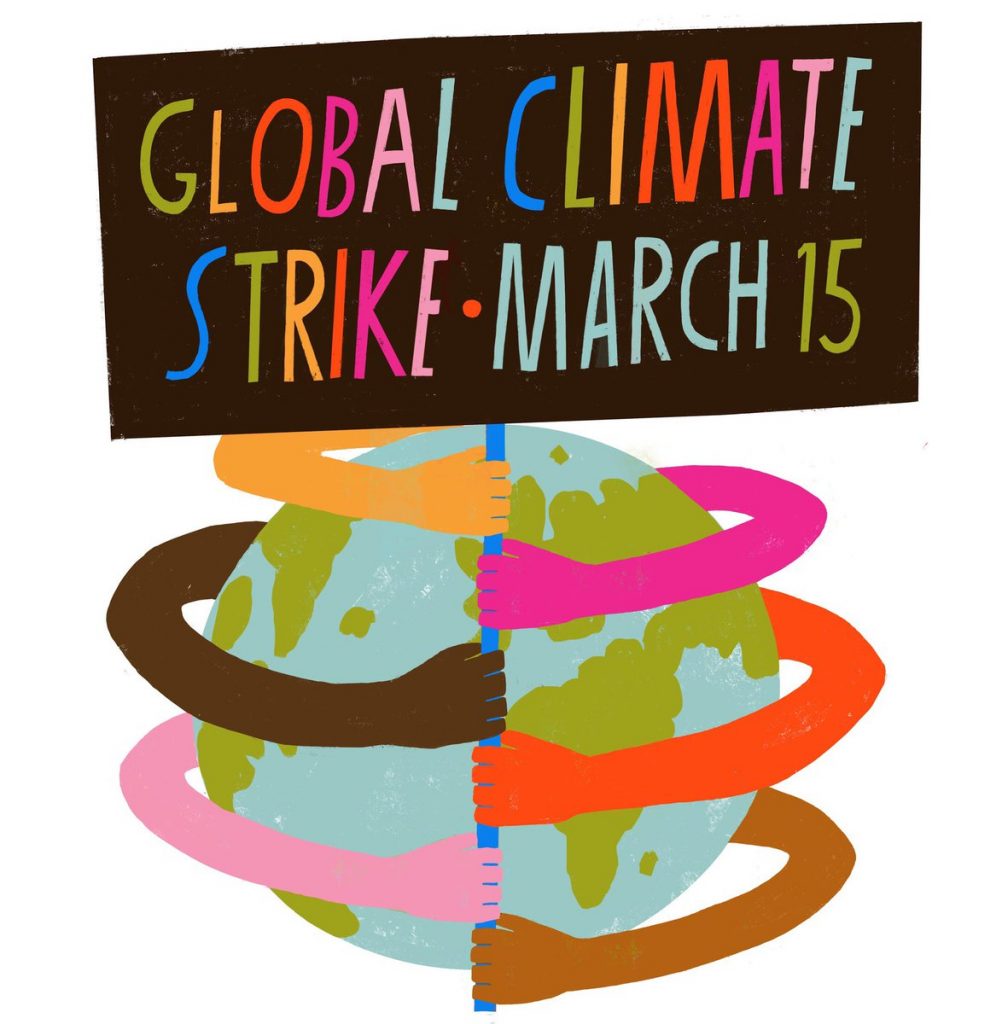 Editor’s note: The authors are the lead organizers of US Youth Climate Strike, part of a global student movement inspired by 16-year-old climate activist Greta Thunberg’s weekly school strikes in Sweden and other European countries.

We, the youth of America, are fed up with decades of inaction on climate change. On Friday, March 15, young people like us across the United States will strike from school. We strike to bring attention to the millions of our generation who will most suffer the consequences of increased global temperatures, rising seas, and extreme weather. But this isn’t a message only to America. It’s a message from the world, to the world, as students in dozens of countries on every continent will be striking together for the first time.

For decades, the fossil fuel industry has pumped greenhouse gas emissions into our atmosphere. Thirty years ago, climate scientist James Hansen warned Congress about climate change. Now, according to the most recent Intergovernmental Panel on Climate Change report on global temperature rise, we have only 11 years to prevent even worse effects of climate change. And that is why we strike.

We strike to support the Green New Deal. Outrage has swept across the United States over the proposed legislation. Some balk at the cost of transitioning the country to renewable energy, while others recognize its far greater benefit to society as a whole. The Green New Deal is an investment in our future—and the future of generations beyond us—that will provide jobs, critical new infrastructure and most importantly, the drastic reduction in greenhouse gas emissions essential to limit global warming. And that is why we strike.

To many people, the Green New Deal seems like a radical, dangerous idea. That same sentiment was felt in 1933, when Franklin D. Roosevelt proposed the New Deal—a drastic piece of legislation credited with ending the Great Depression that threatened (and cost) many lives in this country. Robber-barons, ordinary citizens, and many in between were enraged by the policies enacted by the New Deal. But looking back at how it changed the United States, it’s impossible to ignore that the New Deal brought an end to the worst economic disaster in history by creating fundamental programs like Social Security and establishing new regulatory agencies such as the Securities and Exchange Commission. The Works Progress Administration mobilized workers across the nation to build important infrastructure—including thousands of schools—that has improved Americans’ everyday life for generations.

Change is always difficult, but it shouldn’t be feared or shied away from. Even for its detractors, Roosevelt’s New Deal ended up working out quite well. The United States led the world’s economy throughout the many decades since. The changes proposed in the Green New Deal will help ensure our entire species has the opportunity to thrive in the decades (and centuries) to come. As the original New Deal was to the declining US economy, the Green New Deal is to our changing climate. And that is why we strike.

The popular arguments against the Green New Deal include preposterous claims that it will ban airplanes, burgers, and cow flatulence—claims that are spread even by some of the most powerful leaders in our nation like Senate Majority Leader Mitch McConnell. Although these outlandish claims are clearly false, they reveal a larger truth apparent in the American, and world, populations: Instead of taking action on the imminent threat of climate change, our leaders play political games. Because adults won’t take our future seriously, we, the youth, are forced to. And that is why we strike.

The alarming symptoms of Climate Denialism—a serious condition affecting both the hallways of government and the general population—mark our current historical crossroads of make-it-or-break-it action on climate change. Although there are many reasons for this affliction—such as difficulty grasping the abstract concept of a globally changed climate, or paralysis in the face of overwhelming environmental catastrophe—the primary mode of Climate Denialism contagion involves lies spouted by politicians, large corporations, and interest groups. People in power, like Senator McConnell and the Koch brothers, have used money and power to strategically shift the narrative on climate change and spread lies that allow themselves and other fossil fuel industry beneficiaries to keep the fortunes they’ve built on burning fossil fuels and degrading the environment.

The current US president is a rabid climate change denier himself. President Trump pulled out of the historic Paris Agreement and repeatedly tweets about weather phenomena that he claims somehow disprove the existence of climate change—despite the fact that his own administration has reported the facts of climate change and its impact on the United States.

We are also concerned that top Democrats demonstrate their own lack of urgency about the existential threat of climate change. California senator Dianne Feinstein’s recent dismissal of a group of schoolchildren visiting her office to beg her support for the Green New Deal was very disturbing for us young people. Feinstein will not have to face the consequences of her inaction on climate change. She suggested that the children one day run for the Senate themselves if they wish to pass aggressive climate legislation. Sadly, that may not be an option for us, if she and other Democrats, like House Speaker Nancy Pelosi, continue to dismiss the pleas of our generation. Faced with politicians on both sides of the aisle who belittle and ignore us, we’re forced to take a stand, and we’re doing it together on a global scale. And that is why we strike.