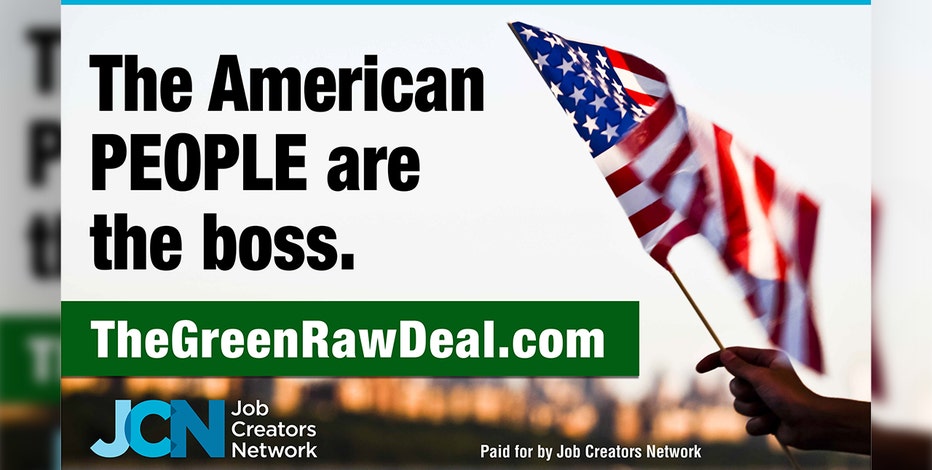 “Hey AOC, you’re the ‘boss’?” read one of the billboards, followed by “WE DON’T THINK SO. The American PEOPLE are the boss.” 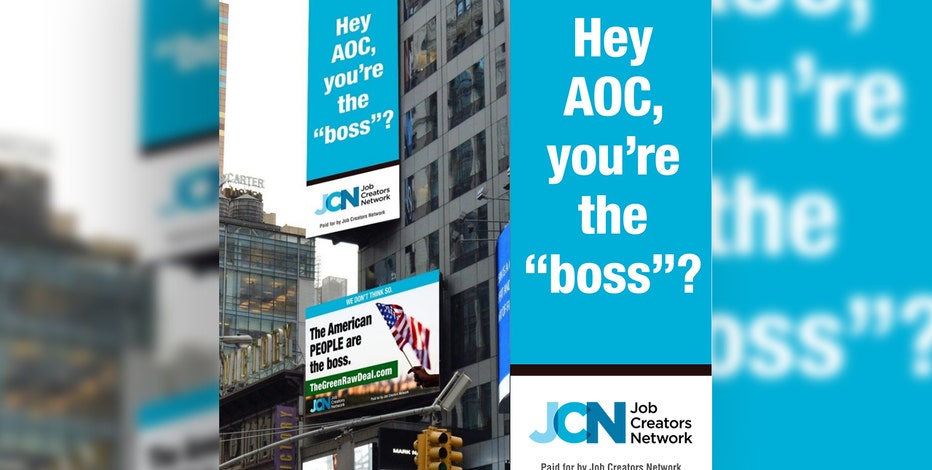 The billboard references comments the young lawmaker made last month regarding critics of her climate change proposal, where she said her plan was creating buzz because “no one else has even tried.”

“So until you do it, I’m the boss. How about that?” Ocasio-Cortez said during a “Girls Who Code” event in Queens, New York.

Ocasio-Cortez’s Green New Deal, a blueprint for which was unveiled at the beginning of February, calls for massive investments in climate-friendly infrastructure to reduce greenhouse gas emissions.

One group estimated the plan could cost $93 trillion – or $600,000 per U.S. household – over the course of the next decade. Ocasio-Cortez and other Democrats have yet to put forward a strategy to pay for the proposal – though the New Yorker floated raising the top tax rate as high as 70 percent.

This is not the first billboard JCN has put up in Times Square – the tourist hotspot – targeting Ocasio-Cortez. Last month they delivered a “Thanks For Nothing, AOC,” message related to her role in Amazon’s decision to renounce its plans to build a new headquarters in Long Island City, New York. The sign referenced 25,000 lost jobs, $4 billion in lost wages and $12 billion in lost economic activity.

Ocasio-Cortez referred to the campaign as “billionaire-funded groups blowing tons of cash on wack billboards,” including the Mercer family, which also funds Breitbart.

The Jobs Creators Network claims it was founded by “entrepreneurs” like The Home Depot co-founder Bernie Marcus, according to its website.