Skeptics of global warming “catastrophe” have an extended an offer for Green New Deal champion New York Rep. Alexandria Ocasio-Cortez to come and debate them.

Retired statistics professor Dr. Caleb Rossiter offered a standing invitation for Ocasio-Cortez, and others who have attacked the CO2 Coalition, to come and debate climate science and energy policy.

Taking a page from his early anti-war activism days, Rossiter put a piece of paper with Ocasio-Cortez’s name, and the names of other “alarmists,” on an empty chair next to panelists during a Friday panel at this year’s Conservative Political Action Conference (CPAC).

Rossiter said anti-war activists would have empty chairs at events reserved for Defense Department officials who, though invited, would never show up.

Ocasio-Cortez and Maine Democratic Rep. Chellie Pingree recently went after big tech companies for sponsoring an event at LibertyCon, a conference put on by a libertarian student group, at which the CO2 Coalition also sponsored an event. 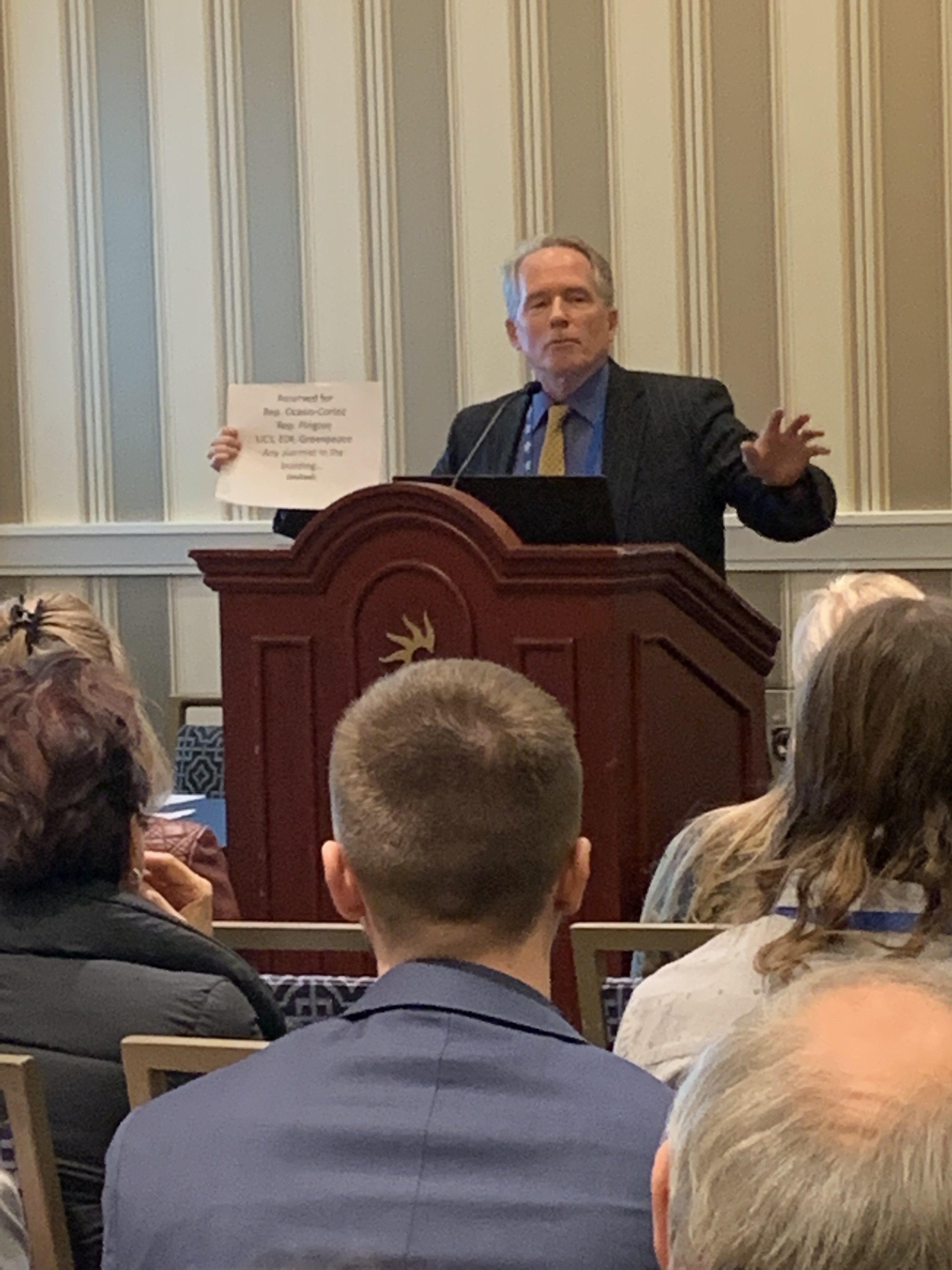 Ocasio-Cortez and Pingree said tech companies’ “implicit” support for the CO2 Coalition was “dangerous to our society” because it allegedly spread misinformation about climate science. However, NASA attributes much of the observed “global greening” in the past 30 years to elevated CO2 levels.

Rossiter, who serves as the CO2 Coalition’s executive director, said the Democratic lawmakers’ intimidating letters inspired him to offer an open invitation to CO2 Coalition events. (RELATED: 2020 Hopeful Jay Inslee Goes National With A Climate Agenda He Failed To Implement In His Own State)

The CO2 Coalition is often labeled as spreading “climate denial” by their opponents for arguing global warming will likely be beneficial because increased carbon dioxide levels stimulate plant and crop growth.

But the CO2 Coalition is made up of dozens of scientists and policy experts who reject the “carbon dioxide catastrophe” narrative as Rossiter called it Friday, but they don’t reject greenhouse gas theory.

Alongside Rossiter at Friday’s panel were Cato Institute climate scientist Patrick Michaels and Manhattan Institute economist Mark Mills, both of whom are CO2 Coalition members. Michaels criticized the “alarmist” climate change narrative, and Mills laid out his case for why sweeping plans, like Ocasio-Cortez’s Green New Deal, wouldn’t work. 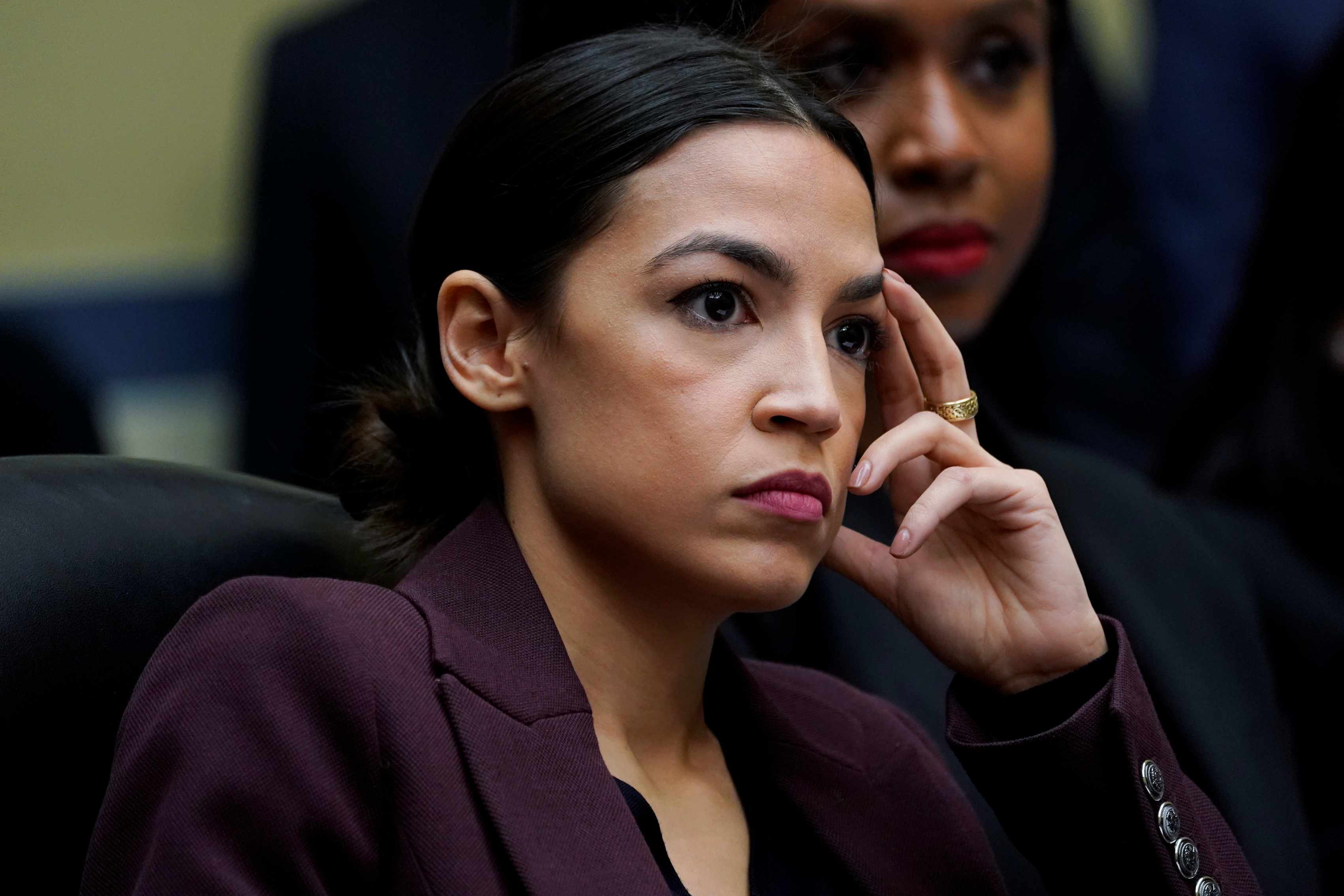 Though, Michaels did say there were common areas were both sides of the climate change debate could work together to improve policies, including flood insurance reform.

“There are things that we do, that everybody can agree on, that aren’t necessarily related to climate change,” Michaels said during the panel.

“There is pretty strong literature on black carbon, carbon particulates, being an agent involved in the warming business,” Michaels said. “You get those out of the air, you probably have a positive health impact and it’s easy. That’s a common route we could take, if we wanted to.”

Rossiter said allowing Africa to develop fossil-fueled energy resources was another he believed both sides could embrace.

“We can certainly agree that Africa should be held as harmless,” Rossiter said. “Only a quarter of the people in Africa have electricity and the result is a life expectancy of about 59 years.”

“You need electricity in your house or you’re going to breathe black carbon that’s coming off of the cow dung that you’re burning or the wood or the charcoal that you’re burning,” Rossiter said. “Also, you need that electricity to clean the water so your children won’t drink dirty water, get diarrhea and die.”