Environmentalists kicked off the new year with a campaign to derail the nomination of Andrew Wheeler, President Donald Trump’s pick to head the Environmental Protection Agency (EPA).

“Make no mistake — to protect our health, planet, economy, and national security we must #StopWheeler from being permanently confirmed as @EPA administrator,” the Sierra Club tweeted Monday.

Make no mistake – to protect our health, planet, economy, and national security we must #StopWheeler from being permanently confirmed as @EPA administrator. https://bit.ly/2GVoYPW

Andrew Wheeler’s record shows he is unfit to lead EPA

Sad but true: since he became acting head of the U.S. Environmental Protection Agency (EPA), Andrew Wheeler has ramped up Scott Pruitt’s relentless attack on public health and environmental safegua…

Wheeler, a former coal industry lobbyist, took over as EPA’s acting administrator in 2018 after former Administrator Scott Pruitt resigned. Wheeler was confirmed by the Senate in April 2018 as EPA’s deputy administrator, making him Pruitt’s number two at the time.

Wheeler, so far, has continued Pruitt’s legacy of deregulation, including the release of a proposal to freeze in place Obama administration fuel economy regulations. 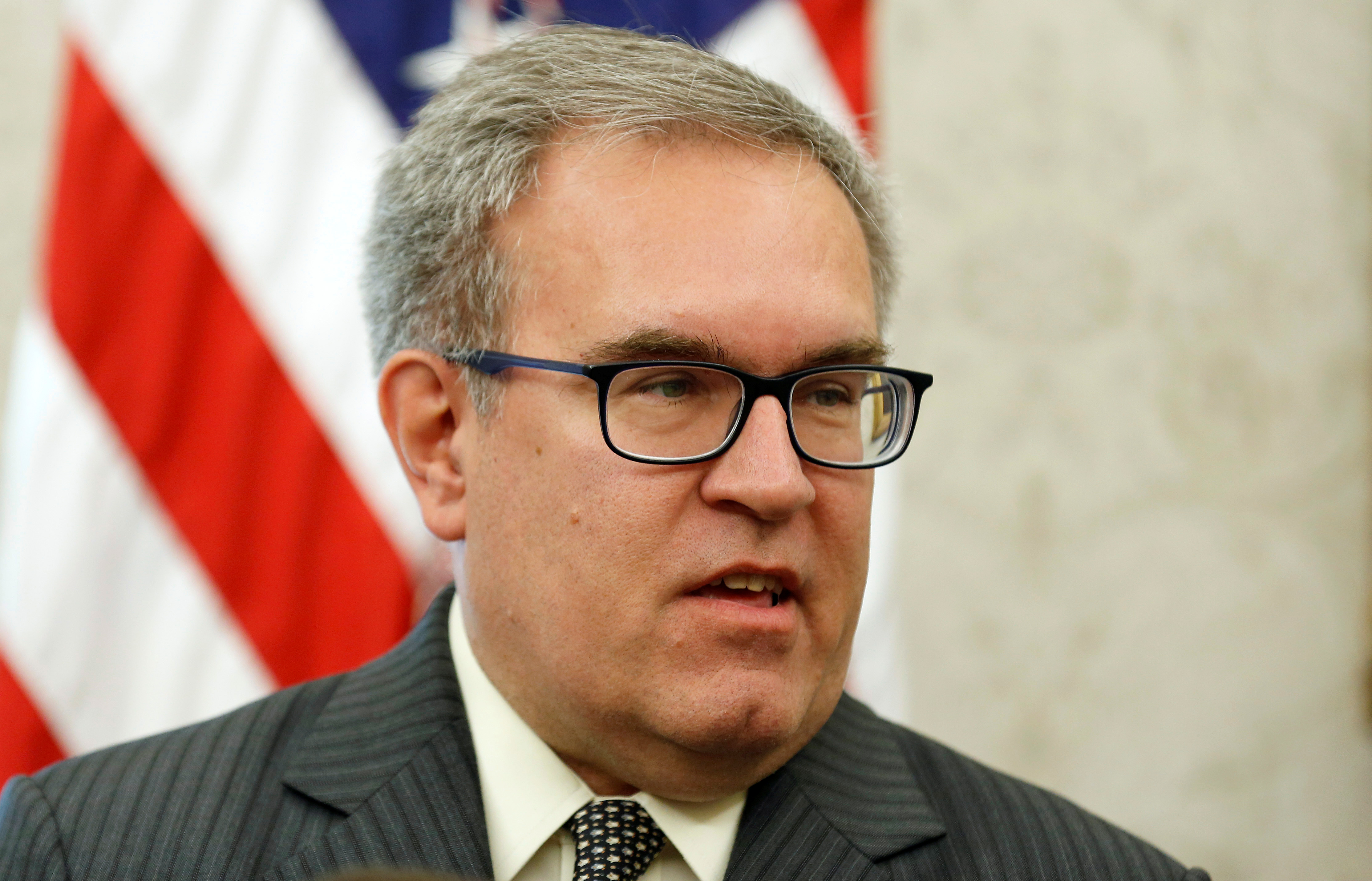 Acting Administrator of the Environmental Protection Agency Andrew Wheeler speaks during an event hosted by U.S. President Donald Trump with workers on “Cutting the Red Tape, Unleashing Economic Freedom” in the Oval Office of the White House in Washington, U.S., October 17, 2018. REUTERS/Joshua Roberts.

EPA also proposed revising its economic analysis for an Obama-era regulation on mercury emissions from coal plants. The revision shows the costs of regulating mercury outweigh estimated public health benefits by 1,600 to 1.

Trump said in November he would nominate Wheeler to permanently lead EPA. Even before Pruitt’s resignation in July 2018, White House officials were considering tapping Wheeler to head the agency, according to a knowledgeable source.

Some Democrats have already come out against Wheeler, echoing talking points put forward by environmentalists.

“I recognize that Mr. Wheeler has restored some basic, bare-minimum transparency measures to the agency, and that he acknowledges the importance of communication with Congress,” New Mexico Sen. Tom Udall said in a statement on Trump’s nominating of Wheeler.

“But that’s not nearly enough to show me that his leadership at EPA will truly put American’s health and safety first, and not the bottom lines of corporate polluters,” Udall said.

The Senate confirmed Wheeler as deputy administrator in a 53-to-45 vote. Only three Democrats supported Wheeler — Joe Manchin of West Virginia, Heidi Heitkamp of North Dakota and Joe Donnelly of Indiana. Heitkamp and Donnelly lost their reelection bids in 2018.