BBC features climate skeptic happy about Trump: ‘Much of the research in the field takes place in an echo chamber’ 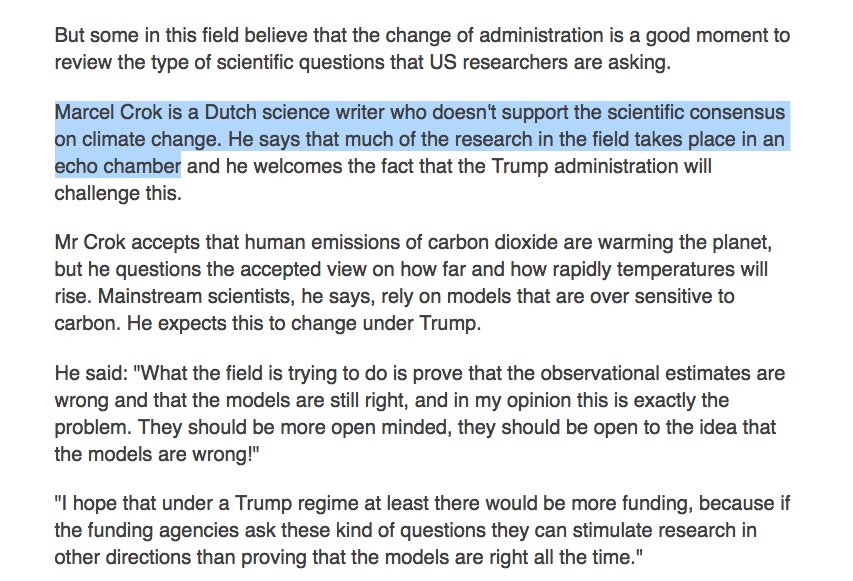 But some in this field believe that the change of administration is a good moment to review the type of scientific questions that US researchers are asking.

Marcel Crok is a Dutch science writer who doesn’t support the scientific consensus on climate change. He says that much of the research in the field takes place in an echo chamber and he welcomes the fact that the Trump administration will challenge this.

Mr Crok accepts that human emissions of carbon dioxide are warming the planet, but he questions the accepted view on how far and how rapidly temperatures will rise. Mainstream scientists, he says, rely on models that are over sensitive to carbon. He expects this to change under Trump.

“I hope that under a Trump regime at least there would be more funding, because if the funding agencies ask these kind of questions they can stimulate research in other directions than proving that the models are right all the time.”