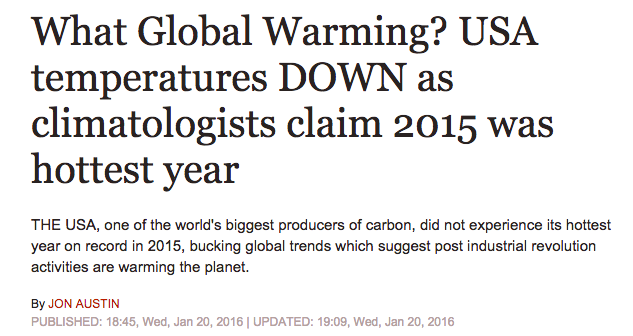 Todays announcement that a major developed nation like the US did not experience its hottest year ever is likely to fuel the argument put forward by many US-based climate sceptics that human activities simply do not have the level of impact being claimed by the climate change lobby.

NASA and NOAA scientists were forced to accept that El Niño was partly responsible for the overall record busting year and that some areas had not been as affected such as the states.

A NASA spokesman said: “Phenomena such as El Niño or La Niña, which warm or cool the tropical Pacific Ocean, can contribute to short-term variations in global average temperature.