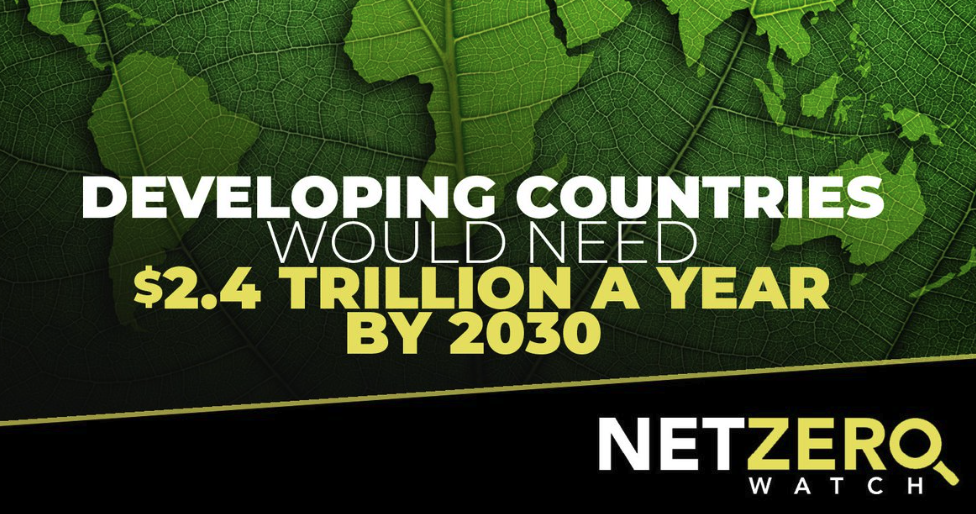 A trillion dollars of that should come from rich countries, investors and multilateral development banks, UN-backed report says.

Developing and emerging countries excluding China need investments well beyond $2 trillion annually by 2030 if the world is to stop the global warming juggernaut and cope with its effects, according to a United Nations-backed report.

A trillion dollars should come from rich countries, investors and multilateral development banks, said the analysis commissioned by Britain and Egypt, hosts respectively of the 2021 UN climate summit in Glasgow and this week’s COP27 event in Sharm el-Sheikh.

The rest of the money – about $1.4 trillion – must originate domestically from private and public sources, the report released on Tuesday said.

Current investments in emerging and developing economies other than China stand at about $500bn.

“The world needs a breakthrough and a new roadmap on climate finance that can mobilise the $1 trillion in external finance that will be needed by 2030 for emerging markets and developing countries (EMDC) other than China,” the report said.

The new 100-page analysis, Finance for Climate Action, is presented as an investment blueprint for greening the global economy quickly enough to meet Paris climate treaty goals of capping the rise in global temperatures below two degrees Celsius, and at 1.5C, if possible.

Warming beyond that threshold, scientists warn, could push Earth towards an unliveable hothouse state.

The report is among the first to map out the investment needed across the three broad areas covered in UN climate talks: reduction of the greenhouse gas emissions that drive warming (mitigation), adapting to future climate effects (adaptation), and compensating poor and vulnerable nations for unavoidable damages already incurred, known as “loss and damage”.

“This means countries must have access to affordable, sustainable low-cost financing from the multilateral development banks to help crowd in investments from the private sector and philanthropy to support the energy transformation, build resilience and protect natural capital,” she said in a press release.

“Financing alone is not enough and must be coupled with the right instruments and good policies to accelerate and scale up impact.”