Do you want to know how man-made climate change is faring? Look to the toast! It has the answers. 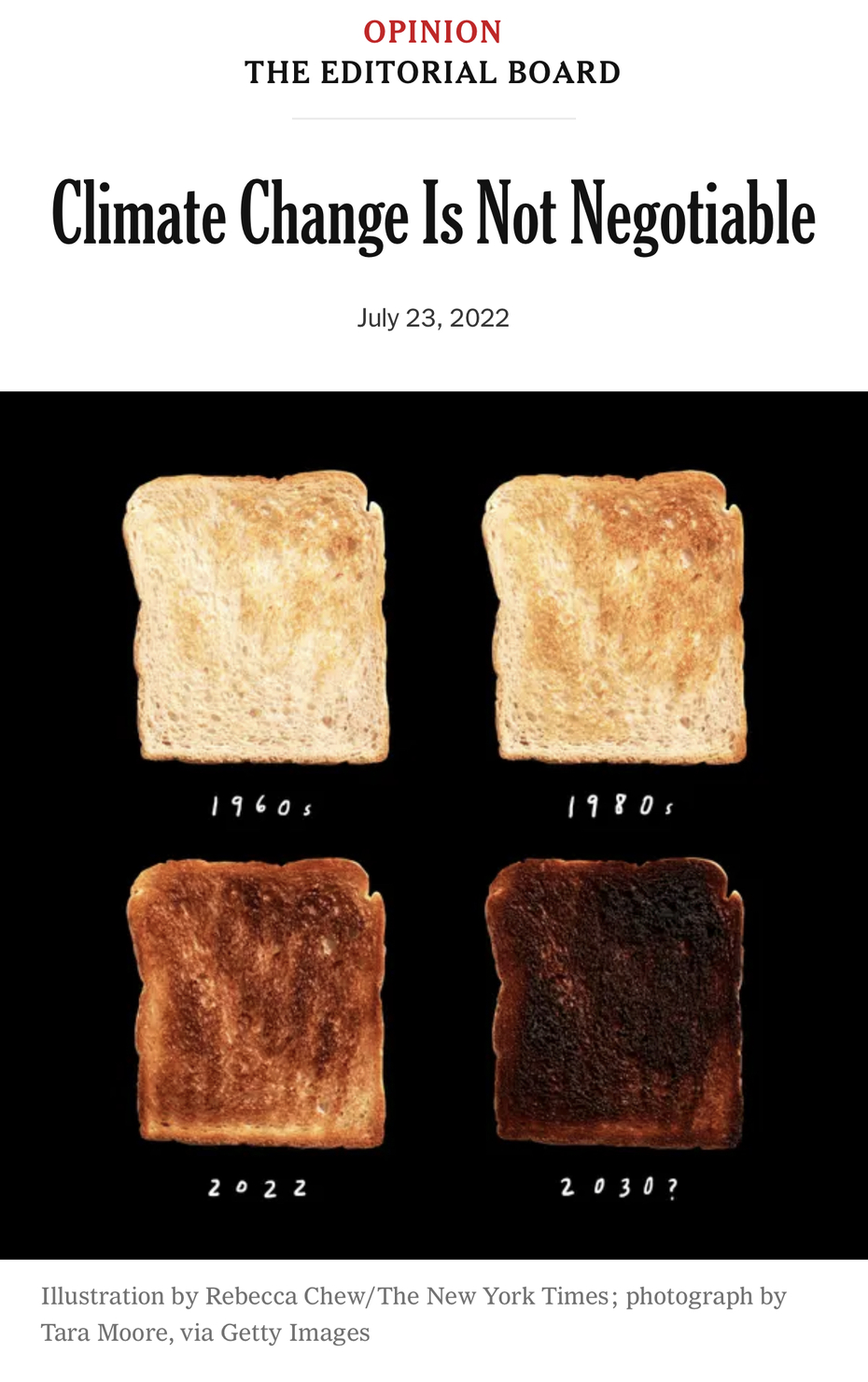 The New York Times Editorial Board used an illustration of charred and blackened toast to argue — what else? — that climate change could toast the planet. 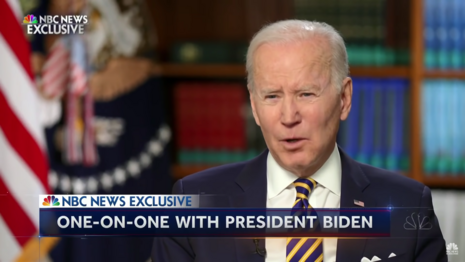 “The threat posed by climate change to Americans’ lives and livelihoods is urgent and severe,” the NYT Editorial Board warned in a July 23 opinion piece headlined: “Climate Change Is Not Negotiable.” But the real danger comes if global temperatures rise 1.5 degrees because “that is the threshold, scientists believe, beyond which wildfires, floods, biodiversity loss, rising seas and human dislocation become significantly more devastating.” [Emphasis added.]

The Editorial Board also whined about their arch nemesis of the day: Sen. Joe Manchin (D-WV). Manchin allegedly destroyed “the centerpiece of President Biden’s plans” to confront climate, the Board claimed, in “more than another setback for Mr. Biden, who had already seen his climate ambitions threatened by the Supreme Court and rising oil and gas prices.”

Calling it a “setback” may be a bit of an understatement. Biden’s bloated, roughly $300 billion scheme to confront climate change cratered in Congress, according to Politico. The Editorial Board even explained that had Biden’s plan survived, it “would have been the single biggest investment Washington had ever made” to fight the climate boogeyman.

And how did the Editorial Board suggest that Biden sidestep the congressional failure of his climate plan? By following in former President Barack Obama’s footsteps and using “executive authority” to drive the U.S. toward “effectively” zero greenhouse gas emissions by 2050. The green extremists at The Times went even further and praised Obama for ordering “reductions in power plant emissions” through the Environmental Protection Agency. Even though at least one of the EPA’s actions was reversed by the Supreme Court, The Times still fawned that Obama’s unilateral action spurred power companies to burn cleaner gas and close “inefficient coal-fired plants.”

The defeat of Biden’s climate plan also “made a mockery of Mr. Biden’s efforts to reclaim the leadership role on climate change that Donald Trump squandered,” the Board wrote.

The New York Times Editorial Board also criticized former President Donald Trump in 2017 for “our disgraceful exit from the Paris Accord,” referring to a costly international climate agreement that seeks to reduce greenhouse gas emissions. That is despite the current energy crisis, with gas prices skyrocketing 59.9 percent  year-over-year in June, according to a government report.

If that over-the-top fearmongering on climate change sounds strangely familiar, that’s because it is. The New York Times predicted as recently as 1995 that climate change would raise sea levels high enough to obliterate “most of the beaches on the East Coast” by 2020. Twenty-seven years have passed since 1995 and US News & World Report ran a story this year headlined: “21 Top East Coast Beaches To Visit.”