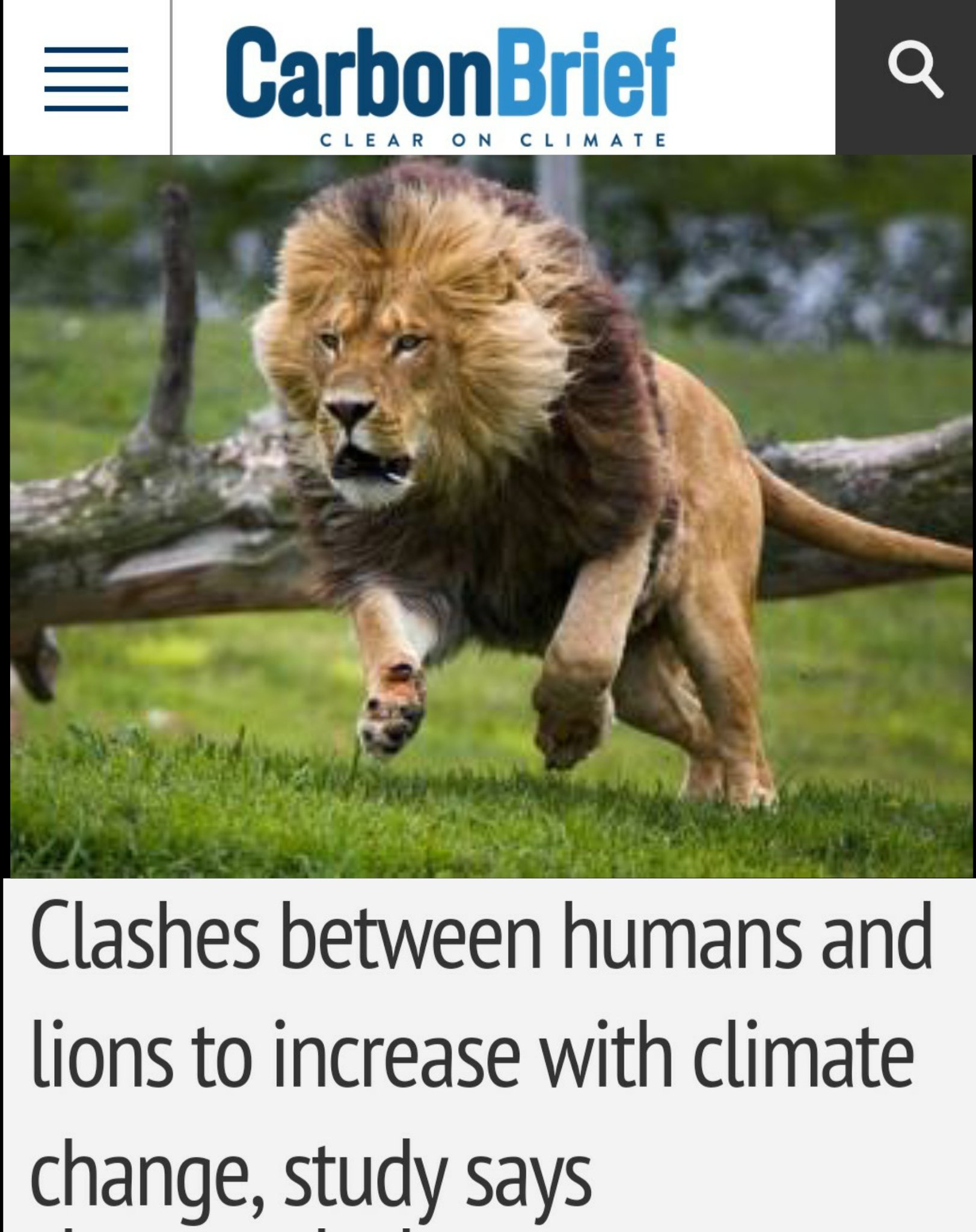 The number of clashes between people and African lions could increase as temperatures rise, a new study suggests.

The research shows that global warming could lead to changes in the geographical range of  a disease carried by the tsetse fly – which can be deadly to cattle.

It finds that, although the overall range of the disease is likely to increase, it could vanish from parts of eastern and southeastern Africa that support large numbers of lions. In turn, this could lead to cattle ranchers moving their animals into these areas.

This could bring people and lions into close proximity, the lead author tells Carbon Brief, which may put herders in danger and trigger further declines in lion numbers.

African lion numbers have dropped by 42% over the last two decades, with violent clashes between humans and lions being one of the leading causes of this decline.

Conflict commonly arises when lions prey on cattle, damage property or attack humans, which can lead to lions being killed in retaliation. Other large threats to lions include habitat loss due to agricultural expansion and poaching for the animals’ pelts.

In some parts of eastern Africa, the ranges of lions and humans do not overlap and conflict is kept to a minimum.

The results are shown on the map below, where diagonal lines show areas with resident lion populations. The shading shows where parasite prevalence is likely to decrease (red and orange), increase (green and purple) and stay the same (yellow).

Changes to the geographical range of the parasite T. b. rhodesiense in eastern and southeastern Africa in 2050 under RCP4.5 and RCP8.5. Colour is used to show where parasite prevalence is likely to decrease (red and orange), increase (green and purple) and stay the same (yellow). Source: Carter et al. (2018)

Basic physics says that riding a bike in Topeka in 2022 helps prevent lion attacks in Africa in 2082, am I right? https://t.co/HzXsNLTaNj