The U.S. is still importing Russian oil despite the ban, report says 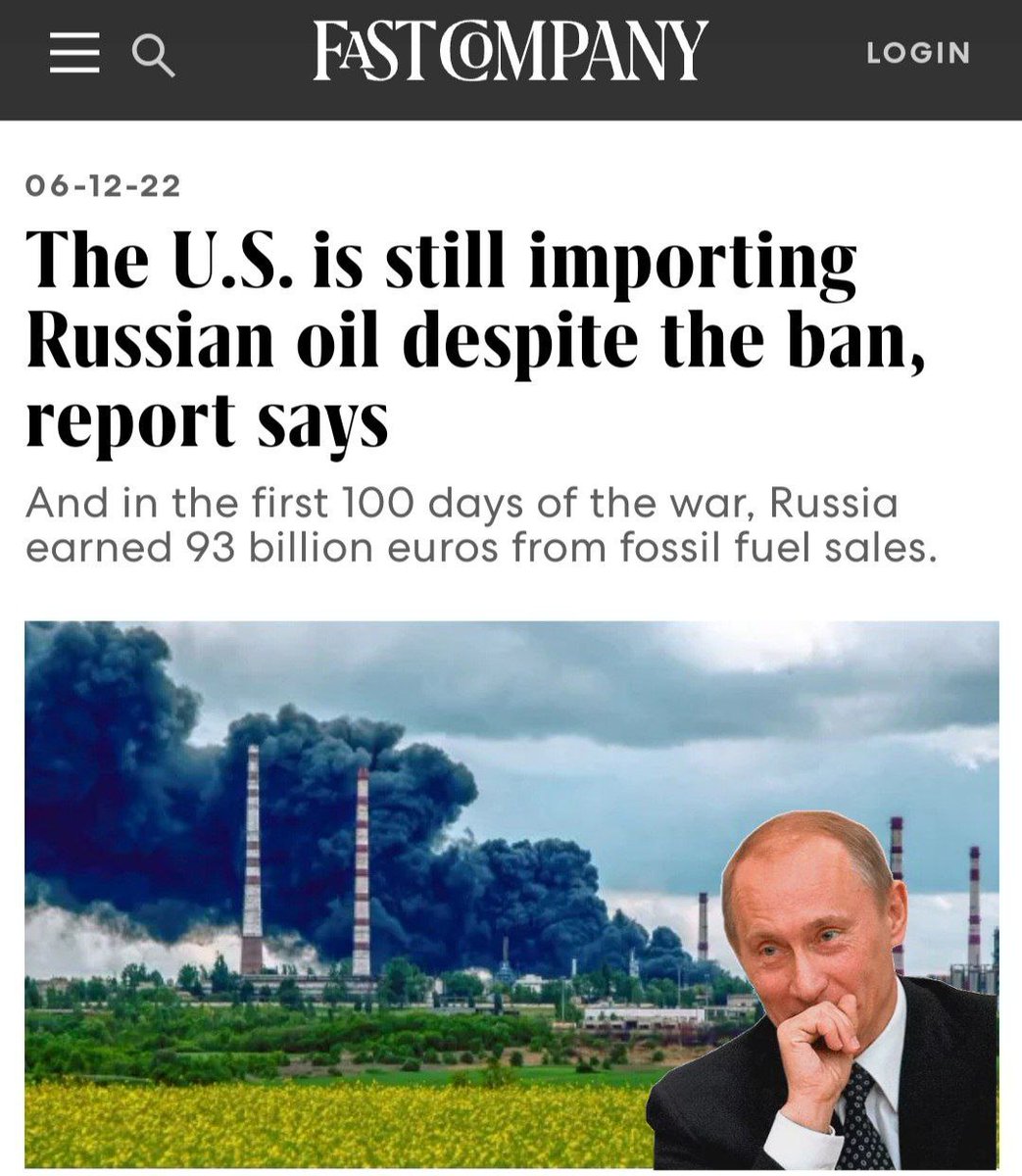 India has quickly increased the amount of Russian oil that it buys, and some Indian refineries have been re-exporting refined oil products to both the U.S. and Europe

Less than two weeks after Russia invaded Ukraine, the U.S. banned the import of Russian fossil fuels like oil and natural gas—a major source of funding for the war. But as the war drags on, some Russian oil is still making it to the United States, according to a new report that tracks the flow of fossil fuels from Russia.

India has quickly increased the amount of Russian oil that it buys, and some Indian refineries have been re-exporting refined oil products to both the U.S. and Europe. “We can see crude oil shipments going into refineries that take Russian oil, and then we can see where the stuff goes that they produce,” says Lauri Myllyvirta, lead analyst at the Helsinki-based nonprofit Centre for Research on Energy and Clean Air, which produced the new report. The exact amount that has reached the U.S. is unknown, but the the report notes that several tankers have come to the U.S. from India since the war began, likely including Russian crude, and more are on the way.

The loophole could be closed by making refineries that take Russian cargo ineligible to sell to the U.S. “That would have an impact,” Myllyvirta says. “That would face every one of those refiners with a choice…it’s a business decision to take whether you keep taking on Russian cargo even if that makes it unacceptable for you to ship to the U.S. market.”

In the European Union, most Russian oil imports will be banned by the end of the year. Lithunia, Finland, and Estonia have already cut their imports from Russia by more than half. While Russia has other customers, the EU could potentially impact some of them as well, because oil delivered to India and the Middle East travels on tankers from European countries. A sanction on those ships could make deliveries drop. More sanctions recently introduced from the insurance industry make it harder to insure shipments from Russia, which could impact other buyers like China.