The Biden administration’s Systematic dismantling of the American way of life is not driven by any rational response to a climate crisis. There is no climate “crisis.” There is however a crisis to our freedoms because of the complacency of our society to understand what a phony climate war this is.

On Friday, June 2, Glenn Beck revealed something I have been saying since the super Nino of 2016 set off a predictable global response in the temperature, that this has NOTHING to do with climate and weather.  The launching of immense amounts of WV into the air and the response revealed that WV is the major player, that co2 being blamed is simply to deceive the public into adopting policies that were handed to Biden by the who’s who of leftist green agendas. The whole list is here, including the signatories.

This was delivered to him before the inauguration and he is simply following their guidelines step by step, It will end with the declaration of a climate emergency and the mandating of policies that will also prove the Covid mandates were and still are ( example: fight over masks, even Fauci says it is about who has control of public policy so he is now completely out of the shadows we knew he was hiding in) a precursor for this much bigger and final nail in the coffin to fundamentally transform our way of life.

I will trust the reader to read the entire PDF. but I will list the steps ( the explanations of each step are laid out so even Biden, who seems challenged to do anything can follow it, Quite frankly it is like handing the keys of a car to a 5-year-old and telling him to drive. Of course, the car is going to crash. But the kid is happy to try.

The goal is listed right off the bat. What is maddening is the rest of the world gets to do whatever they want and these people and our president simply commit national suicide and take us with him, How else can you explain the goal? If today he simply said, we are going back to Trump-era policies the signal sent to the rest of the world including Putin who is making money hand over fist because of Biden’s policies and also funding a war, would be back in a position that would make dependence on them a nonissue. It is insanity to become dependent on those that wish to control your behavior unless than is your actual goal, And it should be clear now, that is the goal.  Weaken America so much, we are just like all the rest. Yes the Utopia of one world where the exceptionalism of our nation is dragged down to the levels of those who refuse to let their people be free enough to excel.

What follows is the sequence to get there

“Clean” Energy and Green Energy are oxymorons when you look how dirty they are. This is really pie in the sky stuff. So how are you building wind turbines and solar panels without the fossil fuel generated energy to do so

You have to read the PDF.  I don’t want to get too wordy here but I am going to also add a conclusion of mine.

If God’s greatest gift to man is free will, what is to be made of people that would do things to limit your ability to use your free will. When you are boxed into a corner where you have nowhere to turn but to government and dependency, whether by accident or design, the result is you are forced to behave according to the will of other men, not your own will. Few will wade into this aspect of this, the spiritual combat behind this, But if America was an experiment to form a more perfect union under God,   would the entity in complete opposition to God try to destroy that.  So something to consider is that this is beyond even the hideous nature of what is being done in a sectarian sense. The real driver behind lies is the father of lies. The devil’s greatest tool is deception, deceiving good people who may think they have the right idea into forcing that on others.  This may be at play here.

Far fetched? Perhaps, but who 10 years ago even under Obama thought we would be staring into the abyss the people driving this are forcing us into

I think if our hurricane impact forecast is correct, and we have been the pioneers in this (for example 2020 forecast on April 7 and actual) 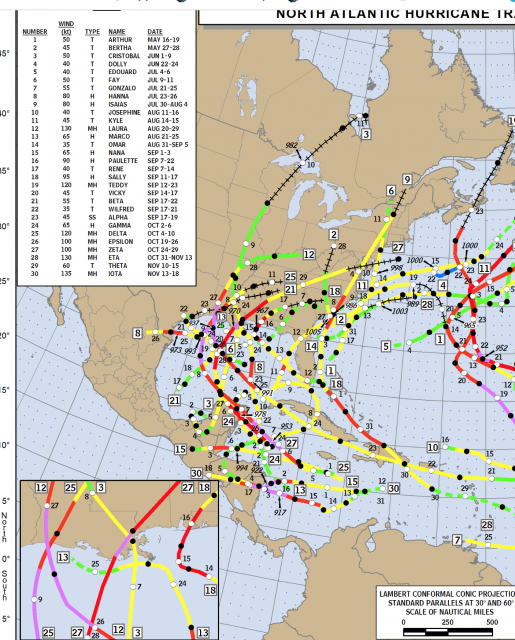 you will get the declaration. I will have a full blog for you later on the season, but here is the map now with metrics to quantify how accurate it is, It would join the who’s who of hurricane season, 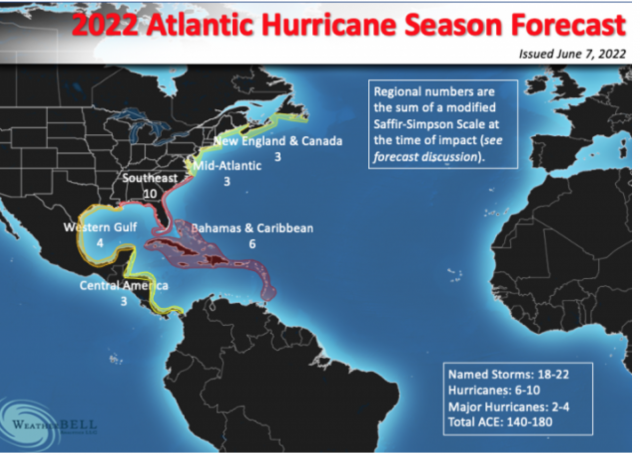 That declaration will ignore a multitude of opposite signals, chief among them with the tropics is the lower than average global activity as the Atlantic has been revving up and the lack of activity in the area of the planet that produces the most, the western Pacific.