New Study: Half The 2000-2019 Global Ocean Warming Has Been From Internal Fluxes, Not Surface Forcing

Since 2000 there has been a natural reduction in net air-sea fluxes at the same time there has been rapid warming in the Indian Ocean. This affirms anthropogenic surface forcing cannot explain the recent warming in at least half the global ocean.

The Indian Ocean covers approximately 20% of the ocean surface, but this basin accounts for one-half of the overall warming in the global ocean’s top 700 meters from 2000 to 2019 (McMonigal et al., 2022). The Atlantic and Pacific Ocean sectors have accumulated much less heat content in the last two decades.

It is often assumed that increases in ocean heat content can be attributed to anthropogenic greenhouse gas surface forcing. But scientists have pointed out that internal ocean processes and natural heat transport (circulation) can explain decadal-scale warming (and cooling) trends in the global ocean.

For example, Large and Yeager (2012) determined that the global sea surface temperature (SST) warming trend during the 1984-2006 period can be predominantly explained by “diminished ocean cooling due to vertical ocean processes” rather than anthropogenic climate change.

“A conclusion is that natural variability, rather than long-term climate change, dominates the SST and heat flux changes over this 23-yr period.” 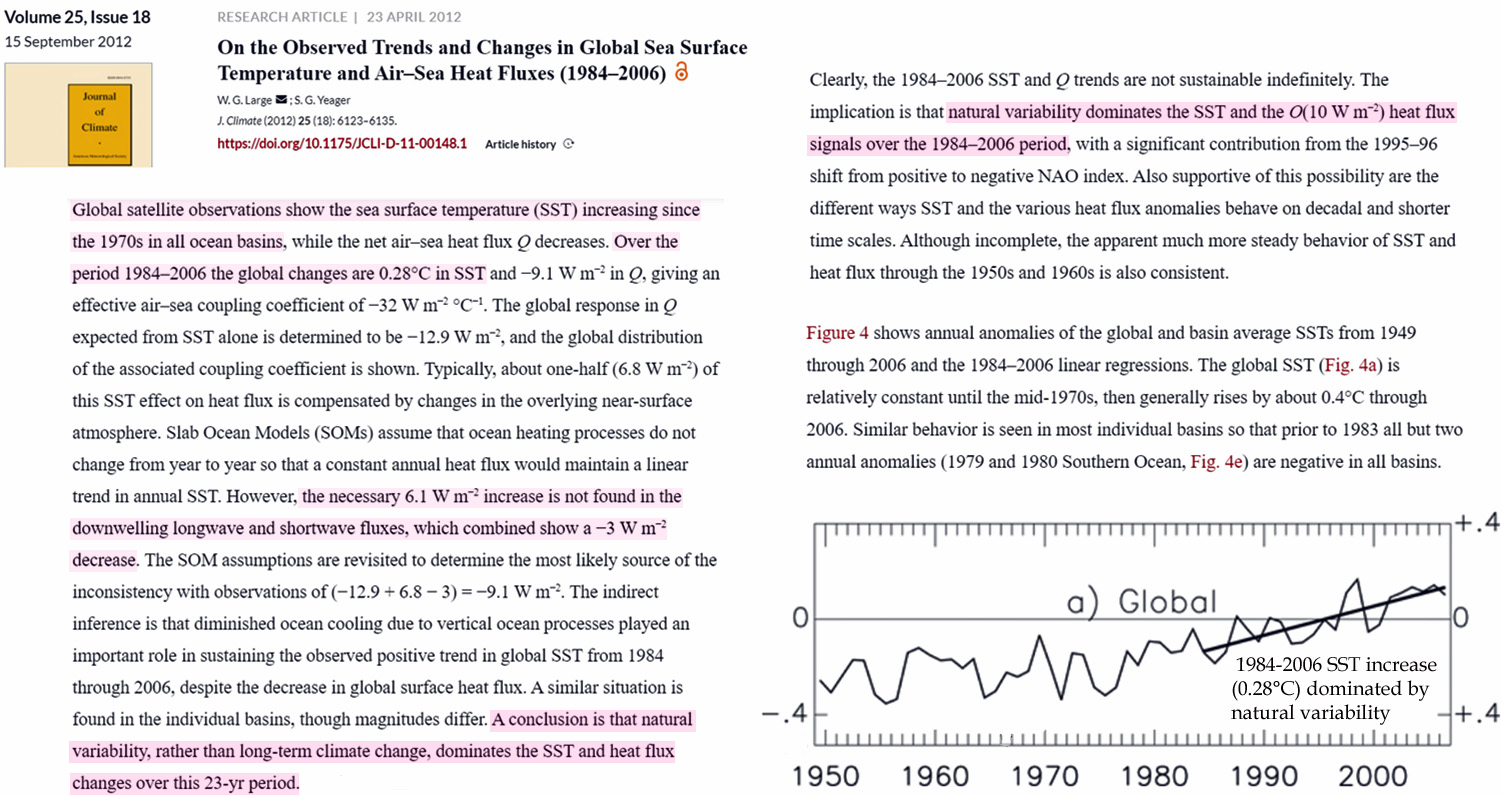 Likewise, McMonigal and colleagues have now determined the 0-700 m warming trend in the Indian Ocean “has been driven by significant changes in oceanic fluxes and not by surface forcing.” In other words, it is not the atmospheric greenhouse gas concentration increases driving warming, but “the ocean has been driving a rapid increase in Indian Ocean heat content” because the “change must be due to the gyre circulation.” 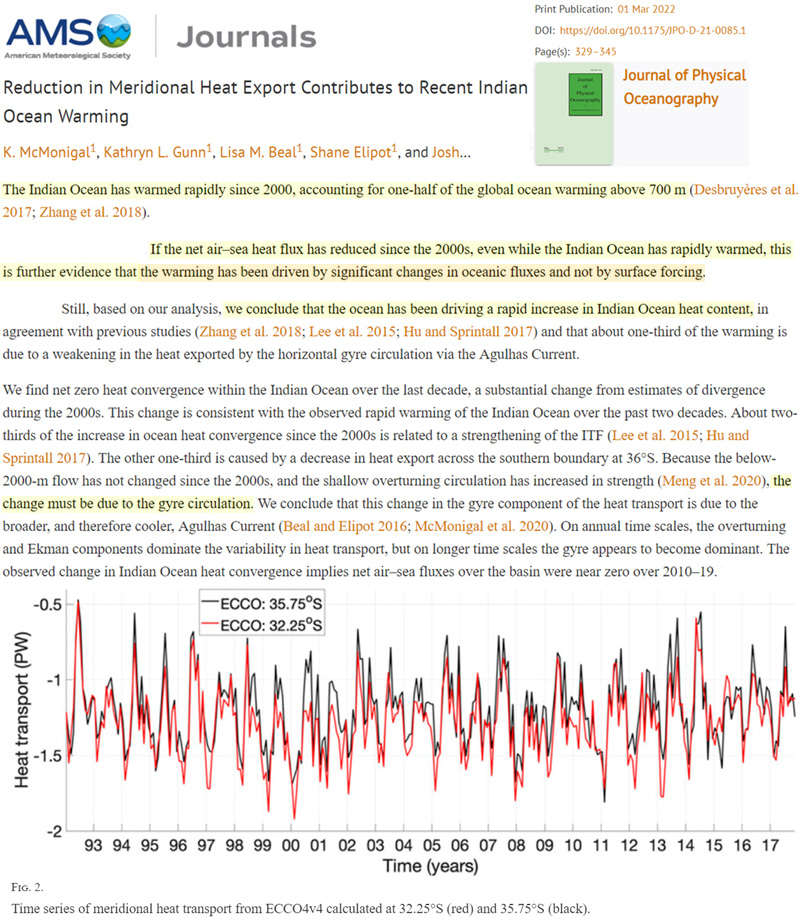 And if natural processes in ocean heat transport can explain warming in the Indian Ocean, it is not a stretch to assume the same explanation can be applied for warming trends in the rest of the global ocean too.