Renewable energy is a fundamental element of future energy supply and solar energy is an important element within this. Solar farms use land. The right place for solar is poor grade land of low environmental value, commercial roof space and brownfield sites. 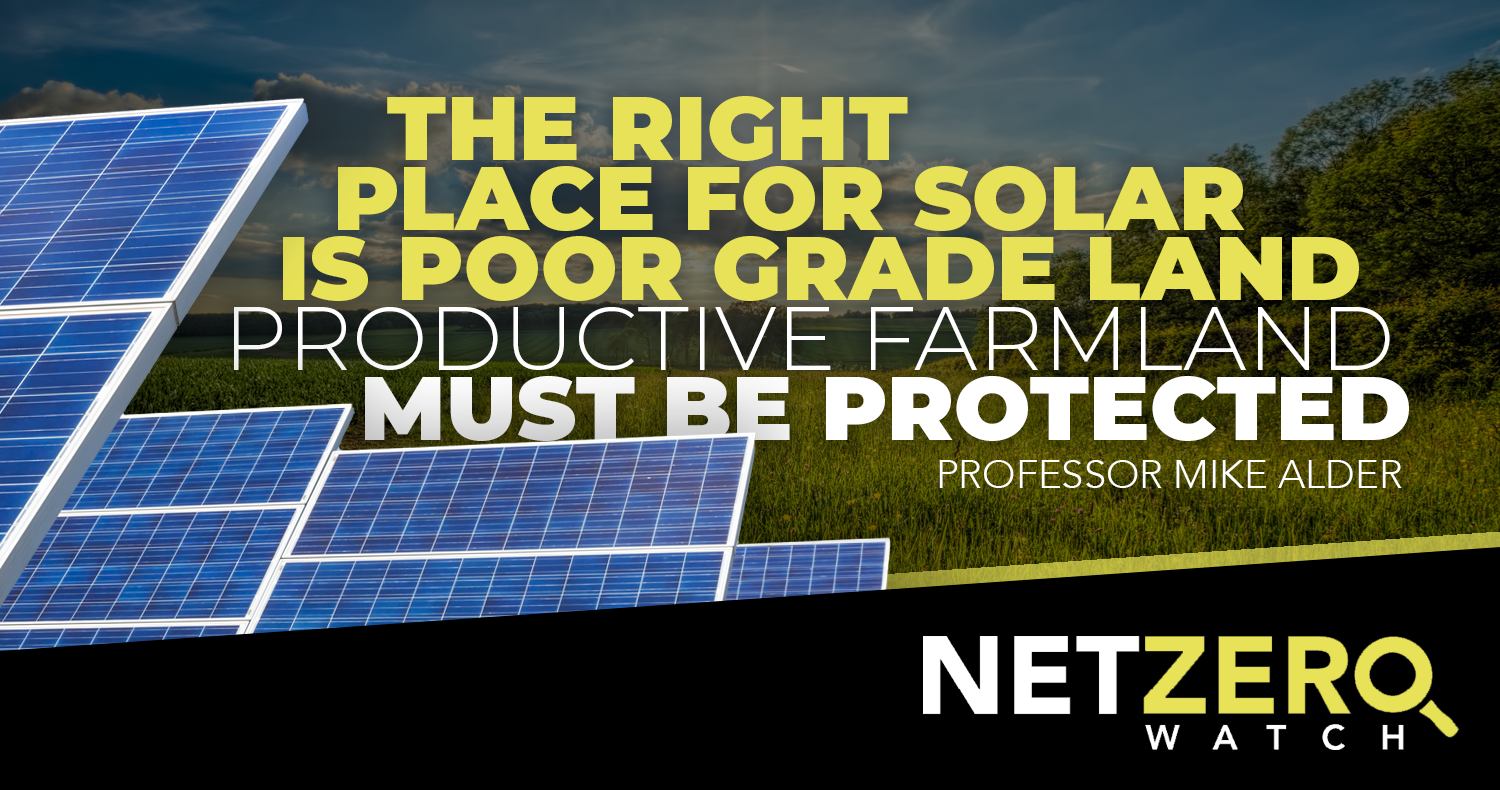 The terrible war in Ukraine has focused the minds of politicians and planners on energy supply. This is, of course, important, but of far greater concern should be food supply for the UK.

Ukraine produces 12% of the world’s wheat, and Ukraine and Russia together produce over 35% of the world’s wheat exports. The UK imports 15% of its milling wheat requirement. The price of wheat on the futures market for July is around £300/ton; at last harvest if was £200/ton. A further factor, partly caused by the war, is the price of fertilizer. This is now at £1000/ton and last July was only £180/ton. Expectations are that farmers will reduce fertilizer inputs by at least 20%, thereby reducing crop yields. The Ukraine war comes on top of an already very worrying food security situation. The UK currently imports 40% of all food needs. This is likely to soon exceed 50% because of population growth, land loss, stabilising crop yields, climate change and problems with supply chains. Food security must be a central plank of government policy. The recently published National Food Strategy (July 2021) states that “Securing the nation’s food supply has been a central role of all states since history began.”

The most worrying statistics relate to agricultural land loss. Average land loss to UK agriculture has been assessed at 40,000 hectares (96,000 acres) a year and rising. In reality, the figure could be a lot higher, with woodland targets set at 30,000 hectares a year, and infrastructure projects and housing expanding and increasing land usage. A study by the UK Centre of Ecology and Hydrology suggested a loss of two million acres between 1990 and 2025, and a study by the University of Cambridge 2014 suggested a land shortfall to farming of two million hectares (4.8 million acres) by 2030. Every projection shows that loss of productive land and new environmental schemes, while fundamentally a good thing, will reduce food productivity; the same applies to woodland areas. Land being used for energy purposes, e.g. the production of biofuels or for solar farms, will further reduce the food-growing areas.

In 2021, bioenergy crops and solar farms accounted for a 3.3% loss of arable land. Future predictions are for a further 6.5% loss. This means that 445,000 acres are now not available for food production and could be compounded by a further loss of 900,000 acres.

In general terms, all the evidence suggests crop yields have remained flat in the period 2010-2020, so the area of land available for food production will not be compensated by higher crop yields. This of course will be worsened by reduced fertilizer usage.

The typical reaction to all of the above is that the UK can import food. This is by no means certain. Climate change will have an impact on food production in the UK, particularly severe weather conditions affecting crop yields. A report on food security in the House of Commons library (2020) states that climate change will produce significant risks to UK food supply.

A risk assessment produced for the government in January 2022 highlighted the risks to food importation from climate change.

When there are energy price rises there is an immediate impact on consumers. Price rises at the petrol pumps, energy bills increase and action is demanded. Food is taken for granted and, apart from short term supply chain issues, there has been a confidence food will always be there.

The crisis in food supply is however already with us. 5 million people, 8% of the UKs population were identified in 2019-20 as being in food poverty. The Food Foundation stated in January 2021 this was now 9%. The Trussell Trust has reported a 123% increase in food bank usage over the last 5 years. Food price inflation is currently 5%, but many experts suggest the figure could soon reach 15%. The UK might still be able to import food as its home based production declines, but the price will be high and many will suffer financially.

The answer to all these issues is of course obvious, we must maintain home-based food production. To do this, a prerequisite is maintaining valuable farmland in food production. This is not just best land as defined by a no longer fit for purpose land classification system. The National Food Strategy suggests protecting land that is known to produce high yielding crops. Current guidelines for protecting farmland allow for significant interpretation and do not protect valuable productive land. Government must introduce greater regulatory powers to protect farmland and the UKs food supply.

Renewable energy is a fundamental element of future energy supply and solar energy is an important element within this. Solar farms use land. The right place for solar is poor grade land of low environmental value, commercial roof space and brownfield sites.

The National Food Strategy recommends a national land use model with land identified in various categories, one of which would be high-yield farms. This land must be protected, something the author identified many years ago when he was awarded a Churchill scholarship to study land use in Japan.

Our land is finite; it must be used in the right way. Planners and politicians must be vigilant and aware that if the nation runs short of food a disaster will be on their hands. Productive farmland must be protected; to do otherwise would be madness.