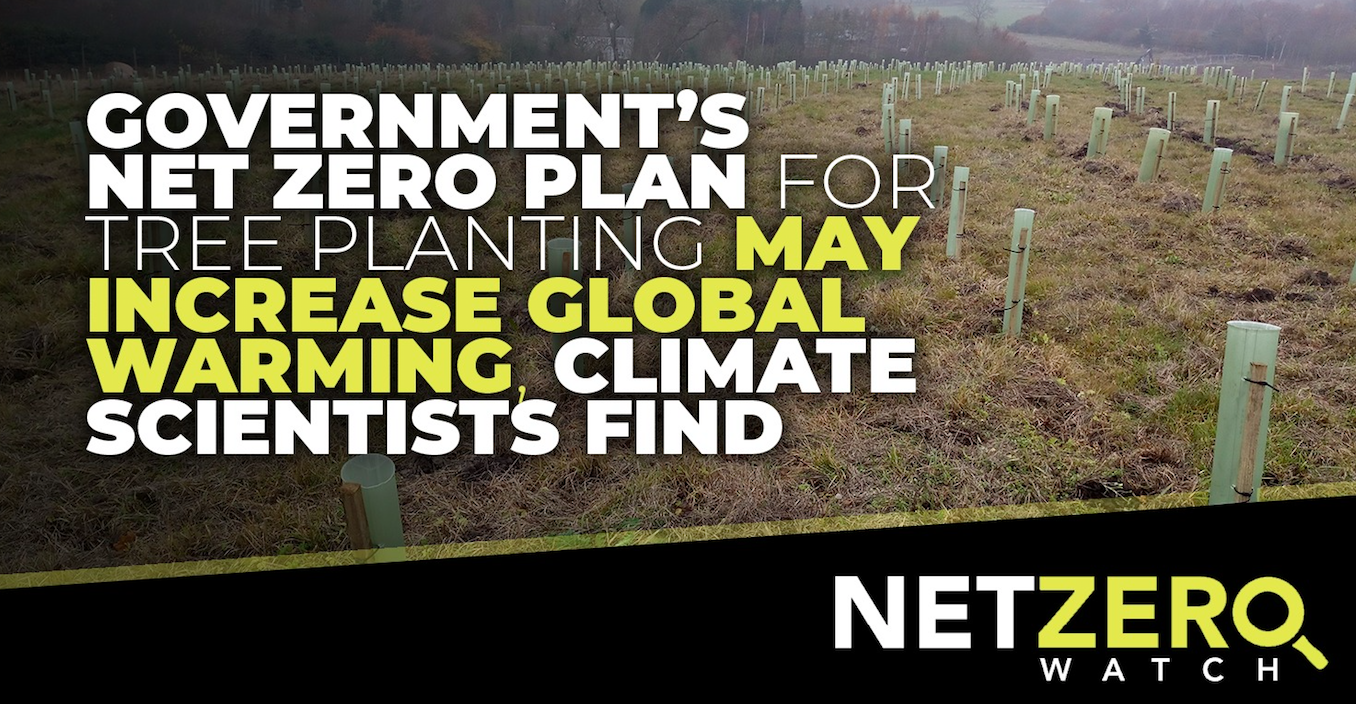 London, 12 April – Findings by an international team of climate scientists suggest that the government’s Net Zero project to plant millions of trees in Britain is likely to increase rather than decrease global temperature.

In a new paper published in Frontiers in Forests and Global Change the scientists look at the climate effects of deforestation at different latitudes.

The researchers find that at latitudes 50°N to 60°N – in other words essentially all of the UK – and above, deforestation contributes to global cooling, so afforestation (which has opposing effects to deforestation) will contribute to global warming. That is because increased forestation reduces reflection of solar radiation, substantially outweighing its cooling effect via carbon dioxide sequestration.

As part of their Net Zero strategy, the government is spending £750 million on reforesting in England by 2025, at a time when public finances are under immense strain, and with food shortages threatened.

The new research findings, however, suggests that the Government’s plans are not only wasteful – and often detrimental to the environment and food security – but may actually increase global temperature, the opposite of the intended effect of the Net Zero project.

Britain said it planned to treble tree planting rates over the next three years to help reach its target of net zero carbon emissions by 2050, as part of efforts to fight climate change…”We will make sure that the right trees are planted in the right places and that more green jobs are created in the forestry sector,” Eustice is due to say, according to a government statement published on Sunday.