The Crude Hypocrisy And Rot Of Green Politics

Under Donald Trump’s presidency, the U.S. became “a net total energy exporter in 2019 for the first time since 1952,” a position maintained in 2020, says the U.S. Energy Information Administration. It was a historic moment. In 2020, the U.S. also “exported more petroleum than it imported – marking the first time that has happened,” says the Daily Energy Insider. But in 2022, the U.S. petroleum trade is expected “to shift toward net imports.” 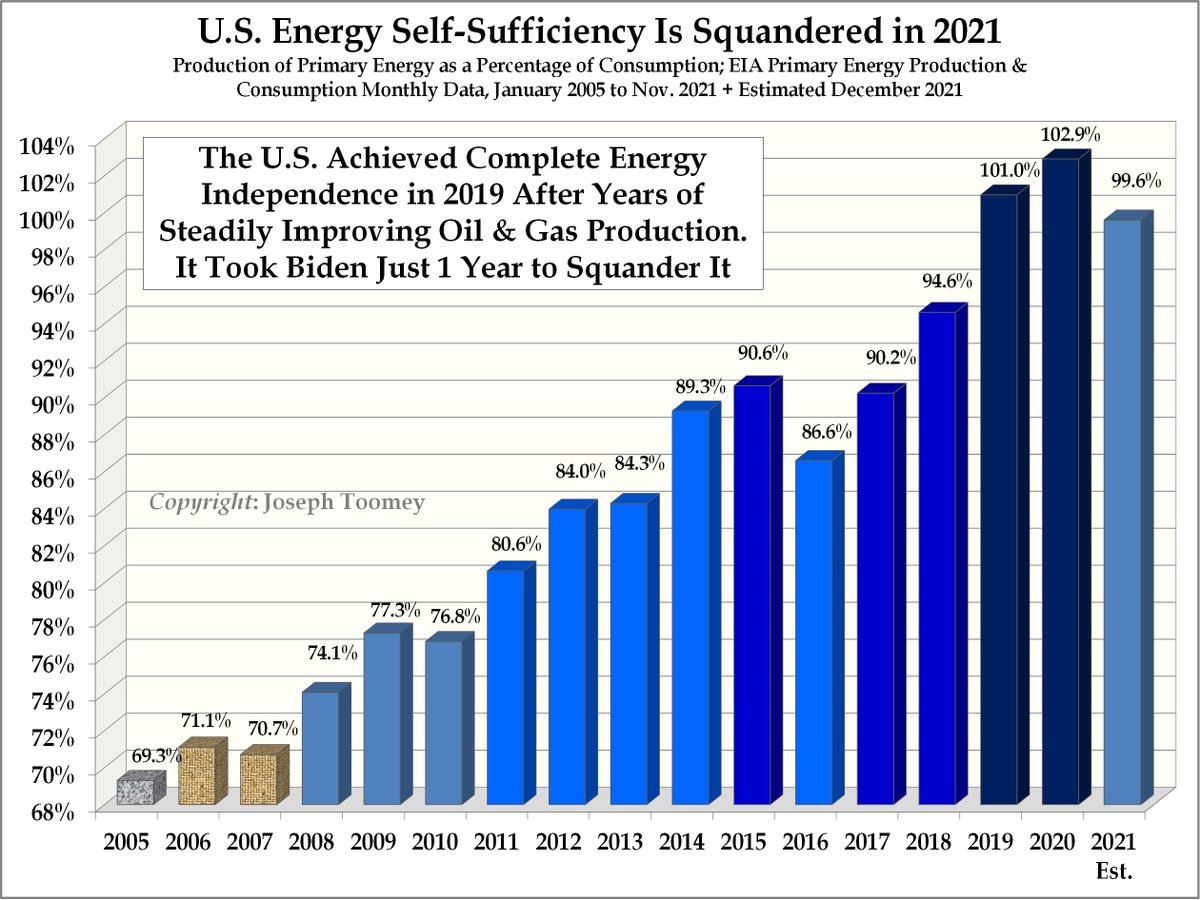 Written by the I&I Editorial Board

That gasoline prices are becoming unaffordable to many Americans is becoming old news. What got us here, though, is a story unheard by much of the public. It starts and ends with green politics.

As gasoline reaches prices that made it a luxury good during President Joe Biden’s year in office, the White House is considering asking the Saudis to produce more oil. At the same time, the administration apparently wants more oil from Venezuela, which is languishing under a dictatorship that’s squarely aligned with Russian President Vladimir Putin, and Iran, a member in good standing with the axis of evil.

“Joe Biden is frantically searching the globe to see if anyone but Texas might have some spare oil,” says a tweet from Bryan Dean Wright, a former CIA officer and Oregon Democrat, that sums up well the comical blundering as well as the corrupt decision-making of the current White House.

Under Donald Trump’s presidency, the U.S. became “a net total energy exporter in 2019 for the first time since 1952,” a position maintained in 2020, says the U.S. Energy Information Administration. It was a historic moment.

In 2020, the U.S. also “exported more petroleum than it imported – marking the first time that has happened,” says the Daily Energy Insider. But in 2022, the U.S. petroleum trade is expected “to shift toward net imports.”

It’s easy to blame Biden because he is at fault. This president has shut down the Keystone XL pipeline, which would have carried ​​830,000 barrels of crude each day from Alberta to the American heartland; proposed ​​to permanently ban offshore oil drilling off Florida’s coastline; and suspended or delayed new federal oil and gas leasing. The policies have contributed to higher prices over the last year because oil companies, as any industry would, price in expected future tight supplies to avoid shortages.

It didn’t have to happen this way. The resources are still available.

“We have the energy, we have the resources here. And we have the technology. We’re a million barrels short a day right now that we could just ramp up like that. We can do certain things,” West Virginia Democratic Sen. Joe Manchin, a member of the Senate Energy and Natural Resources Committee, said Sunday on “Meet The Press.”

But green politics won’t allow the U.S. to take advantage of its bounty of crude and natural gas. Oddly, though, the environmentalists who hold energy policy hostage when Democrats are in power have no problem with this country importing oil from nations where the drilling and transportation processes are dirtier than they are in the U.S., and the regimes are not democratically elected.

This is the California model. Officials and activists’ rush to create an all-renewables electricity grid has forced the state to import energy from producers in Arizona, Baja California, Colorado, Mexico, Nevada, New Mexico, Texas, and Utah that rely on natural gas, nuclear energy, and coal, three sources that California wants to eliminate from its portfolio. But this is acceptable, because it’s happening somewhere else, outside the view sheds of the wealthy enclaves on the coast.

It’s the same with the mining of the natural resources that are needed to build batteries for electric cars, cell phones, and other modern conveniences. The political left is happy to use these items as long as the extraction for material used in their manufacture is done away from their myopic gazes in countries where environmental protections hardly exist.

Yes, this not-in-my-back yard attitude is hypocritical, but worse than that, it produces poor public policy. We hope some day a majority of voters consistently figures this out in election after election.

Surprise! The U.S. Is Still Energy Independent in 2021 – Forbes

America Is the World’s Largest Oil Producer. So Why Is Losing Russia’s Oil Such a Big Deal? – The Atlantic – “The U.S. might be “energy independent,” but it still can’t control production.”