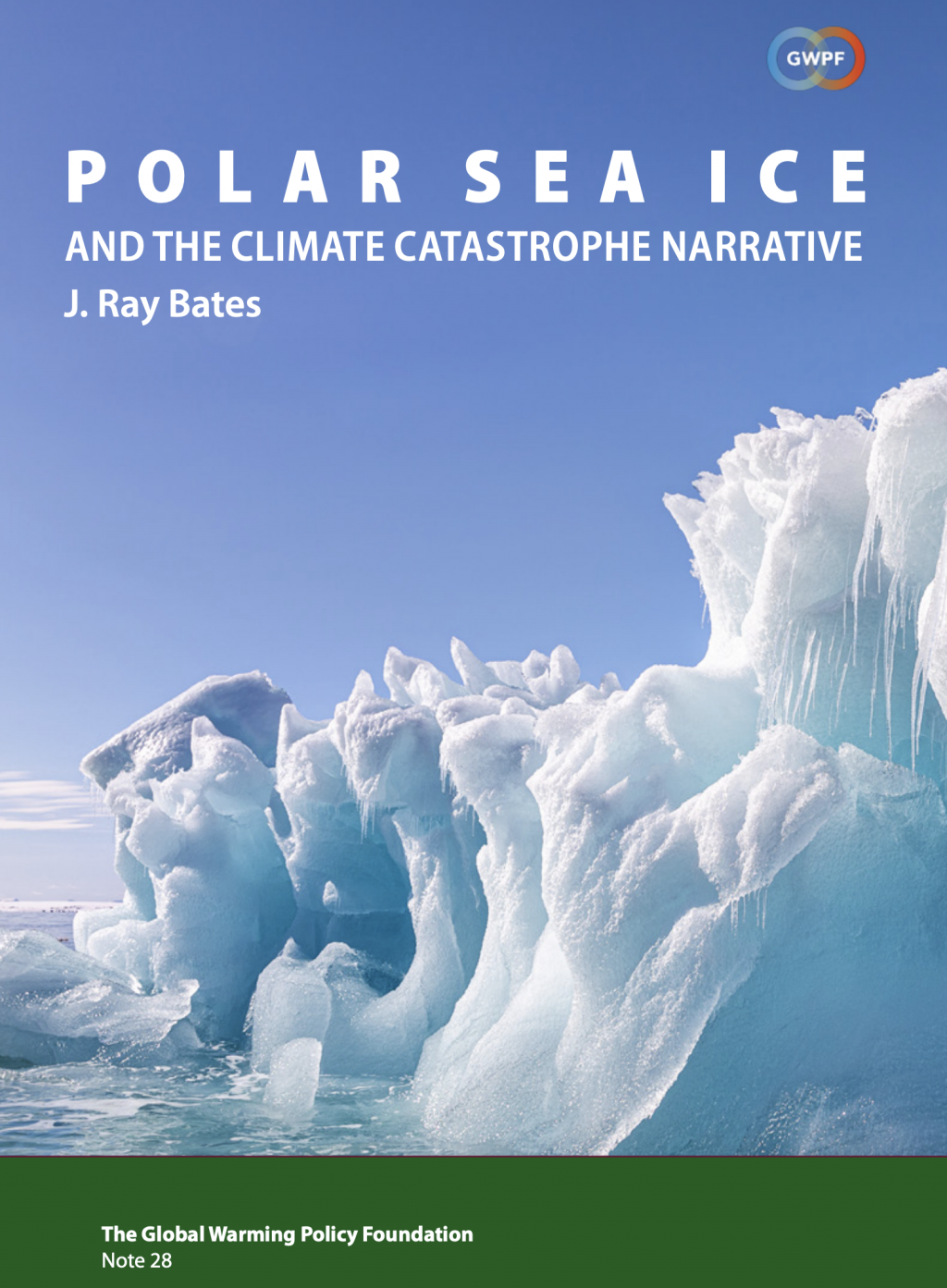 London, 14 December – A new paper by an eminent meteorologist says that trends in polar sea-ice levels give little cause for alarm. The paper, by Professor J. Ray Bates has just been published by the Global Warming Policy Foundation.

According to Professor Bates, climate model simulations indicate significantly decreasing sea ice levels in both hemispheres, with the greatest decreases occurring in September each year. However, the observed September trend in the Antarctic is actually slightly upwards, and while observed levels in the Arctic have fallen over the last 40 years, they have been quite stable since around 2007.

In 2007, Al Gore told us that Arctic sea ice levels were ‘falling off a cliff’. It’s clear now that he was completely wrong. In fact, the trends in sea-ice are an antidote to climate alarm.”

Climate models failed to predict the growth in Antarctic sea ice, and they missed the recent marked slowdown of sea-ice decline in the Arctic. It would be unwarranted to think they are going to get things right over the next 30 years.”

Professor Bates’ paper is published today, and can be downloaded here (pdf).