For decades Great Barrier Reef (GBR) warming and coral bleaching have often been assumed to be driven by human greenhouse gas emissions and/or El Niño events. But a new study finds a much larger and more robust correlation between natural cloud cover modulation of solar radiation, shallow-water warming, and bleaching.

It has taken over 260 years for the net total radiative forcing from CO2 to allegedly rise by a grand net total of 1.82 W/m².

But a new study reveals that a commonly-observed 20% decrease in cloud cover over the GBR exposes this region to an additional 30 W/m² of direct solar radiation for weeks, months at a time. This dramatically warms shallower waters and, more importantly, the enhanced shortwave radiation perpetually exposes corals to UV bleaching.

“SST over the GBR is more highly correlated with the overhead cloud cover than the large-scale El Niño–Southern Oscillation signal.”

“Local-scale reduced cloud cover plays a crucial role in the shallow water warming over the GBR and the occurrence of thermal coral bleaching events.” 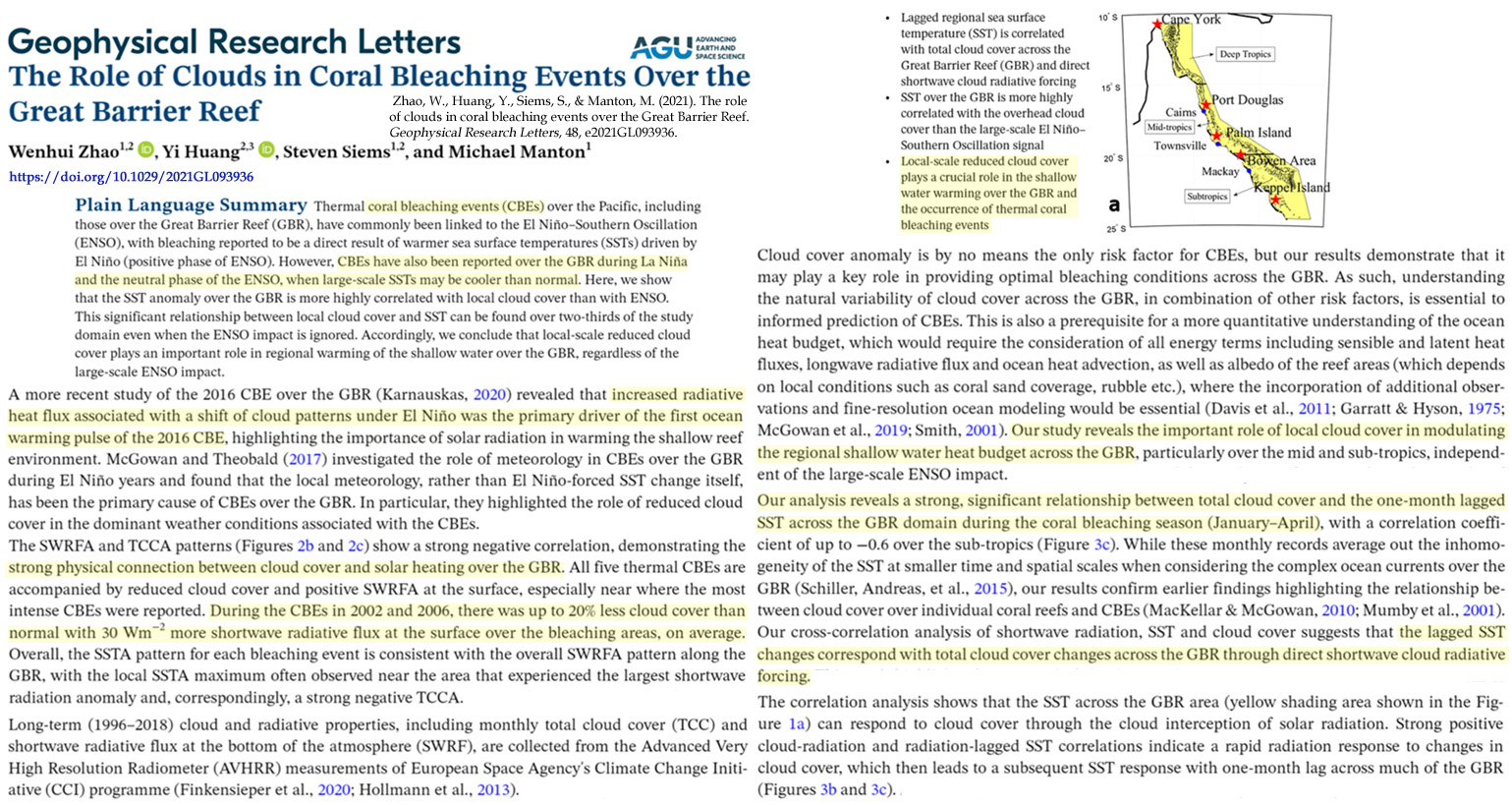 The evidence shows naturally-driven coral bleaching events have been ongoing for centuries, millennia, and beyond.

Earlier this year we highlighted a 2021 study asserting Coral Bleaching ‘Repeatedly Occurred’ Throughout The Warmer-Than-Today Mid-Holocene. 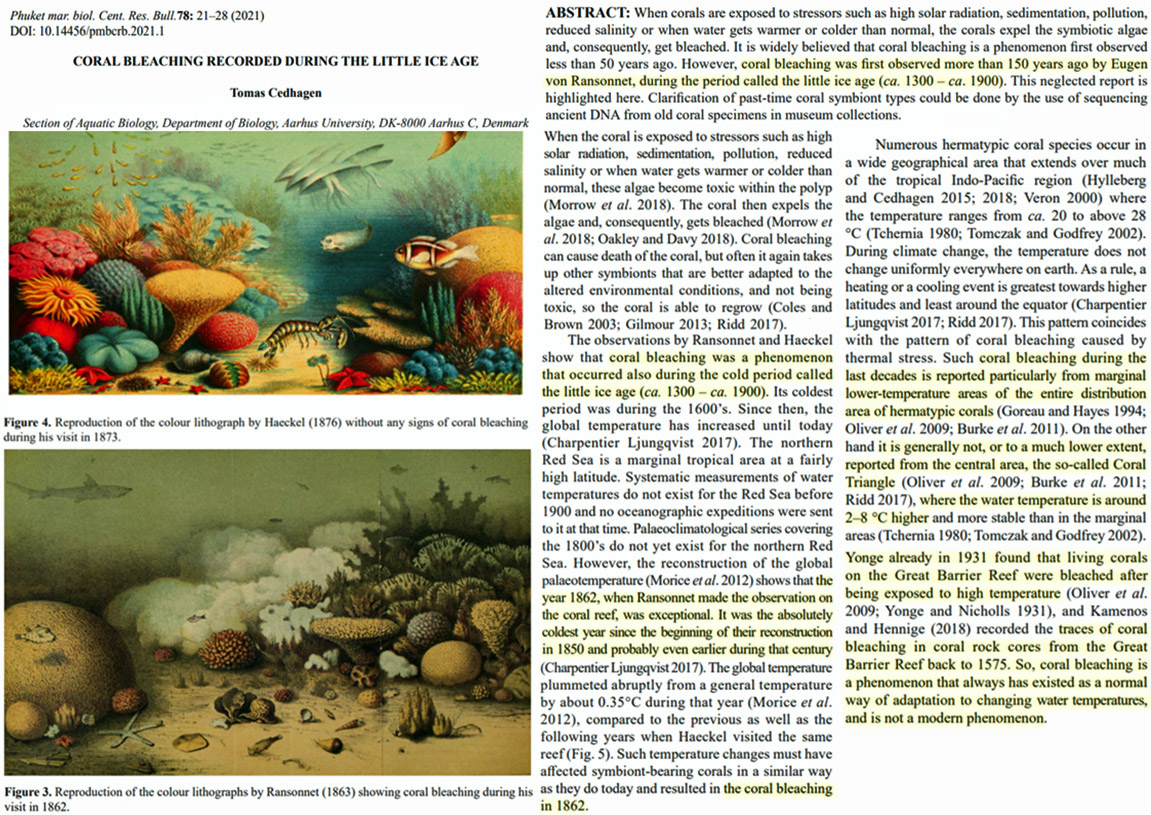 The author asserts that what is “widely believed” about human-driven coral bleaching is wholly wrong, as bleaching is “not a modern phenomenon” but a “normal way of adapting to changing water temperatures.” Coral bleaching has been recorded in the 1930s, 1860s (paintings), and 1570s.

“Yonge already in 1931 found that living corals on the Great Barrier Reef were bleached after being exposed to high temperature (Oliver et al. 2009; Yonge and Nicholls 1931), and Kamenos and Hennige (2018) recorded the traces of coral bleaching in coral rock cores from the Great Barrier Reef back to 1575. So, coral bleaching is a phenomenon that always has existed as a normal way of adaptation to changing water temperatures, and is not a modern phenomenon.”

There is even evidence that coral bleaching is more likely to occur where water is cooler. For example, the Coral Triangle is 2-8°C warmer than surrounding “marginal” or “low-temperature” areas, but the cooler regions record more bleaching events than the Coral Triangle does.

“Such coral bleaching during the last decades is reported particularly from marginal lower-temperature areas of the entire distribution area of hermatypic corals (Goreau and Hayes 1994; Oliver et al. 2009; Burke et al. 2011). On the other hand it is generally not, or to a much lower extent, reported from the central area, the so-called Coral Triangle (Oliver et al. 2009; Burke et al. 2011; Ridd 2017), where the water temperature is around 2–8 °C higher and more stable than in the marginal areas (Tchernia 1980; Tomczak and Godfrey 2002).”

So, in sum, yet another claim about the unprecedentedness of modern warming and bleaching in the GBR and their alleged connection to human greenhouse gas emissions has been smeared by observational evidence.