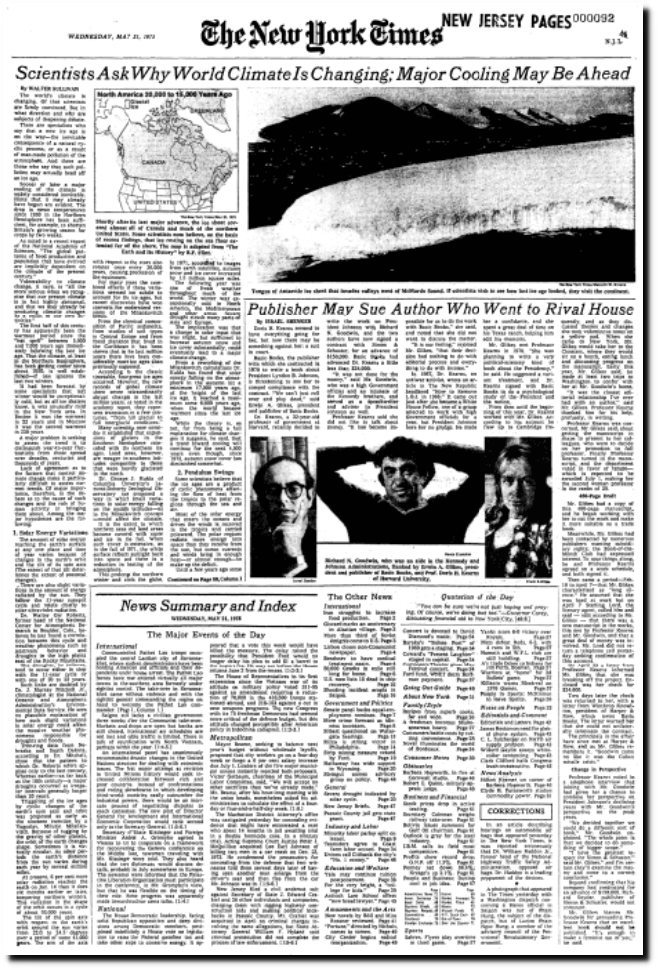 “The world’s climate is changing. Of that scientists are firmly convinced. But in what direction and why are subjects of deepening debate.

There are specialists who say that a new ice age is on the way—the inevitable consequence of a natural cyclic process, or as a result of man-made pollution of the atmosphere. And there are those who say that such pollution may actually head off an ice age.

Sooner or later a major cooling of the climate is widely considered inevitable. Hints that it may already have begun a evident. The drop in mean temperatures since 1950 in the Northern Hemisphere has been sufficient. for example. to shorten Britain’s growing season for crops by two weeks.

As noted in a recent report of the National Academy of Sciences, “The global patterns of food production and population that have evolved are implicitly dependent on the climate of the present century.” 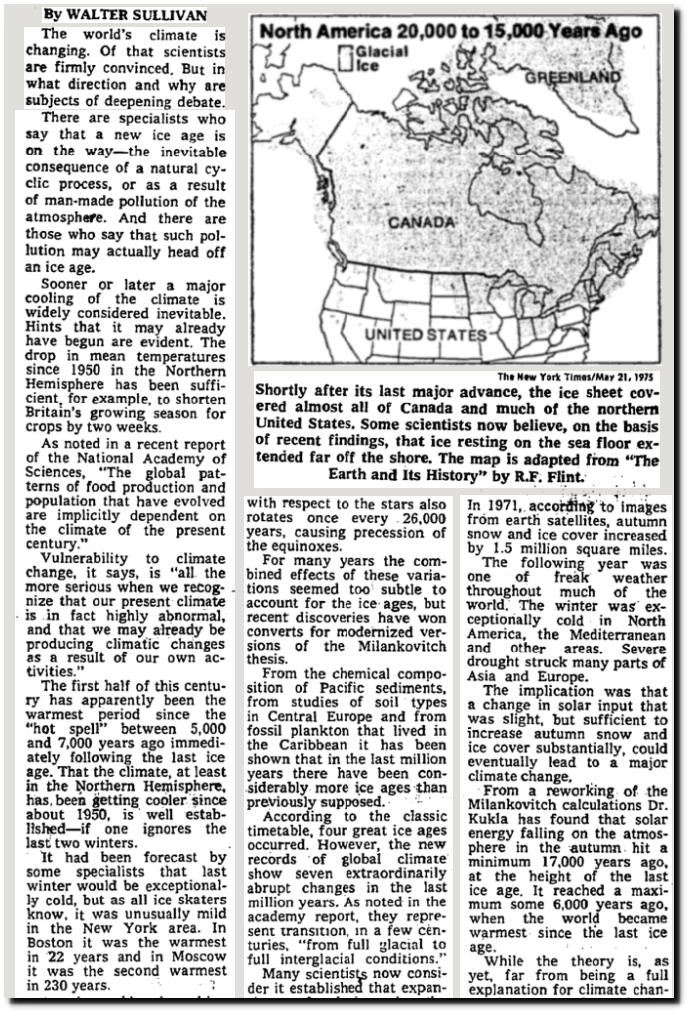