The West Virginia Democrat undercut the president’s message while overseas. 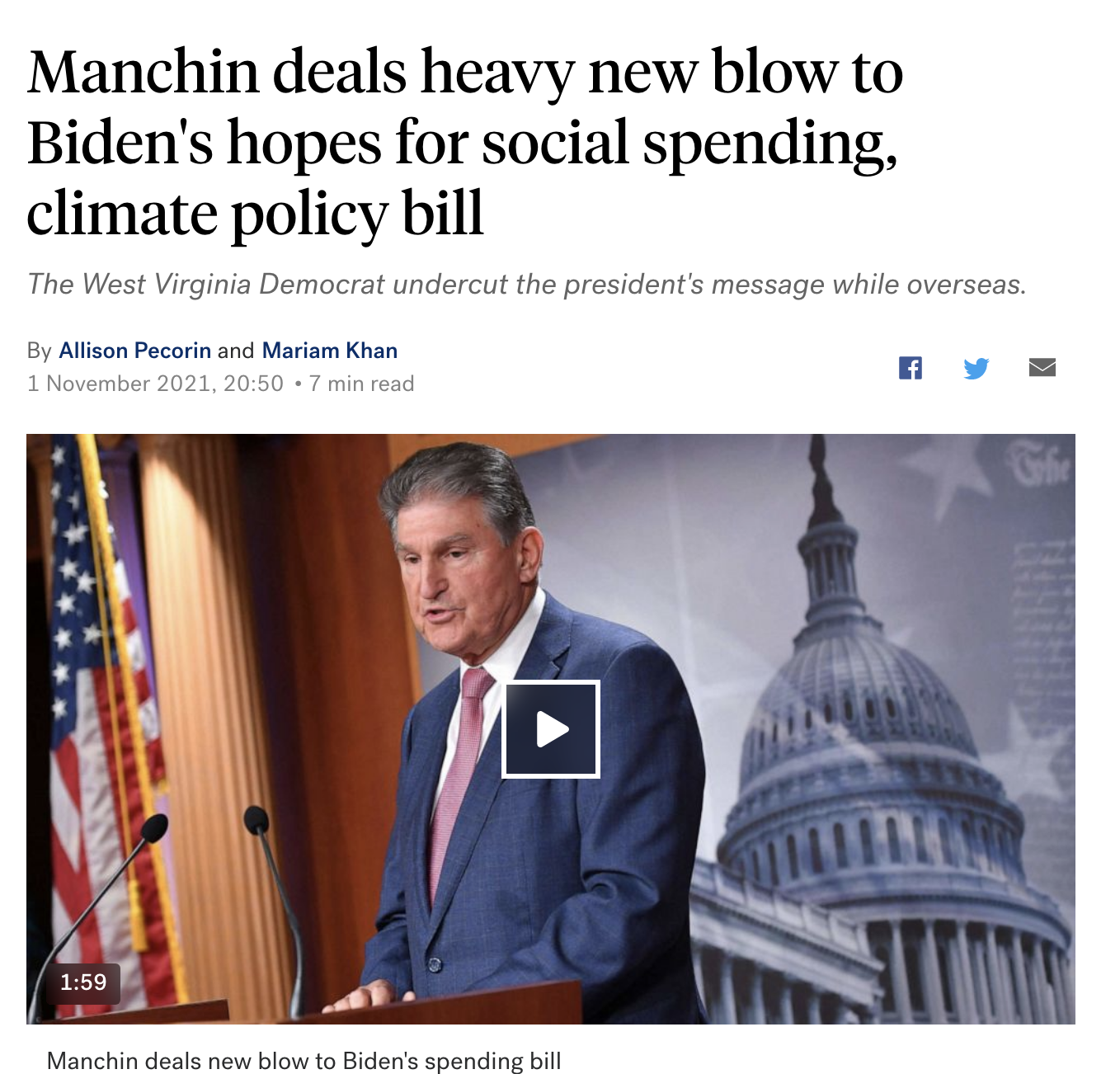 A clearly frustrated Sen. Joe Manchin, dealing a new and heavy blow to President Joe Biden’s hopes for getting his agenda passed, said Monday that House Democrats should “stop playing games” with the $1 trillion bipartisan infrastructure bill and told progressive lawmakers in the lower chamber that “holding the bill hostage” won’t earn his support for the $1.75 trillion social spending package.

Stressing his objections by calling an unusual news conference, the West Virginia Democrat suggested it will take much longer to reach a deal — if even possible — on Biden’s “Build Back Better” package, even as Biden and the White House were hoping for passage this week to back Biden while on his overseas trip.

On Monday, at an international conference on dealing with climate change, he touted the measure’s provisions on fighting the problem.

“The political games have to stop. Twice now the House has balked at the opportunity to send the BIF legislation to the president,” Manchin said, calling for the House to hold an up-or-down vote on the bill. “Holding this bill hostage is not going to work in getting my support for the reconciliation bill.”

Monday’s remarks from Manchin are especially remarkable, coming with Biden on the world stage and his economic agenda hanging in the balance. Manchin said he’s attempting to clarify “mischaracterizations” of his position he said have been made since Biden met with House Democrats last Thursday — just before heading overseas.

Within minutes, White House press secretary Jen Psaki issued a statement countering Manchin’s concerns and stating the Biden White House is “confident” he will go along.