In a surprise, mammals with a body temperature of 37 degrees Celsius do better in warmer weather

Who knew that global warming has saved 166,000 lives a year every year since 2000? Burn coal, save the world! Some countries are just not doing enough to help. Does your nation have a Net-100 Plan for 2050 to double CO2 emissions? It’s never too late to start. Countries that leave coal deposits undeveloped are not part of the solution. 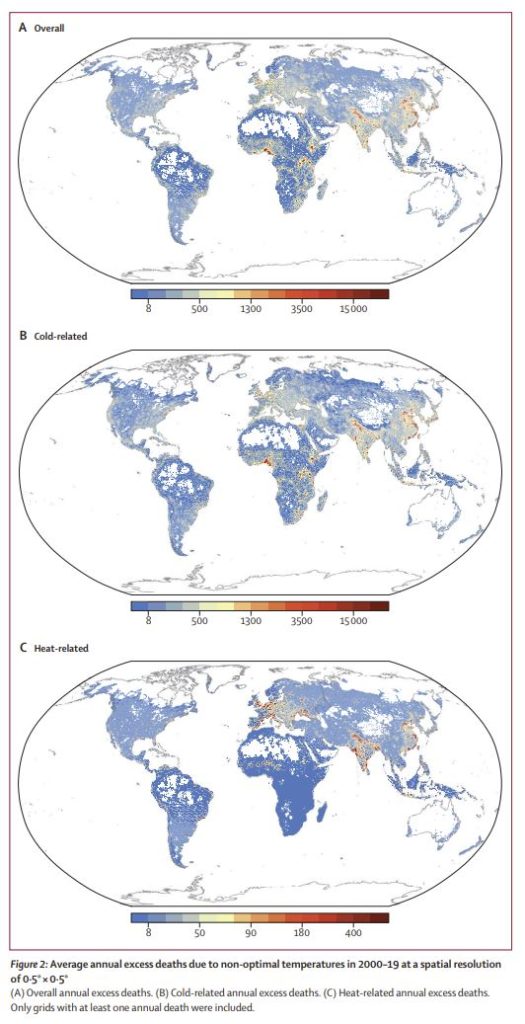 … climate change has saved more lives from temperature-related deaths than it has taken. Heat deaths make up about 1% of global fatalities a year—almost 600,000 deaths—but cold kills eight times as many people, totaling 4.5 million deaths annually. As temperatures have risen since 2000, heat deaths have increased 0.21%, while cold deaths have dropped 0.51%. Today about 116,000 more people die from heat each year, but 283,000 fewer die from cold. Global warming now prevents more than 166,000 temperature-related fatalities annually.

Headlines predictably said “Heat Deaths Up 50%” since the year 2000. But Lomborg points out that most all of that rise was due to there being more old people:

Global warming does cause more heat deaths, but the editors’ statistic is deceptive. They say global heat deaths have gone up by 54% among old people in the past 20 years, but they fail to mention that the number of old people has risen by almost as much. Demographics drove most of the rise, not climate change.

From the paper — 5 million people die of heat or cold each year:

Previous studies showed that the thing that saved people from heat death in the 20th Century was — airconditioners .

If we want to save the poor in Africa from dying of heat waves, the best thing we can do is help them get air conditioning and the cheap electricity to run it.