Apparently with this headline

They are blissfully unaware that a) wildfire acreage burnt is BELOW THE 10 YEAR AVERAGE. That 10-year average is less than 20% of what the 10 years average 1926-1935 was

B) No one is talking to them about the weather, With the developing trough in the west later this month 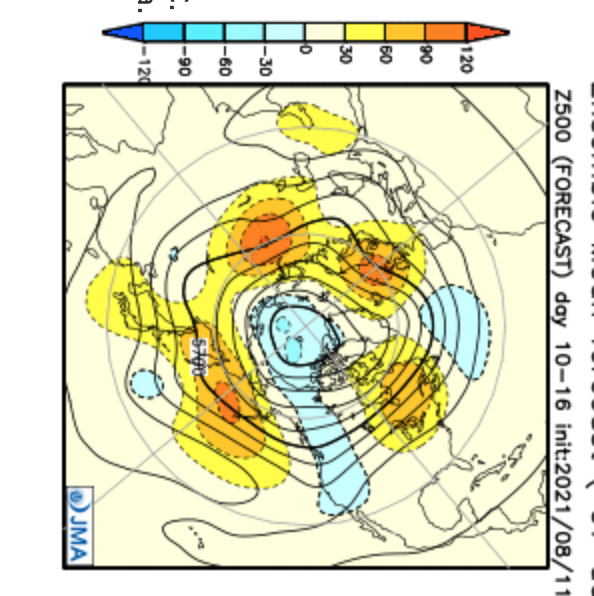 We may break the back of summer early. This means cooler weather in the west, perhaps shutting the season down more than average and meaning IT WINDS UP BELOW AVERAGE!!!

What of the (4) Pacific. Since the number one polluter on the planet, China, gets hits by typhoons, why not go after them. After all, you are supposed to be Scientific and American, right?   What of the Pacific season last year, a much bigger climate signal if you want to play that game since it was the second LOWEST on record. And by the way, any comment on the West PAC being below average again? or the reason beyond the pat answer, oh it is La Nina?  Of course not because you have no idea of what is going on, only what you are told to push.

When Scientific American writes stuff like this their name becomes an Oxymoron. It’s neither scientific, nor American, as one is searching for all the answers by actually looking at the weather and knowing what is going on, and the other does not advocate for the destruction of the industry that made it possible for them to do what they do and the freedoms to challenge.

Amazingly they do this with a president who is begging OPEC to raise their production while cutting ours and allows China to dump actual pollutants into the air and ocean.

So is the goal to become like China or Opec nations?  After all the trashing of our nation, it’s going to be interesting to see how you react when you find out you either were played as fools or used as tools.  When we become like those areas with no freedoms but still pump all the things that you pretend to despise and are causing this into the air anyway, maybe some of you pushing this stuff will quit weaponizing weather and realize it’s a  phony war you think you are fighting.

So is it being fools or being used as tools?  which is it. Because its neither being truly scientific nor truly American.

Please understand I loved the weather as long as I have loved my mom and dad.  And to see it get dragged into and thru this sewer and see something with the name Scientific American write things like this, opposite of true science which would bring up these competing factors, or American when they do the bidding of nations that do not care about us,  requires me to try to defend what I love.  There are times my country is wrong, but the destruction of it by people who turn a blind eye to those far more complicit in the very things they seem to be against is a reason to speak up and question an obvious contradiction, if not purposeful deception for an agenda that is neither Scientific nor American.