Brood X cicadas have emerged in full force from Tennessee to New York.

My family can’t make it from the house to the car without encountering them.

Even President Biden was swatting them away as they clogged a charter jet preparing to fly to the G7 meeting in Europe.  The White House press corps was forced to wait and swap planes.

In 2013, CFACT posted a parody about a Brood II cicada angry that the world had not warmed as computers projected during their 17 years underground.

Now CFACT has “heard” from a similarly unhappy member of Brood X, let’s turn it over to him: 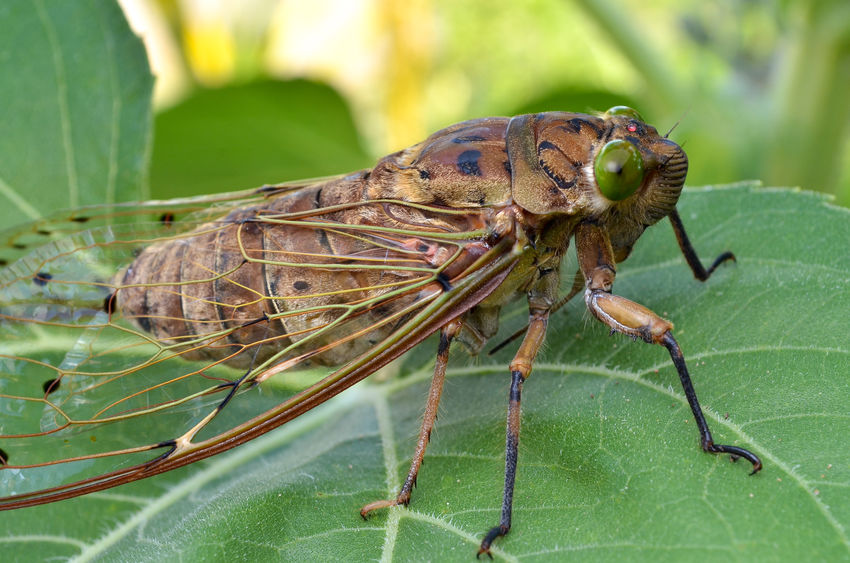 I’m not a happy cicada.

In 2004, billions of Brood X cicadas burrowed underground with heavy hearts and prepared for the worst.

Global warming was here! What should have been a happy 17 years sucking on roots and napping, was disturbed by tortured dreams of climate doom.

Finally it was time to emerge, but it was too COLD!   OK, we waited 17 years, we could wait a little longer, but too COLD?!?  What was going on?

In 2000, climate scientists at Britain’s Hadley Center, you know the guys with the peer-reviewed articles, told us that in twenty years snow would be “largely a thing of the past.”   They told us heavy snow would be so rare we would be unprepared when it finally occurred. There would be “chaos.”

Snow a thing of the past?  We’ve been setting records!

Turns out the climate crowd didn’t just blow it on snow, they blew it on everything!

The temperature of the Earth never rose the way climate models told us it would!  (Maybe they can “adjust” the temperature to fit).

Al Gore told us the Arctic Ocean would be ice free by 2014, and we believed him.  Wrong!

Sure we have our cicada skeptics, but we shut those science deniers down.  Al Gore’s got a Nobel Prize, what have they got?  Then time and again, boats that tried to navigate polar waters became trapped in ice.  They were even threatened by “marauding polar bears.”

Polar bears? What about all those drowning polar bear posters?  Turns out there’s plenty of polar bears after all.

What about all the climate tipping points?

Prince Charles told us in 2009, we only had 100 months left to save the world. What did the heir to the British throne do when the clock ran out?  He moved the goal posts.

Then in 2019, Socialist Congresswoman Alexandria Ocasio Cortez told us we had only 12 years left to save the world.

Wait a minute, Socialists in the U.S. Congress?   When Brood X went underground in 2004, America was the bulwark of freedom standing against Socialism.  Bernie Sanders was there, but he was an open apologist for the Soviet Politburo.  Bernie honeymooned in Moscow!  He’s a joke!  They sent Sanders to the Senate, almost the White House?!?  What gives?

Now there’s this Greta Thunberg kid from Sweden.  She wasn’t even born the last time Brood X emerged.  Greta skipped school, now she’s an expert?  Greta refused to fly the Atlantic to get to a UN conference in America to protest petroleum and preach Socialism.  She sailed across instead.  Turned out the boat was a high-tech carbon fiber racing yacht owned by the royal family of Monaco that was made from petroleum and natural gas.  Rich royals?  Some Socialist.  Plastic yacht?  Way to fight carbon.  How dare she!

None of what Brood X has been lectured to about the climate is holding up.

OK, Brood X is up and about, the weather’s fine, and the sounds of romance are in the air.  While we’re certainly glad the climate catastrophes we were threatened with by the media never materialized, we are unhappy nevertheless.  We don’t know about humans, but cicadas don’t appreciate climate exaggerations and lies.

By the way, Socialism never works.