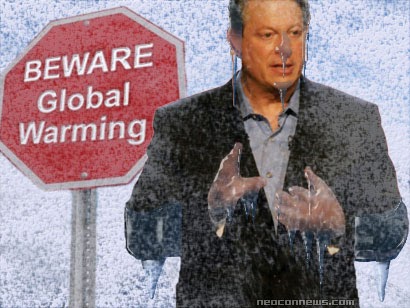 Meanwhile, the Gore Effect Strikes again! DC TV's WUSA Ch. 9: "Freeze Warnings are posted north and west of D.C. overnight. Cold with lows in the 20s and 30s and a possible freeze. Blustery Thursday with wind chills starting out in the 20s and low 30s." National Weather Service: "A large, cold dome of high pressure will settle-in across the Eastern half of the country and chilly conditions with below normal temperatures are likely. In fact, a number of record low temperatures are possible Thursday morning and widespread freeze warnings are currently in effect."  - ALso see: EAST COAST SET FOR LATE APRIL FREEZE

WUSA DC Ch. 9 Forecast: “Freeze Warnings are posted north and west of D.C. overnight. Cold with lows in the 20s and 30s and a possible freeze. Blustery Thursday with wind chills starting out in the 20s and low 30s.”

‘Happens when global warming-related event, or appearance by Gore is marked by exceedingly cold weather’

The “Gore Effect” has a long and storied history. What follows is a sampling of how Mother Nature enjoys mocking global warming fear promoters.

Excerpt: For several years now, skeptics have amusedly eyed a phenomenon known as “The Gore Effect” to half-seriously argue their case against global warming. The so-called Gore Effect happens when a global warming-related event, or appearance by the former vice president and climate change crusader, Al Gore, is marked by exceedingly cold weather or unseasonably winter weather.

Small Sampling of the “Gore Effect”:

Pelosi Snowed-Out of Global Warming Rally – March 2, 2009
Excerpt: Speaker of the House Nancy Pelosi (D-Calif.) had to cancel an appearance Monday at a global warming rally in Washington, D.C., that was hit by a snowstorm because her flight was delayed, her office told CNSNews.com. […] A blizzard Sunday night and early Monday morning blanketed the nation’s capital with snow, causing events to be cancelled and delayed across the city. 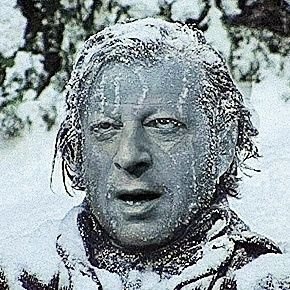 ‘Out With A Shiver: Global Warming Protest Frozen Out by Massive Snowfall’ – Fox News – March 2, 2009

‘Gore Effect’: Driving snow froze the hopes of organizers of “the biggest global warming protest in history” in Washington – March 4, 2009

Global warming activists urged to focus on Earth Day rallies and ignore snow as it ‘piles up outside our windows’ – April 17, 2007

Brrr. – Obama to global warming demonstrators: ‘This is probably not the weather to hold up those signs…it’s a little chilly today’ – October 28, 2008

The Senate Environment and Public Works Committee, Subcommittee on Oversight

Obama: ‘But the debate is settled.  Climate change is a fact.  And when our children’s children look us in the eye and ask if we did all we could to leave them a safer, more stable world, with new sources of energy, I want us to be able to say yes, we did.’

“Systems of oppression (capitalism, colonialism, racism, and patriarchy) have led to climate change, therefore we must shift our culture away from these systems.” … “Black lives matter. Queer and trans people must be heard. Rape culture must be dismantled…Marginalized cultures must be treated with dignity.”