Today we update 12 stations located at the eastern side of Antarctica, where surface temperatures are colder than those located near the peninsula: 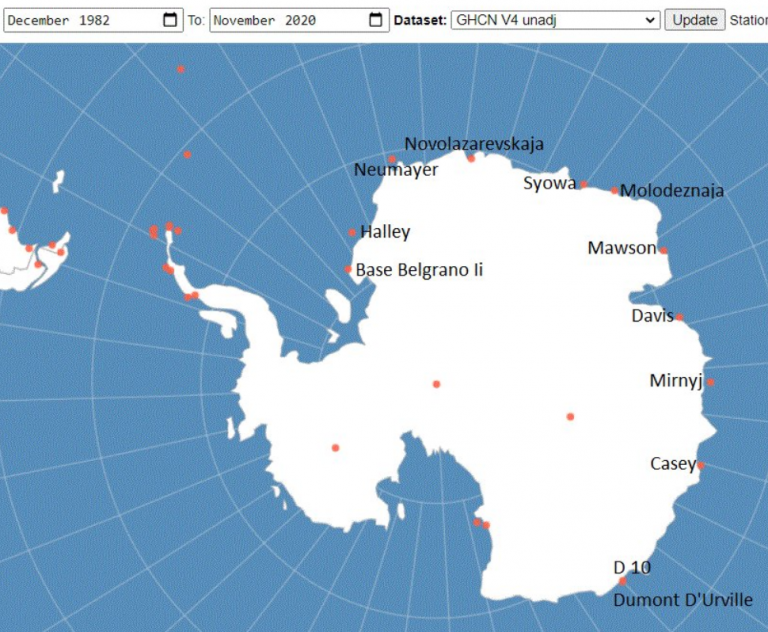 Below the NASA data from the 12 stations are plotted going back almost 4 decades, to 1983. The first chart has 4 of the stations, and the second depicts the remaining 8 stations: 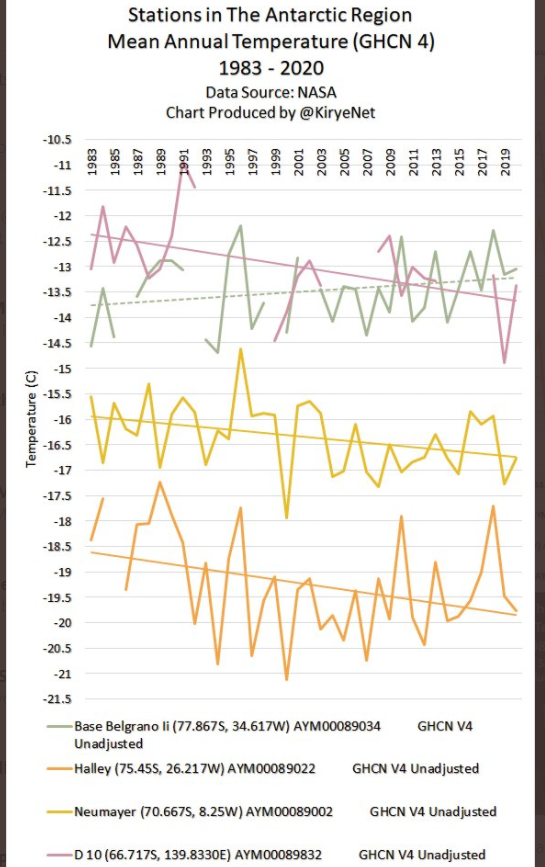 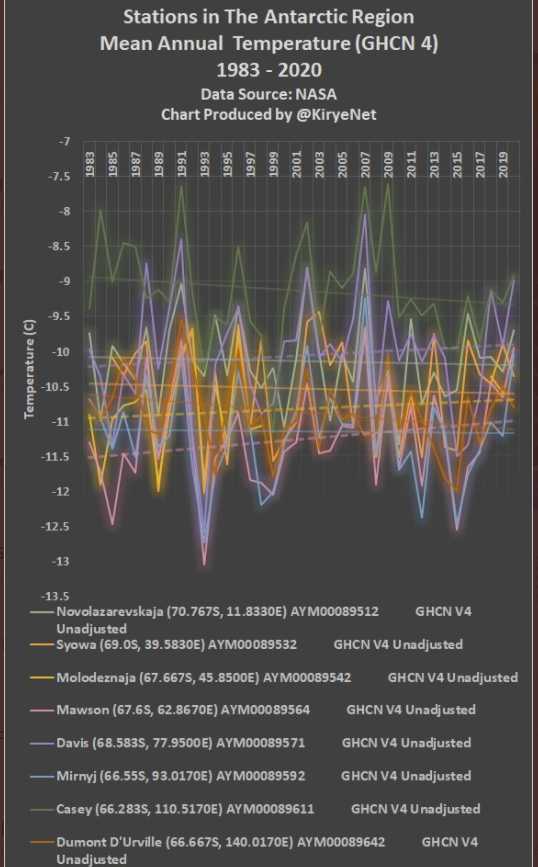 As the data reveal, 8 of 12 stations have a cooling or no warming trend at all. NASA’s own data show there’s nothing to be alarmed about in Antarctica.

No warming at Mirny since the 1950s

Next we look again at the NASA data for the Russian Mirny station, but going back to the 1950s: 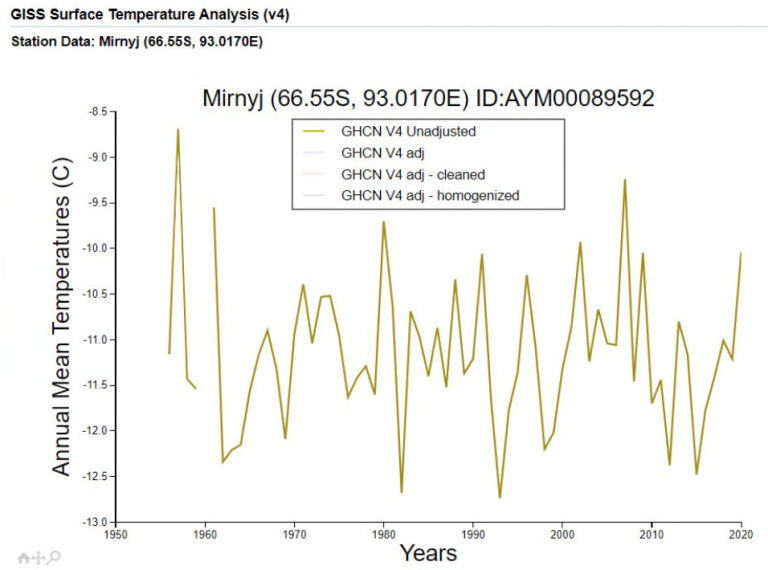 Here as well there has been no real trend since the 1950s. Obviously the southern pole is not warming along like the rest of the globe.