In 1995, the New York Times predicted “most of the beaches on the East Coast of the United States would be gone in 25 years” 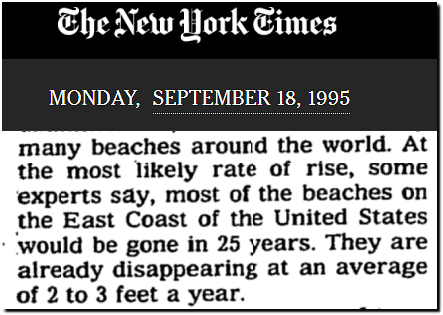 Barack Obama believes in the science, and just bought a $15 million home on an East Coast beach. The intergovernmental panel forecasts an increase in droughts like the current one in the Northeastern United States, heat waves like the one in Chicago this summer, and more fires and floods in some regions.

*A “striking” retreat of mountain glaciers around the world, accompanied in the Northern Hemisphere by a shrinking snow cover in winter. “

Since then, winter snow cover has increased to near record highs. 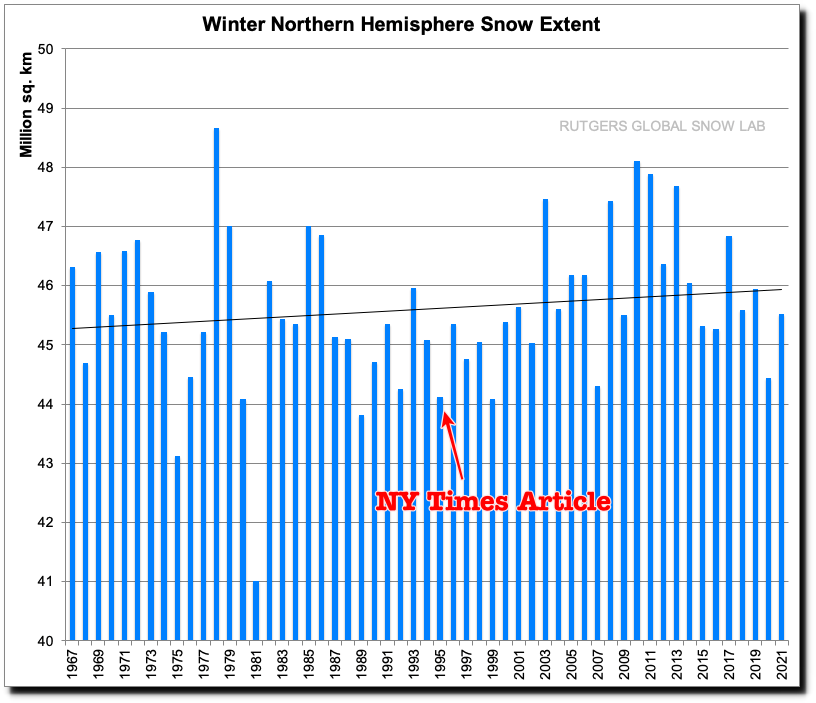 Droughts have become less common and severe in the US since the 19th century.

And the likelihood of hot weather has plummeted in the US.