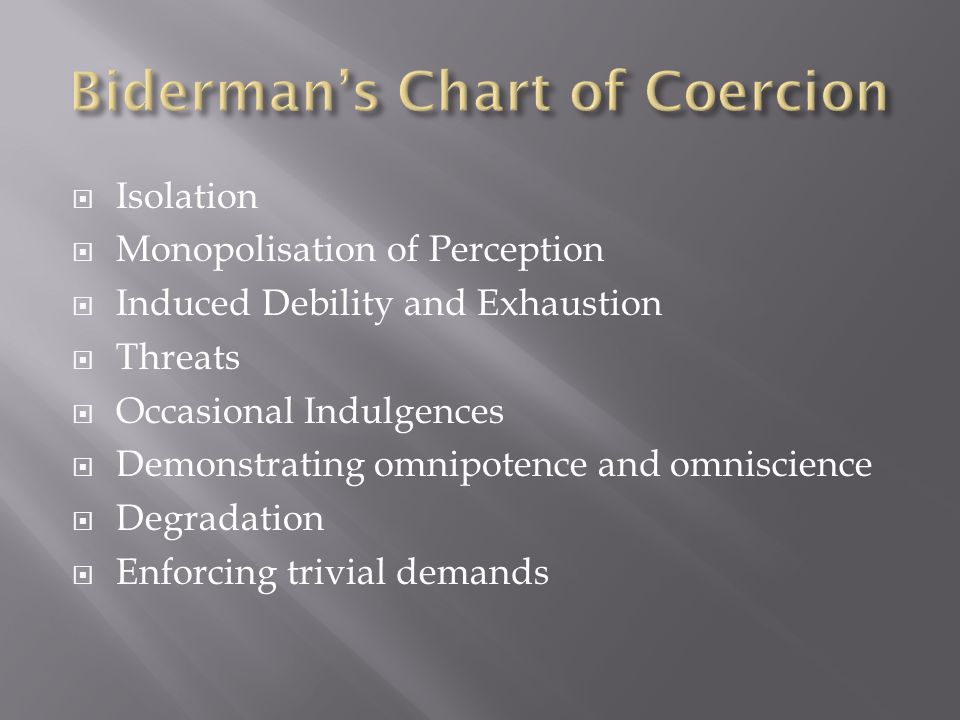 COVID = Large-scale application of the Biderman chart of coercion, which is an expert torture method for prisoners of war. #covidistorture

Someone's shared this. Indeed – there's a very strong overlap between communist or Nazi propaganda techniques and the techniques being used during this pandemic by allegedly free societies. pic.twitter.com/vmVH7vcyl9 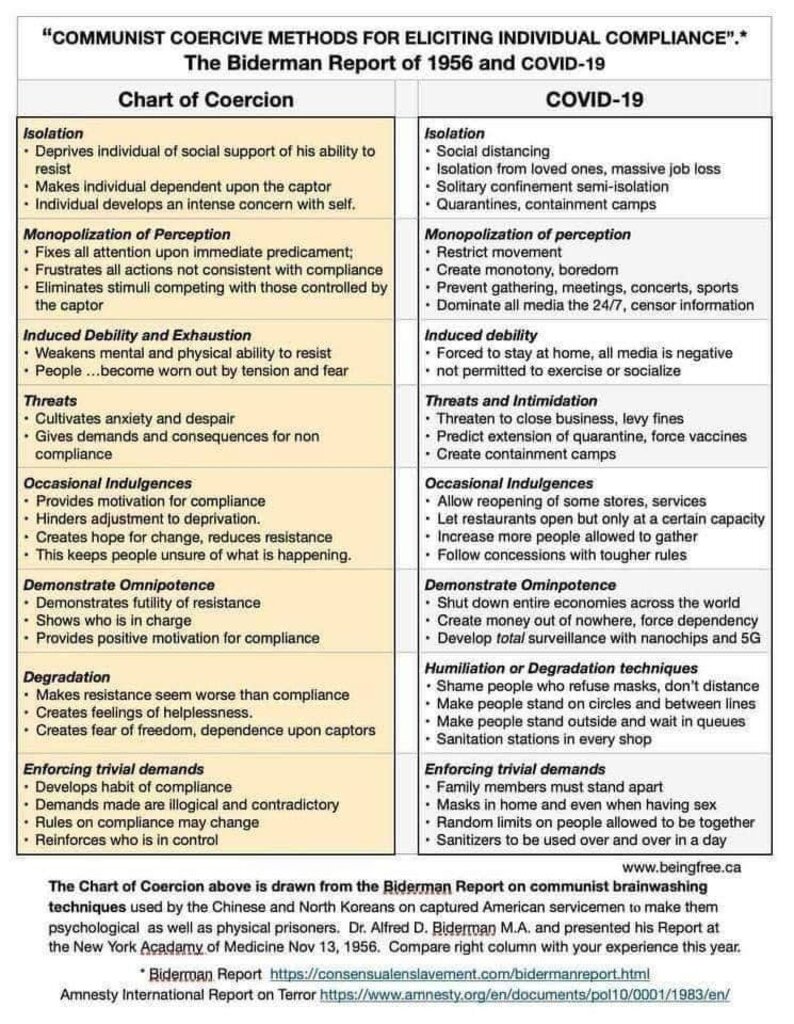