During the latter stages of the last ice age (19,000 to 17,000 years ago), Late Glacial (LG) CO2 fluttered near 200 ppm. But with the discovery of temperature-sensitive tree species in the area it can be affirmed that July temperatures were also “at least 7-8°C” in the Scandes at this time. Despite more than a doubling of CO2, there has been no consequent summer temperature increase in this remote location. 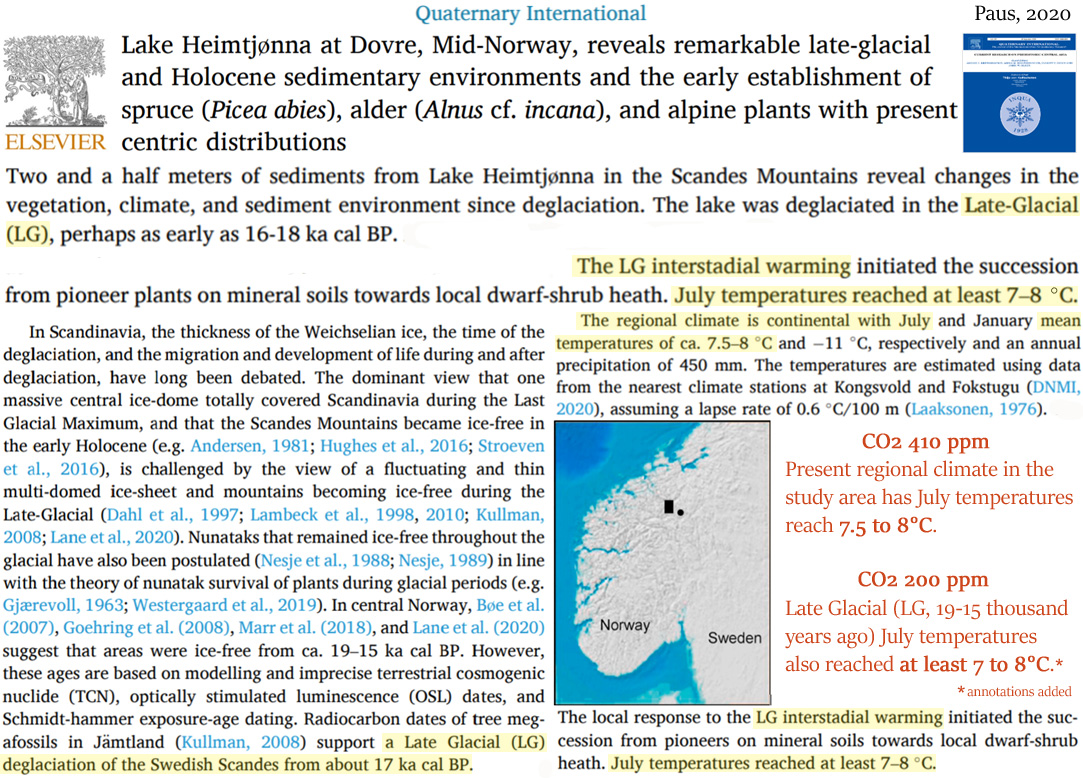 In another new study from Eastern Europe, Blagoveshchenskaya (2020) has determined January temperatures were almost 11°C warmer than the Little Ice Age (700 to 300 yrs ago) and 4°C warmer than today from about 6,000 to 4,500 years ago.

So, once again, reconstructions of Holocene temperatures do not support the narrative that CO2 and temperature changes are correlated. 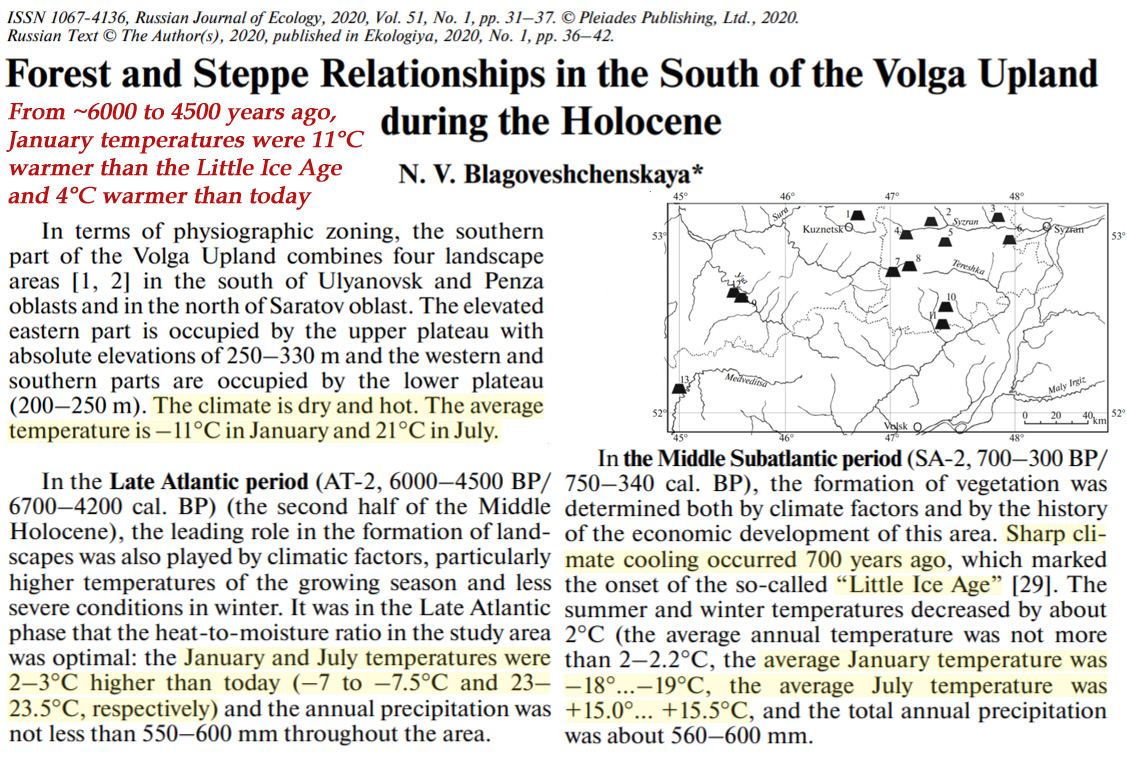