New Study: ‘The Most Suitable Place In The World For Temperature Reconstruction’ Shows Net Cooling Since The 1930s

A new 1876-present temperature reconstruction for Northern Finland shows the 1930s were the warmest period of the last 140 years. And there has been no net warming since.

Northern Finland is characterized as “the most suitable place in the world for temperature reconstruction” because it sits on the edge of where trees can or cannot grow (or survive) due to clearly defined temperature limits on growth. (For example, forests used to extend to the coast of the Arctic Ocean during the Early Holocene, indicating the Arctic region needed to have been 2.5 to 7°C warmer to accommodate such tree growth.)

Pinus sylvestris (29 trees) from northeastern Finland indicate the warmest interval since 1876 occurred in the 1930s, and since then there has been no net warming. This is visible in both tree ring width (RW) and density (MXD) analysis. 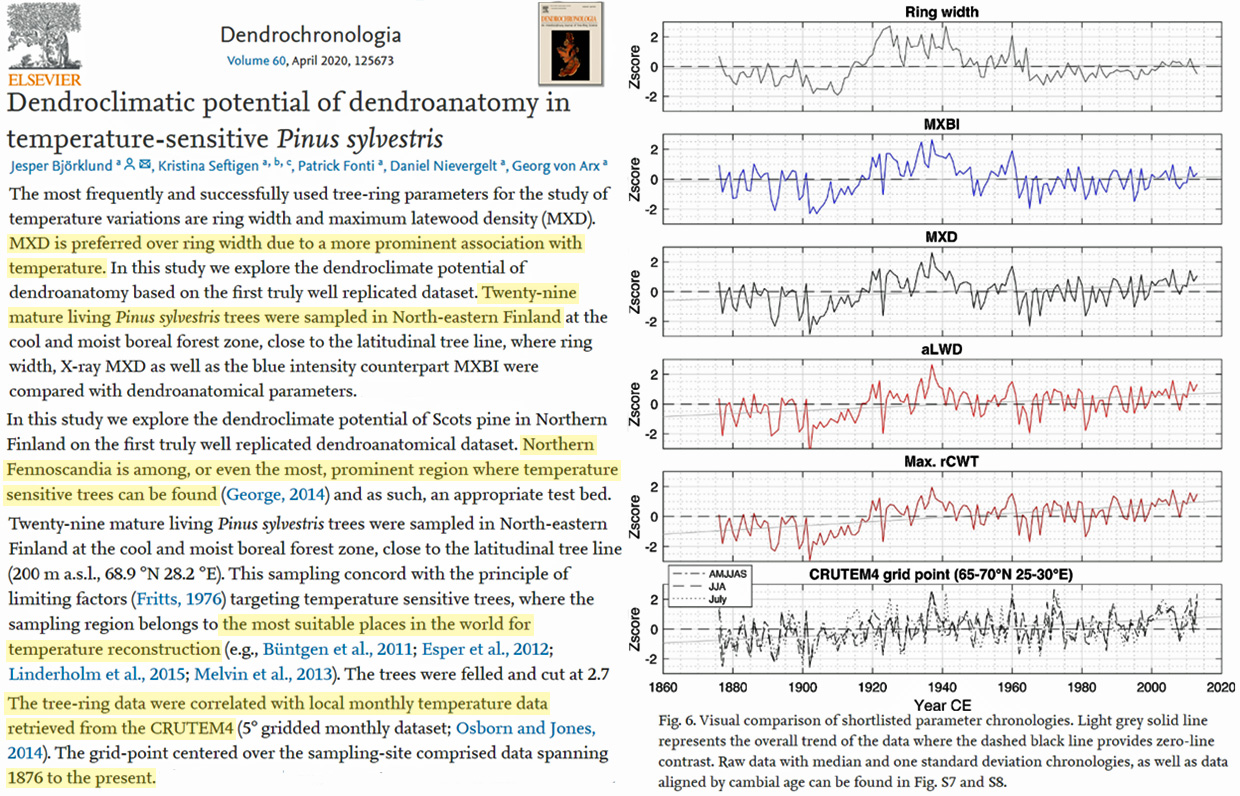 Other new “dendroclimatic” studies also show a similar temperature pattern of a warm early/mid-twentieth century and a subsequent cooling in the 1960s and 1970s prior to another warming in the 1990s-2000s. For example, in China, tree ring evidence suggest such a pattern for soil temperatures (Yuan et al., 2020), and Keyimu et al. (2020) find “A.D. 1940–1965 witnessed the longest extended warm period at Big Snow Mountain Scenic Area over the past 180 years”. 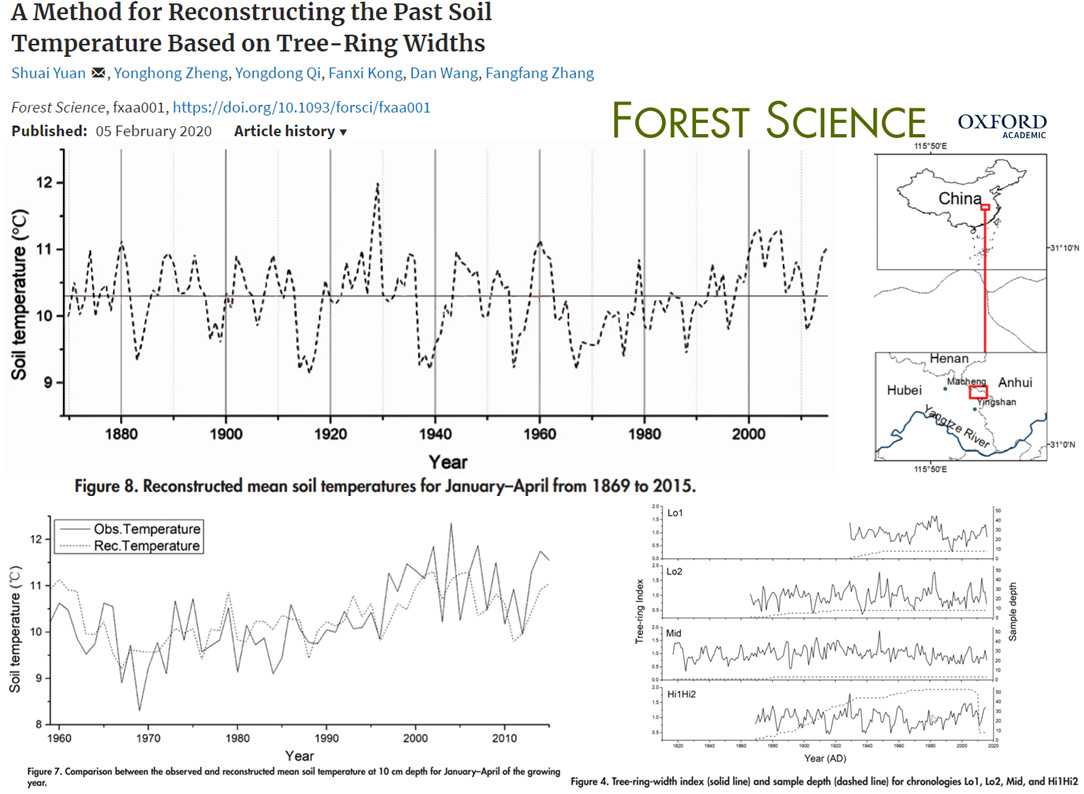 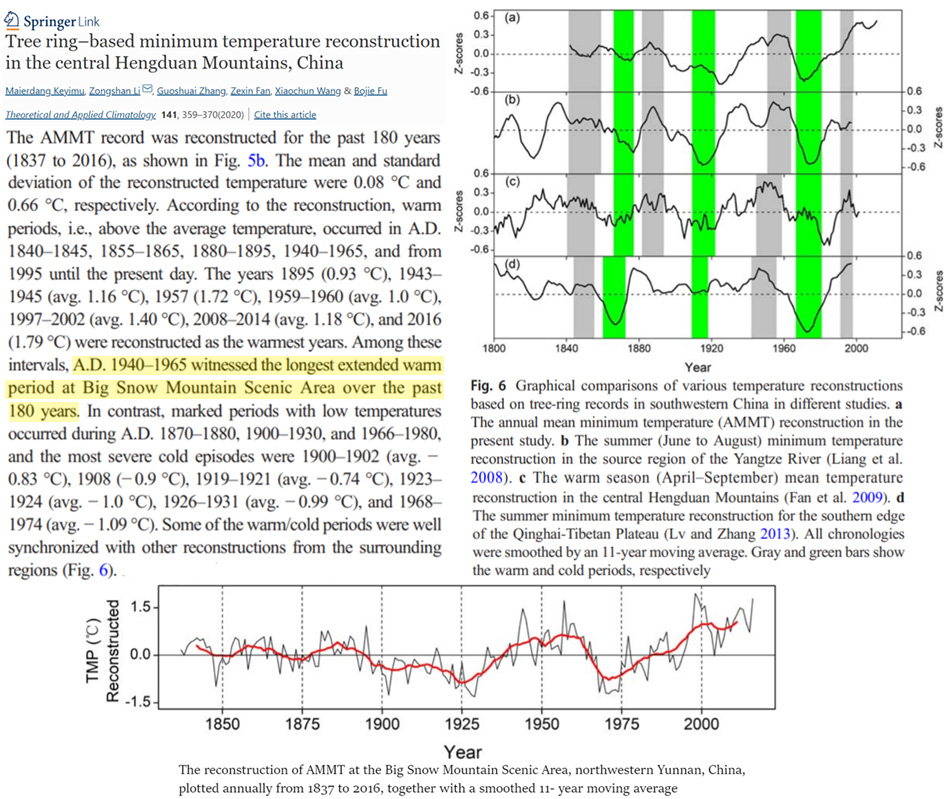 Proxy evidence from across the Northern Hemisphere may also show this same warming-cooling-warming temperature pattern. They also show the modern period is not climatically unusual relative to past ~1,500 years (Stoffel et al., 2015, Schneider et al., 2015). 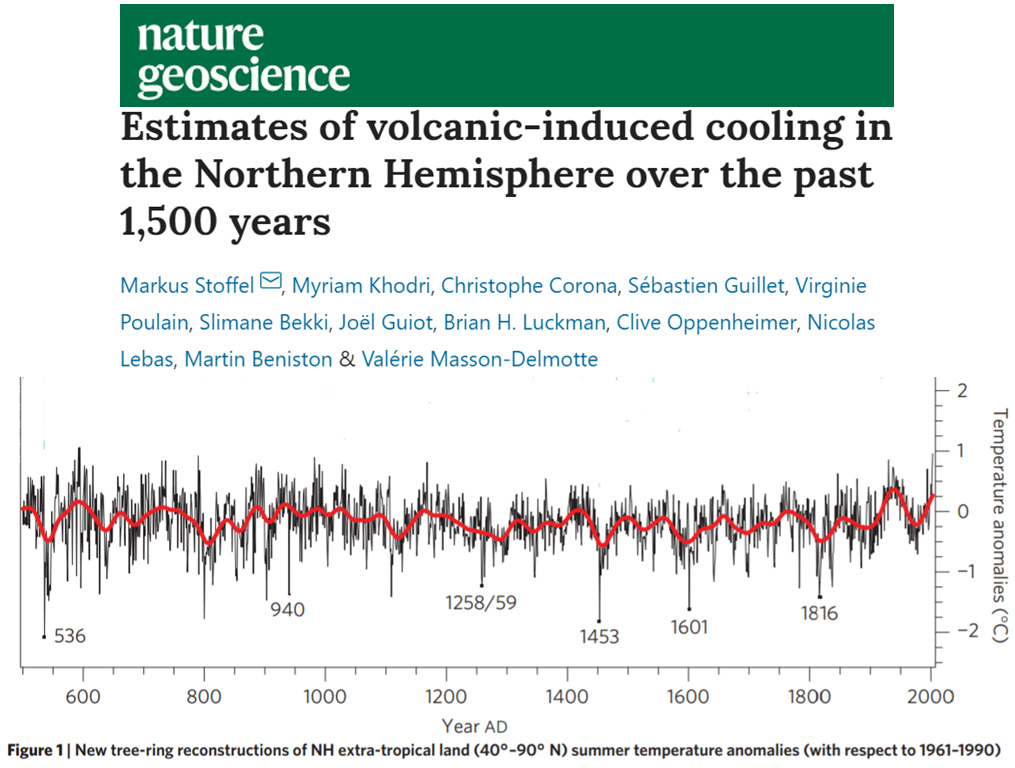 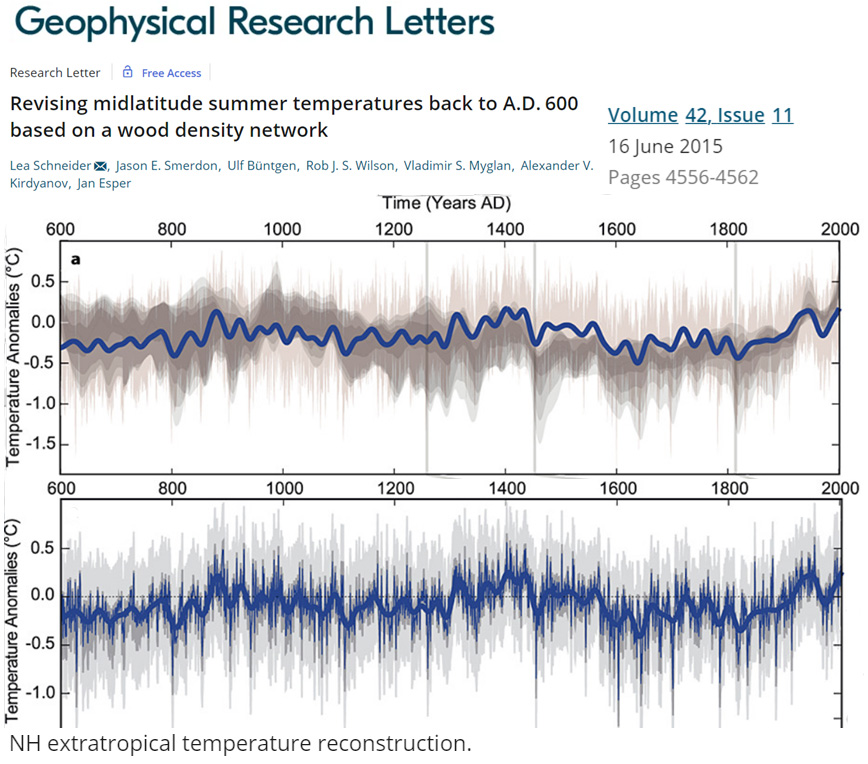