New Studies: Europe Is No Warmer Today Than It Was During Medieval Times

Two new papers use tree ring proxy evidence to suggest modern European temperatures are neither unusual nor higher than they were during the Medieval Warm Period. 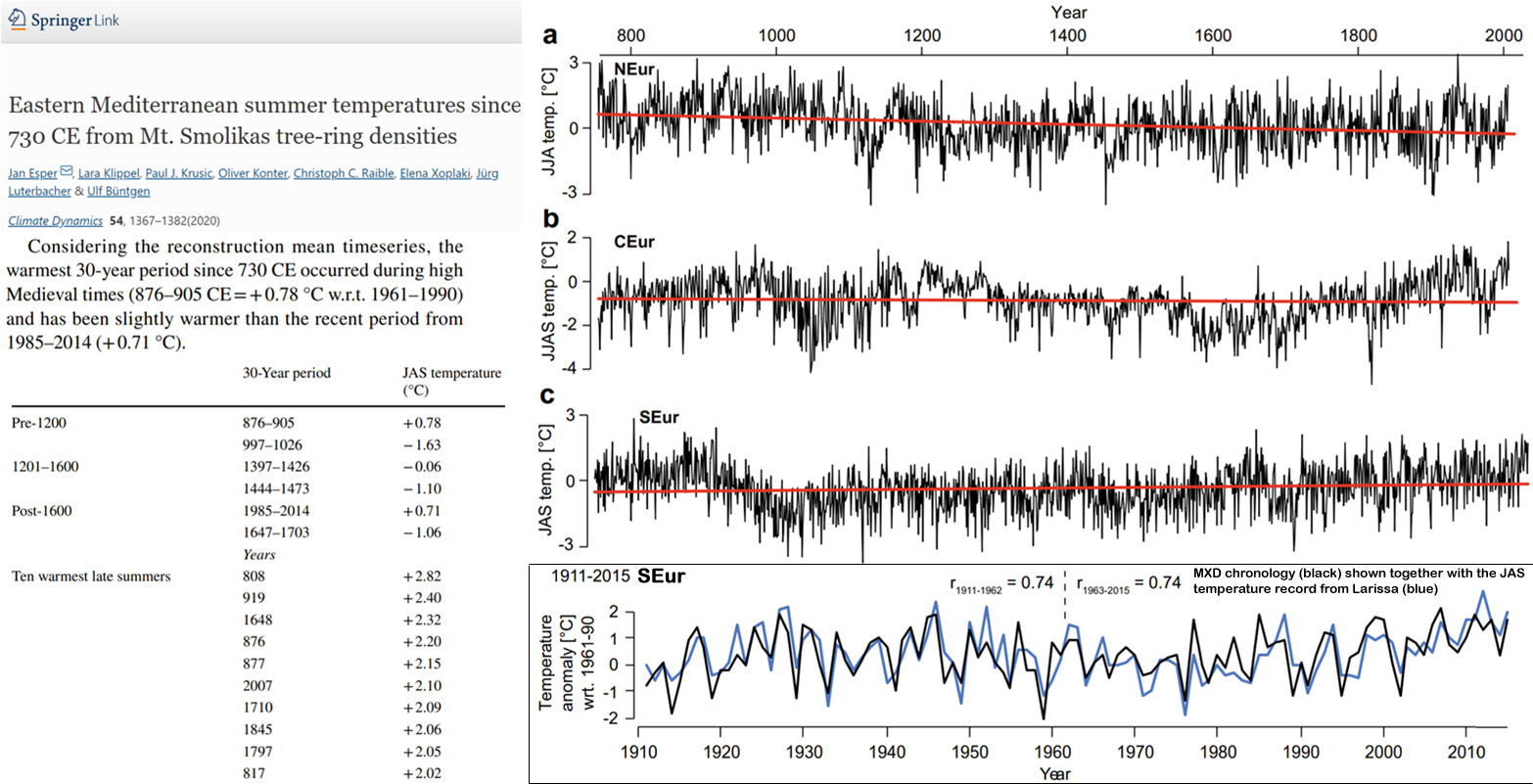 Esper et al. (2020) have produced a new temperature reconstruction for Southern Europe to complement past reconstructions for Northern and Central Europe.

The proxy evidence and instrumental record also show there has been no obvious net warming in Southern Europe since the 1940s.

Past reconstructions for Northern and Central Europe also show no unusual warming has occurred over the last century, with as-warm or warmer temperatures during the 1940s.

Ljungqvist et al., 2020  cite tree ring temperature studies from Scandinavia, Scotland, Continental Europe, and the Pyrenees that also show the 1930s and 1940s were as-warm or warmer than recent decades. 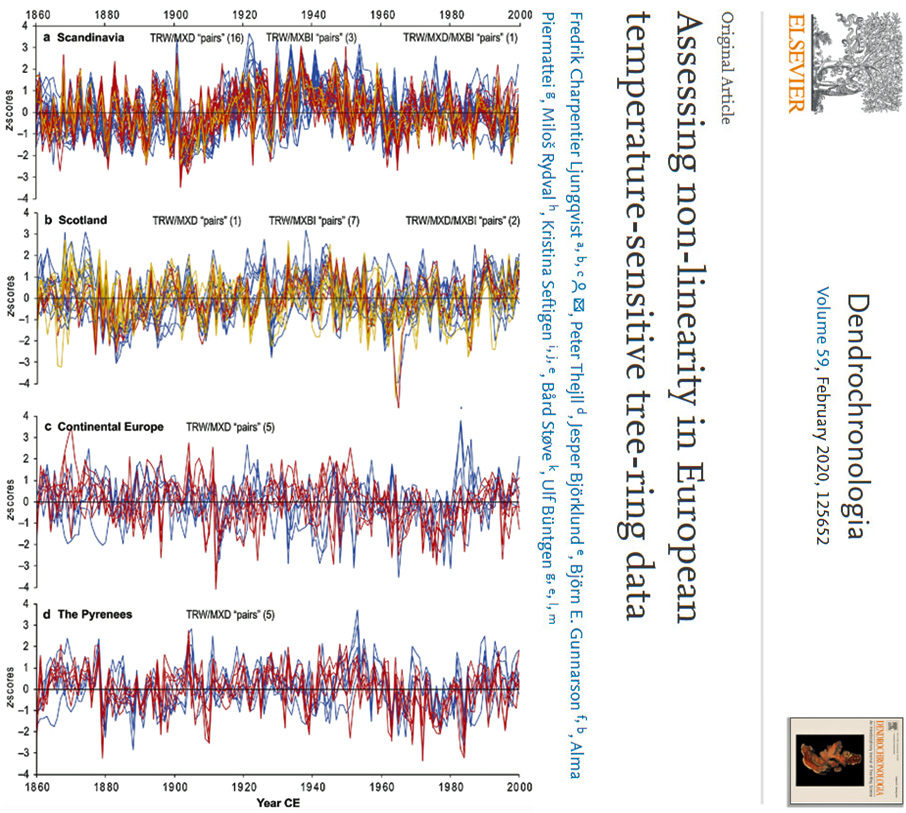