So what’s going on?

NASA and other government agencies keep telling us that the globe is warming and ice becoming more rare, yet when look out the window, things often appear to be going the opposite direction.

For example, the Greek Reporter here informed how a “rare spring snow” blanketed large parts of northern Greece. It reported: “Of course, Northern Greece is used to low temperatures and snow, but even for their standards, such an intense snowfall in April is rare.”

So why are such events happening when they aren’t supposed to be?

Altering: from cooling to warming

Today we look at the NASA data from two stations in Greece: Makedonia and Larissa, shown below: 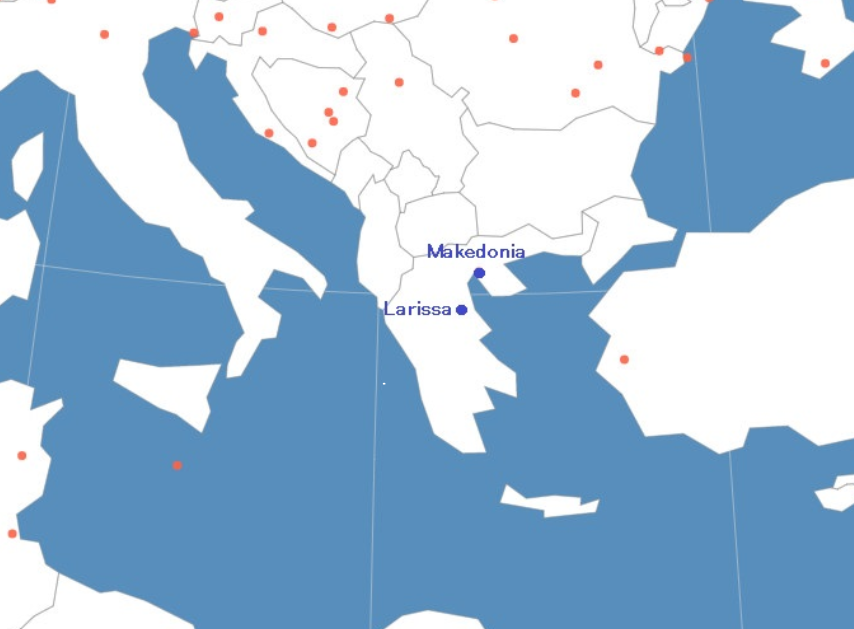 These two stations have data going back to 1892 and 1899 respectively.

As we know NASA has been busy over the last years adjusting and homogenizing data from stations around the world, again and again. Data which once stood for years, suddenly got altered – in many cases very substantially. Greece here is another example.

What follows are side-by-side plots of the two stations: V4 unadjusted and V4 adjusted: 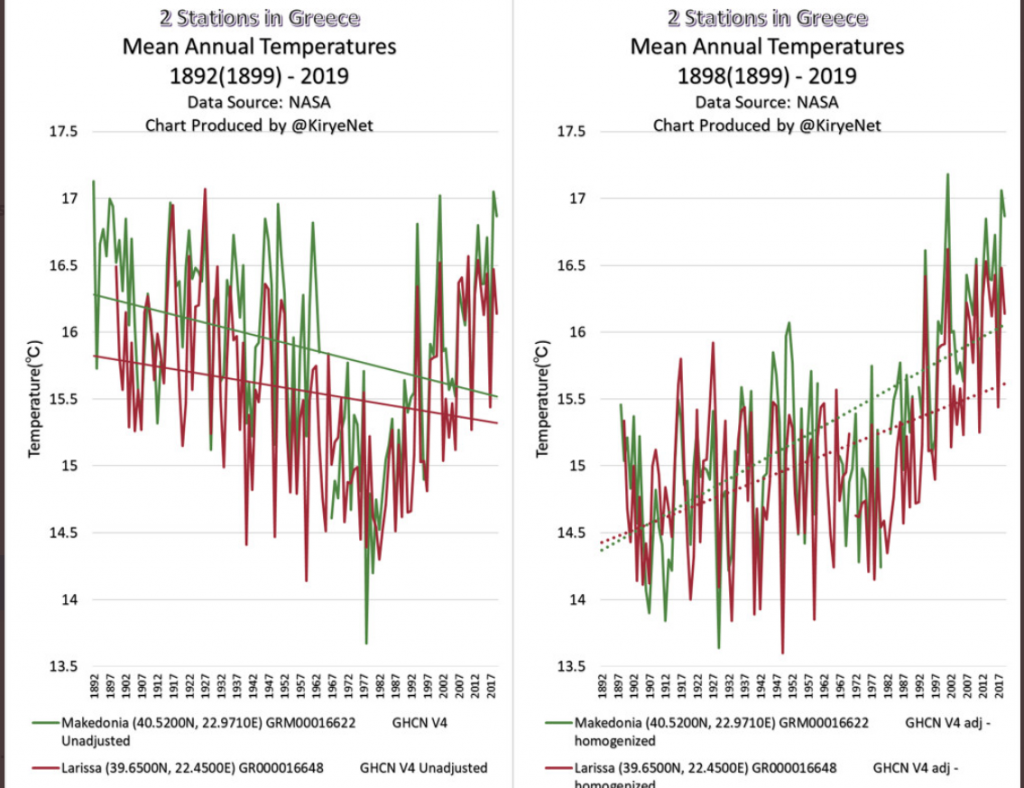 So no wonder we are seeing “rare” snow and cold in April.

But NASA altered the data for the two Greek stations and named the two new data sets “V4 adjusted”. Clearly the adjustments magically produce the warming they like to scream about.

The warming didn’t occur because the air warmed up, but rather because NASA changed the data. The warming is a fake.

Though lots of people, media and politicians are listening and believing it, the weather isn’t. Snow and cold continue to make their appearance, Greece and other places are showing.