Climactivists Pressure Georgetown U. To Divest From Fossil Fuels 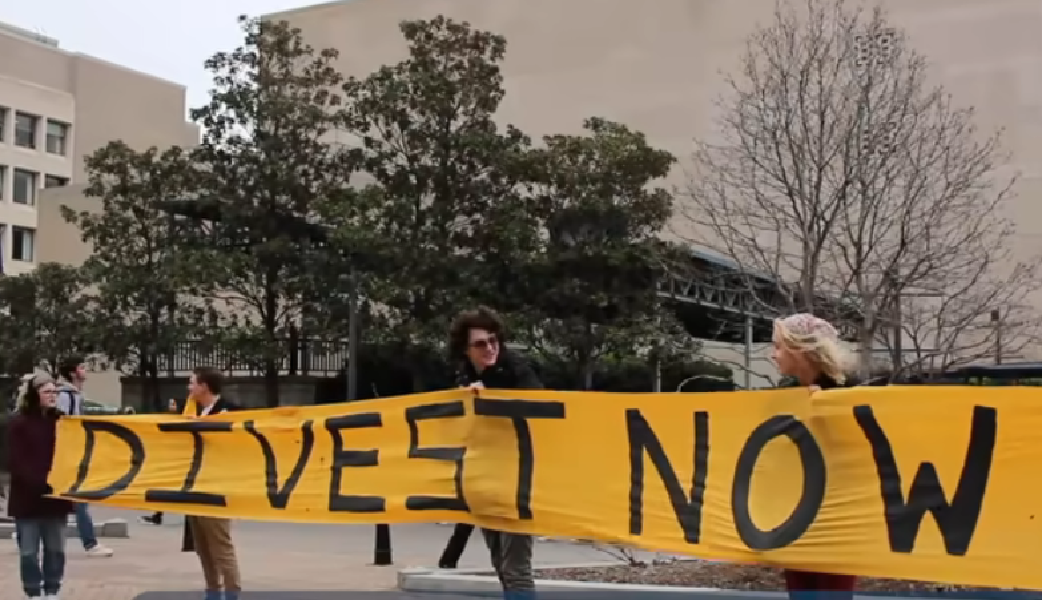 Georgetown University announced earlier in the spring semester that it will divest from fossil fuel companies for the next decade.

President of Georgetown University John DeGioia announced in a campus-wide email that the school will no longer invest in fossil fuels, but invest in companies that are more eco-friendly and sustainable.

“Our endowment has for a number of years profitably invested in the development of renewable power assets and energy efficiency companies, and we are continuing to search for new opportunities.”    Tweet This

“Our endowment has for a number of years profitably invested in the development of renewable power assets and energy efficiency companies, and we are continuing to search for new opportunities,”  GU Chief Financial Officer Michael Barry told Campus Reform.

“But climate change, in addition to threatening our planet, is increasing the risk of investing in oil and gas companies, as we expect a more volatile range of financial outcomes,” added Barry. “We will continue to evaluate the efforts of these companies, and be hopeful that many will move further toward contributing to a sustainable future.”

As GU climate activists were getting their wish, a group that proclaimed to consist of George Washington University students, alumni, and faculty were demanding their school follow suit.

The group “Sunrise GW” expressed its demands by marching to the home of GW President Thomas LeBlanc to deliver demands.

“Our main goal is to show LeBlanc that, while he may feel like student voices don’t have a role in the decisions made by the administration, we feel that they very much should,” student Izy Carney told the GW Hatchet.

A number of student governments and faculty councils at universities across the country have called on their schools to divest from fossil fuels.

In February, the faculty of arts and sciences, as well as the medical faculty at Harvard Universities, voted in support of the Ivy League divesting from fossil fuels, a motion that Harvard University President Lawrence Bacow said would be considered.

In September, the University of California system announced its plan to divest from the fossil fuel industry, as Campus Reform reported.