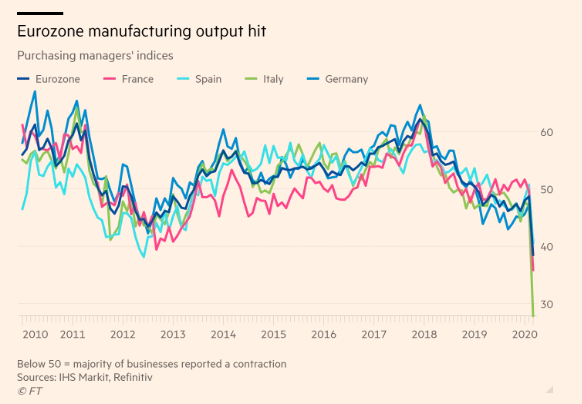 "As Europe’s economies are in full lockdown, industries facing total collapse are desperately calling on the EU to water down or at least delay costly climate policies. In this crisis it is becoming evident that the Green Deal is an existential threat to Europe’s economies and the wellbeing of the general public rather than a benefit." -- Global Warming Policy Forum, 4 April 2020