The Death Of Science Is The Real Climate Emergency

The “climate emergency”, which we are told threatens the imminent collapse of civilisation and the extinction of humanity, is a dogma being enforced by a culturally totalitarian tyranny. Threatening the living standards of millions, permitting no challenge and wrecking the livelihoods and reputations of any who dares dissent, it has been created by a repudiation of science, humanity and reason: the very markers of modernity and the west. This is the real emergency. 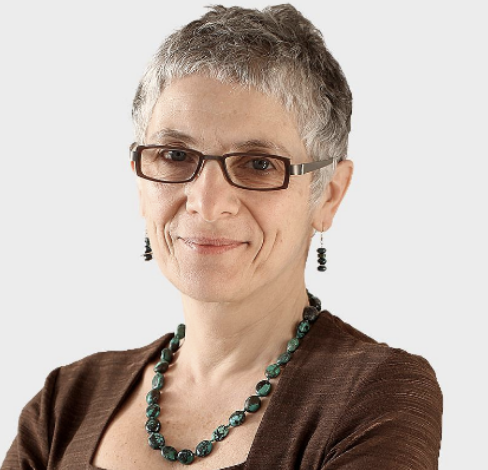 A few commentators have begun to stumble towards the fact that the policy of becoming “carbon neutral” by 2050, as adopted by the UK and the EU, would undo modernity itself.

On Unherd, Peter Franklin observes that, if carried through, the policy will have a far greater effect than Brexit or anything else; it will transform society altogether.

“It will continue to transform the power industry, and much else besides: every mode of transport; how we build, warm and cool our homes; food, agriculture and land use; trade, industry, every part of the economy”.

Franklin is correct. Even so, he seems not to grasp the full implications of the disaster he intuits – because he thinks there’s some kind of middle way through which the imminent eco-apocalypse can be prevented without returning Britain to the Middle Ages.

In similar vein he quotes Rachel Wolf, a co-author of the 2019 Conservative manifesto, who is prone to the same kind of magical thinking. She wrote:

“Government has committed to ‘net zero’ greenhouse gas emissions because it does not want the side effects of the energy sources we have used for centuries to destroy the planet. At the same time, we do not want to return to an era where children (and their mothers) regularly died, and where the majority of people lived in what would now in the UK be considered wholly unacceptable poverty. This is a staggering challenge”.

This is what we might call an understatement. What is truly staggering is, first, that any sentient person thinks this can be done and, second, that it should be done.

For it’s not just that the carbon-neutral target will destroy the livelihoods and wreck the living standards of millions of people. It’s not even that it would take Britain and the west backwards to a pre-industrial way of life.

More fundamentally, it shows that policymakers and politicians – even those who may not fawn idiotically over Greta Thunberg and who rightly view Extinction Rebellion as a bunch of anarchist vandals – have not the slightest scintilla of a clue that the whole idea of a “climate emergency” is bogus from start to finish.

Those who point this out are vilified by the chillingly offensive term “climate-change deniers” and written off as a small bunch of cranks. This merely shows the terrifying effects of groupthink. The claim that “97 per cent” of scientists support the prediction of planetary disaster through anthropogenic global warming – a figure that is itself said to have misrepresented the evidence – denies the key scientific principle that science is never settled.

It also ignores the hundreds of scientists in related fields, many with stellar reputations and some of whom themselves served as expert reviewers for the Intergovernmental Panel on Climate Change until they decided the IPCC was hijacking science for ideological ends, who have shown repeatedly that the evidence for a “climate emergency” doesn’t hold up for a moment.

What these scientists are telling us is that policy-makers are intending to destroy the west’s economic and social ecology even though:

* There’s no evidence that current changes in the climate are different from the fluctuations in climate over the centuries;

* The idea that the non-linear, chaotic and infinitely complex climate can be significantly affected by anything human beings may do is intrinsically absurd;

* All climate forecasts are based on computer modelling which is unable to process this level of complexity and unpredictability, and which is also susceptible to false assumptions fed into the programmes which produce false results;

* Much evidence of current environmental trends is ambiguous and contested;

* Much climate-related research is scientifically illiterate or the product of outright intellectual fraud;

* Scientists in climate-related fields can often only obtain grant funding if their research corresponds to apocalyptic AGW theory. This innate distorting mechanism will be hugely exacerbated by the $10 billion which Amazon founder Jeff Bezos has announced he is investing to “save Earth” from climate change, “the biggest threat to our planet”.

Nevertheless, scientists with intellectual and moral integrity are continuing to challenge this bogus science with actual facts. I reported several of these in my 2010 book, The World Turned Upside Down. Here are a few more recent examples.