‘We’re NOT Paying!’ BBC Gives Greta Thunberg Her Own Series And UK Taxpayer Viewers Are Furious

‘We’re NOT Paying!’ BBC Gives Greta Thunberg Her Own Series And Viewers Are Furious
The Daily Wire / by Emily Zanotti / 57min 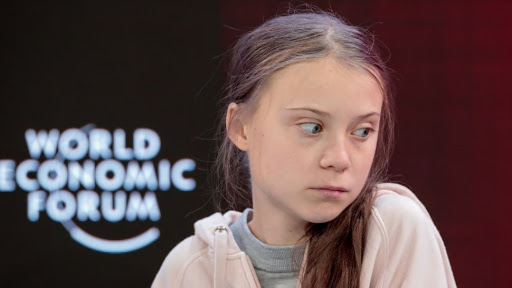 The BBC announced Monday that they’re making a “documentary series” about the life of teenaged climate activist Greta Thunberg, and British taxpayers, who fund the BBC, are definitely not happy that their tax dollars are going to pay for “climate propaganda.”

BBC Studios announced the project at the BBC Showcase trade show, according to The Wrap. Details of the show are still scarce — it’s not clear yet what the format is, how many episode there will be, or when it will premiere — but the BBC did note that the show will come from the network’s “science unit.”

“The series will follow Greta’s international crusade, which takes her to the front line of climate change in some of the most extraordinary places on earth, as she explores what actions could be taken to limit climate change and the damage it causes,” the BBC said in a statement released to reporters.

“As she travels Greta meets not only leading scientists but political leaders and business heavyweights, exploring the scientific evidence with them and challenging them to change,” the statement continued. “The films will also charts her own journey into adulthood as she continues to be confronted by the real world consequences of inaction; and will share some of the quiet moments as she writes the impactful speeches that are now broadcast and analysed around the world, as she lives a teenage life like no other.”

In other words, the show will be a platform for Thunberg to rail against climate change, speaking directly to BBC viewers the way she frequently speaks to world leaders at high-profile climate change conferences and United Nations meetings, and pressuring them to change their ways in order to head off catastrophic environmental change.

Given how private Thunberg is about her family life, though, the show will likely shy away from showcasing where and how Thunberg gets her information. Thunberg’s team has been notoriously silent about who is coaching her on “climate science” and whether she pens her own speeches and social media missives, insisting that Thunberg is investigating the issue for herself and that, while she may have assistance, she is ultimately responsible for her own material and branding.

What seems to concern BBC viewers more than Thunberg’s mysterious “team,” though, is her science. Thunberg is adamant that the world is “on fire,” and that, if global governments don’t abandon industrialization, modern agriculture, and even capitalism as a whole, that humanity will be extinct in just over a decade (if not sooner). Those predictions don’t necessarily track with climate scientists’ and BBC viewers took to Twitter to caution the network about airing “climate propaganda” on the taxpayers’ dime.

“One user wrote, ‘More reason to ditch the TV tax!!” according to the UK’s Express magazine. Another demanded, “What are her qualifications to be interviewed for anything at all? Zero.”

“This is yet more BBC propaganda and misinformation being presented as if it was factual,” added another viewer. “Another reason (if one was needed) to axe the TV tax.”

Several even tried to predict the series’ bottom line: “Let me guess: ‘we only have 10 years to save the universe.’”

At least one thing is clear: the BBC documentary will have to compete with other Thunberg-centric projects. Hulu is set to air a “documentary series” on the globe-trotting teen later this year, and there is reportedly a Greta Thunberg biopic in the works.