Today we plot NASA Version 4 data for 19 Antarctic stations going back to 1988, see map below. The 19 stations were chosen because they have both Version 3 and Version 4 data available. 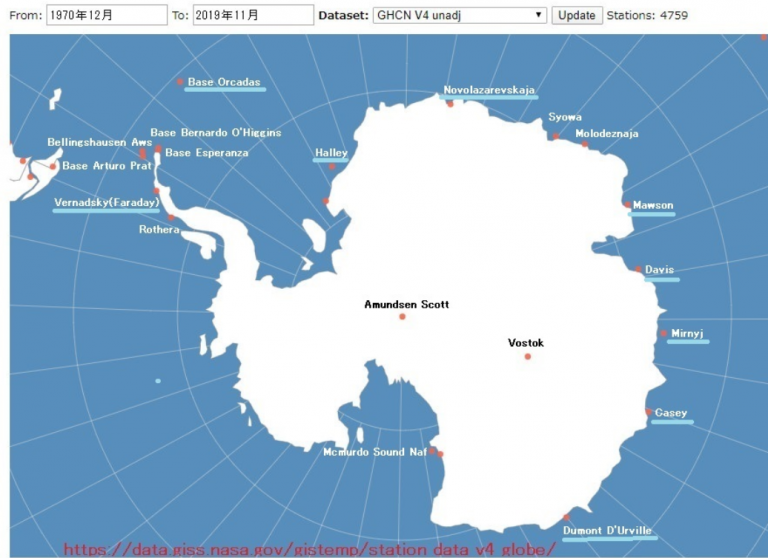 We plot the data on 4 different charts for the purpose of clarity. Included are also the volcanic areas of West Antarctica and the West Antarctic Peninsula.

Of the 19 stations plotted, 9 show no warming using NASA GISS Version 4 data. The stations that are cooling are underlined in blue on the map above. What follows are plots of the first 7 (warmest) stations: 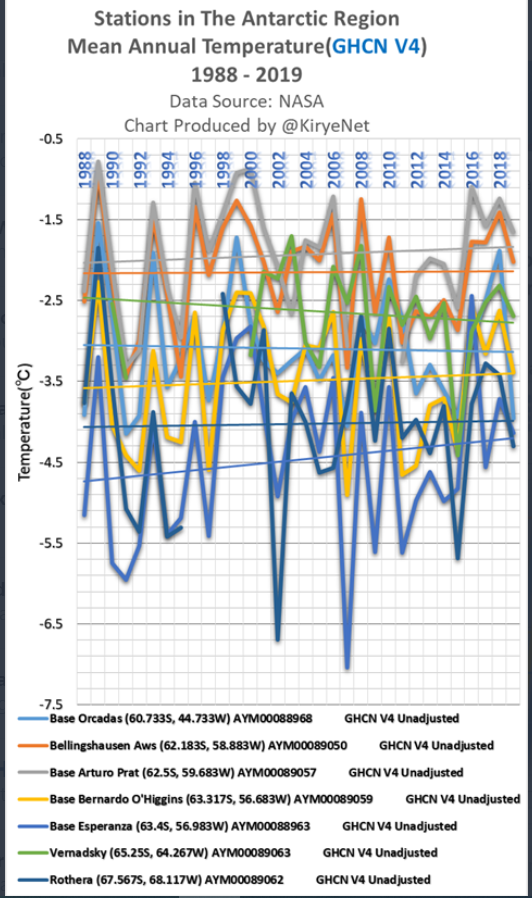 The above chart shows the data for the stations located at the West Antarctic peninsula. The data over the past 30 years show no unusual changes happening.

The next chart depicts 8 additional stations whose mean annual temperature is around -10°C. 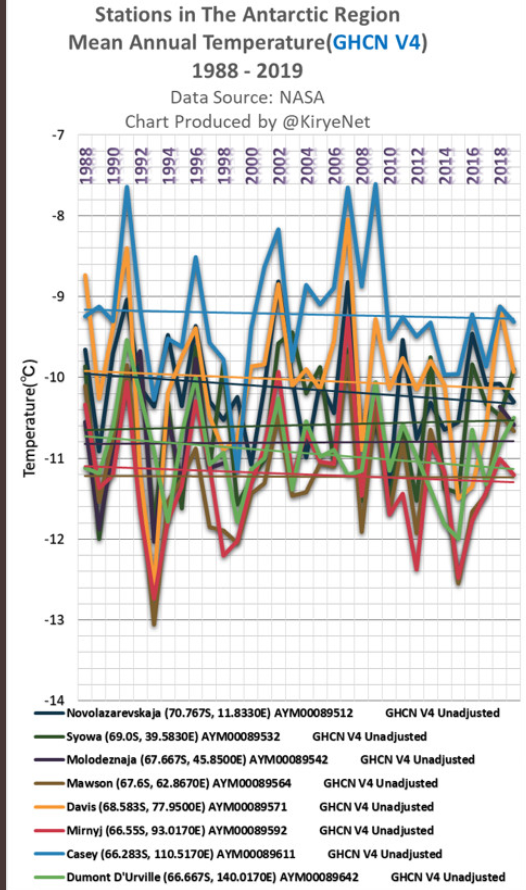 Also here we see no unusual activity from the NASA data. Most are cooling a bit, or near stable. 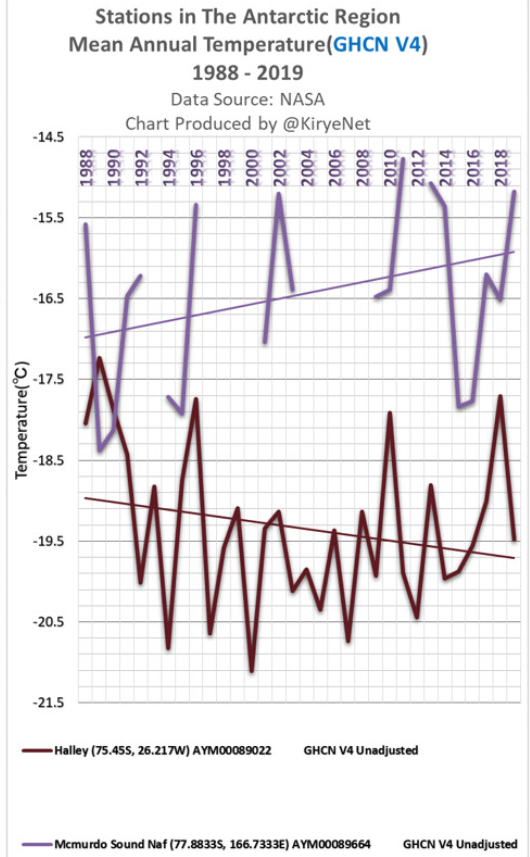 Above Halley shows a cooling trend, while the fragmented data from Mcmurdo Sound show warming, though nothing out of the ordinary.

Finally plots of the 2 remaining (coldest) stations, Amundsen and Vostok, are shown: 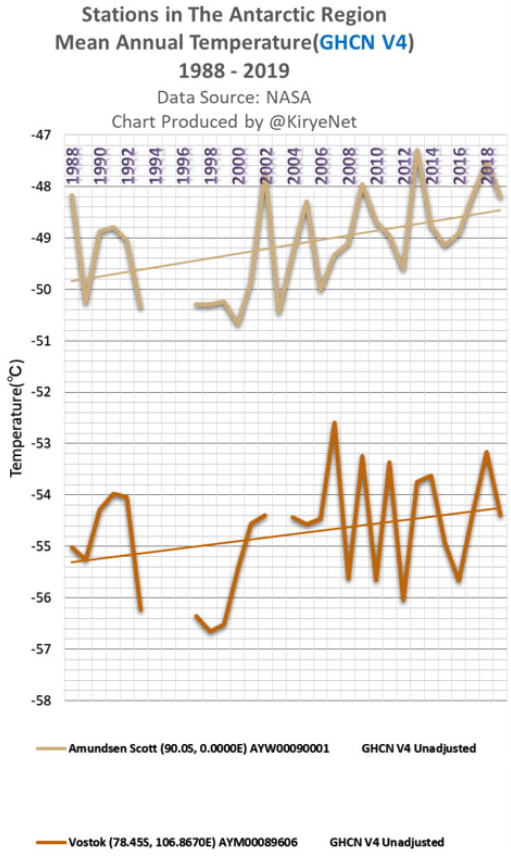 As you can see, the incomplete data of these two frigid stations suggest some moderate warming. But at those ranges, even slight atmospheric perturbations can have notable effects on temperature there.

At -49°C and -55°C respectively, they are pretty much stuck at rock bottom and suggest no sign of any unusual warming. For those waiting for signs of global climate change coming out of Antarctica, you might be waiting quite awhile longer.