Four reconstructions from the central and western High Arctic reveal July temperatures were about 1-2°C warmer than today during most of the 1st millennium and Medieval period(Tamo and Gajewski, 2019).

A few years ago, a chironomid reconstruction of Boothia Peninsula in the Canadian Arctic (Fortin and Gajewski, 2016) revealed not only were today’s temperatures the coldest of the last 7000 years, but the last 150 years “do not indicate a warming during this time.” 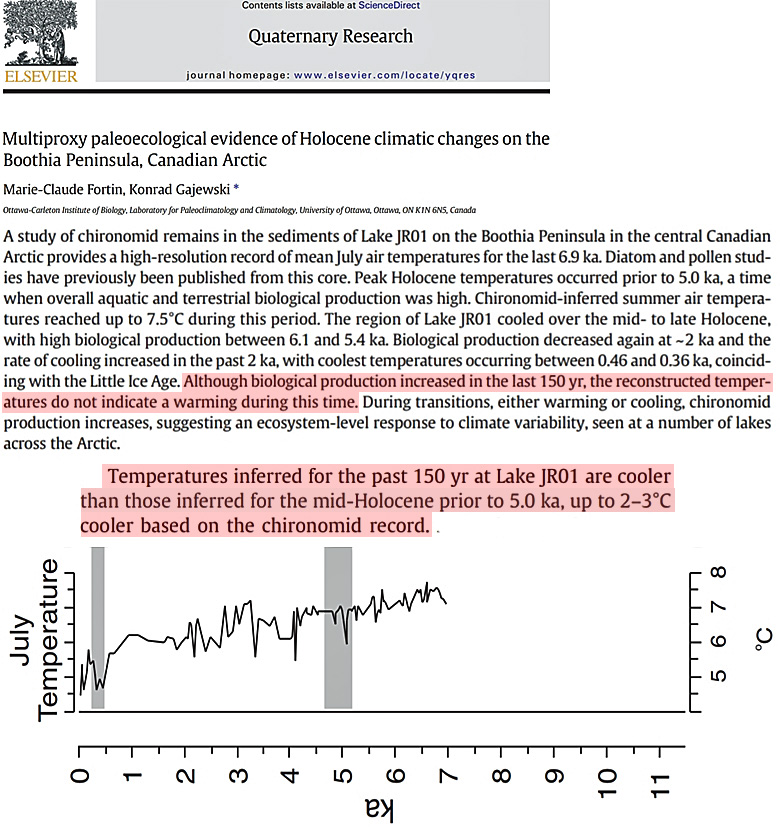 Earlier this year, another Canadian Arctic reconstruction (Bajolle et al., 2019) was published indicating temperatures were about 2-4.5°C warmer than today throughout the last 8500 years. Only 3 records mark temperatures colder than they are now.

This article appeared on the NoTricksZone website at https://notrickszone.com/2019/12/16/another-new-study-finds-the-canadian-arctic-was-about-1-2c-warmer-during-medieval-times/